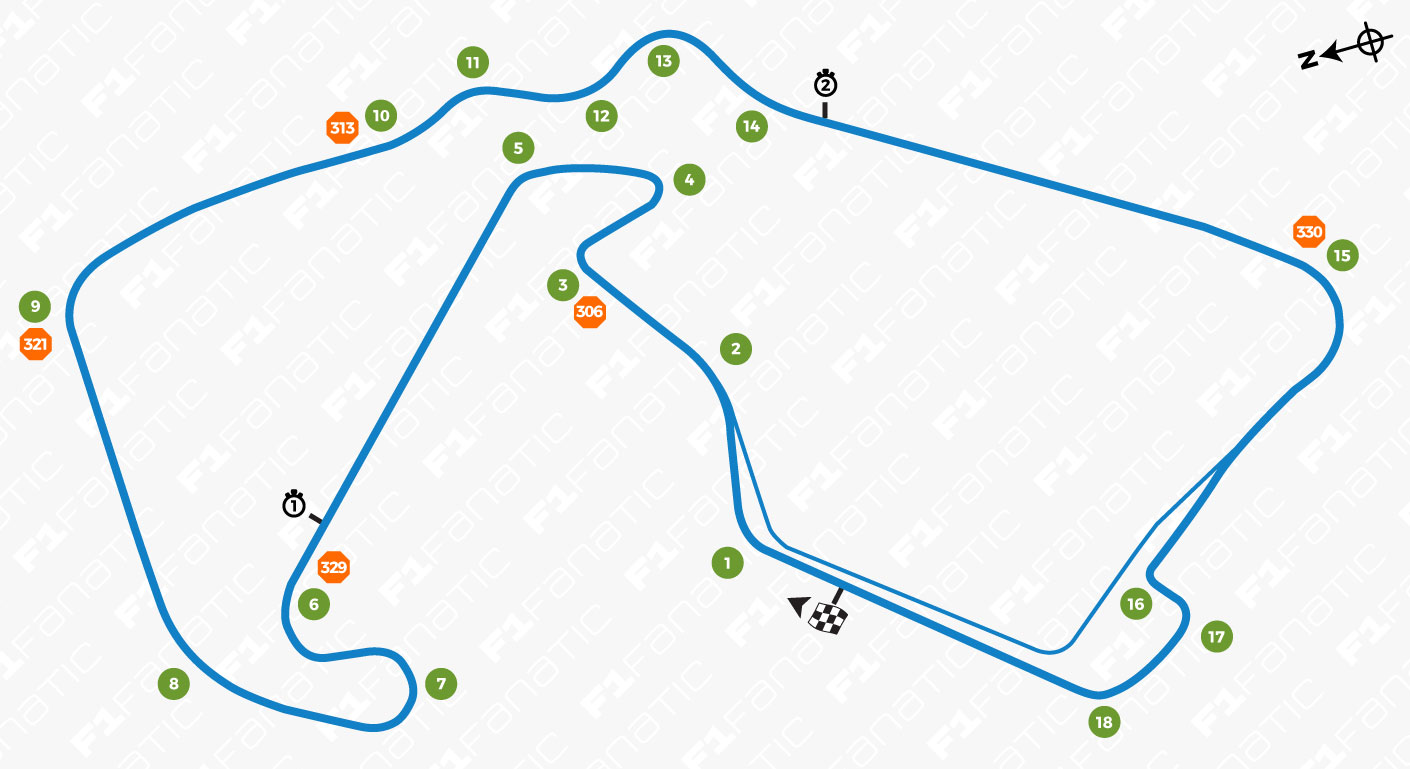 The super-fast Silverstone circuit should provide one of the most thrilling settings for this year’s new breed of Formula One cars.

As the Circuit de Catalunya and Red Bull Ring showed, the 2017 machines are at their best on tracks with plenty of medium-to-high-speed corners. And the Northamptonshire tracks has plenty of those.

The demanding stretch through Copse, the Maggotts/Becketts sequence and on through Stowe should give the most dramatic impressions of what these cars are capable of.

Lewis Hamilton trimmed the track record to 1’29.243 last year. Expect the new cars to carve a few more seconds out of that, particularly as Pirelli has brought its super-soft tyres this weekend.

It’s now 30 years since Silverstone became the exclusive host of the British Grand Prix. During this time the track has seen periodic changes including the construction of an entirely new start/finish complex and pit building in 2011.

But for the most part it has retained its high-speed character. The drivers will be relishing the opportunity to see what this year’s cars can do at Silverstone.

A lap of Silverstone

When the world championship began Silverstone’s start/finish line was on a straight approaching Woodcote (now turn eight). It was later moved to the approach to Copse (turn nine) and since 2011 has been at the exit of Club (turn 18).

“You start off on the new main pit straight before taking the first turn flat-out,” explains Romain Grosjean. “Then you come into two hairpins. The first one is more open than the second one, and the second you really want to go for as early as you can.”

A good run through Village and The Loop can open up overtaking opportunities heading into Brooklands (turn six). “Then you go through the old last couple of corners – very tricky braking here – before going along the old pit straight. It’s very tricky here on power, as well.”

From here the drivers enjoy one of the quickest series of corners on the entire calendar. Come qualifying, they will tackle the next six corners with at most the merest hint of a lift.

“It’s a great sensation in the car here,” says Grosjean. “You stay flat-out as much as you can into Maggotts and Becketts, and then downshifting every corner a gear, and then you’re onto the Hangar Straight to Stowe corner.”

Staying close enough through these quick corners to make a passing move on the straight won’t be easy, especially as the next corner also has a high entry speed.

“This is another tricky one where you enter very quickly,” says Grosjean. “You want to go on the power as quick as you can, but the corner is closing down more than you think.” Several drivers have been caught out at the exit in recent years, particularly during Silverstone’s not-infrequent showers.

“Then you go to the last chicane – heavy braking and it’s very bumpy. Then you’ve got your final throttle application with a lot of g-force on the right-hand side and you cross the finish line.”

As at the exit of Copse, the run-off on the outside of Club is rather generous and it’s not unusual to see drivers having lap times deleted for getting too greedy with the exit kerb.