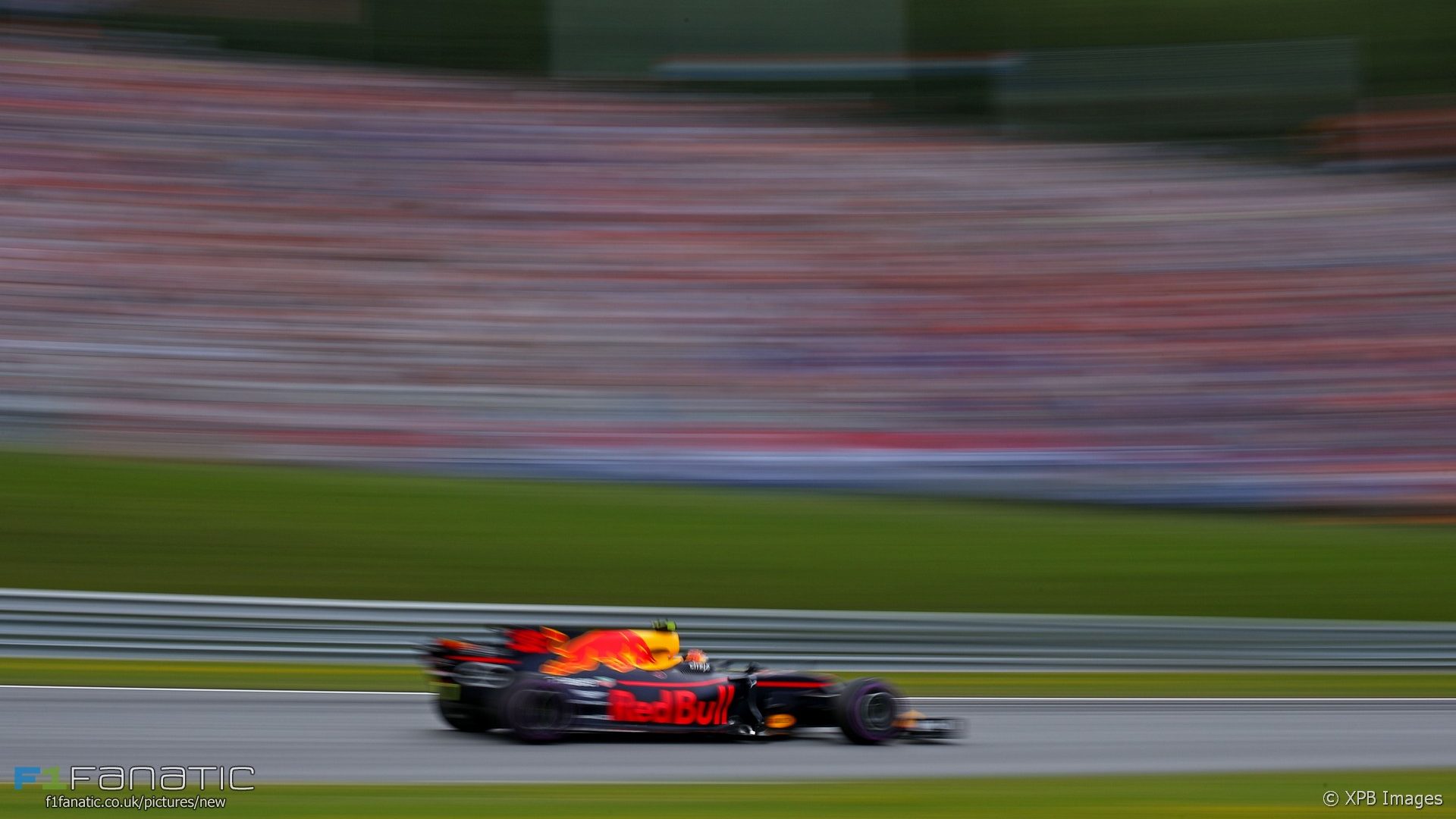 “I hoped for a little better balance in the car but overall it was not too bad,” said Verstappen, who qualified sixth but will start Sunday’s race from fifth on the grid following Lewis Hamilton’s penalty.

“I tried a lot of different lines at turn three and all the time I was losing the rear of the car,” said Verstappen, who was heard describing his problems at the corner on the radio during the session.

Verstappen spun off at the end of the session while trying to improve his time. “On my final run I was gaining time but I didn’t get DRS down the straight as [Romain] Grosjean was stopped on track. You lose easily two and a half tenths on that straight if you don’t have DRS.”

“I tried to get a little more out of the next corners but I picked up the throttle maybe a little too early at turn seven and lost the rear.”

Red Bull are unlikely to be in a position to repeat their win from two weeks ago at their home track, says Verstappen.

“Tomorrow I don’t think we are quite there in terms of speed to fight with Mercedes and Ferrari,” he said, “but as we have seen a lot can happen in the race so anything is possible.”