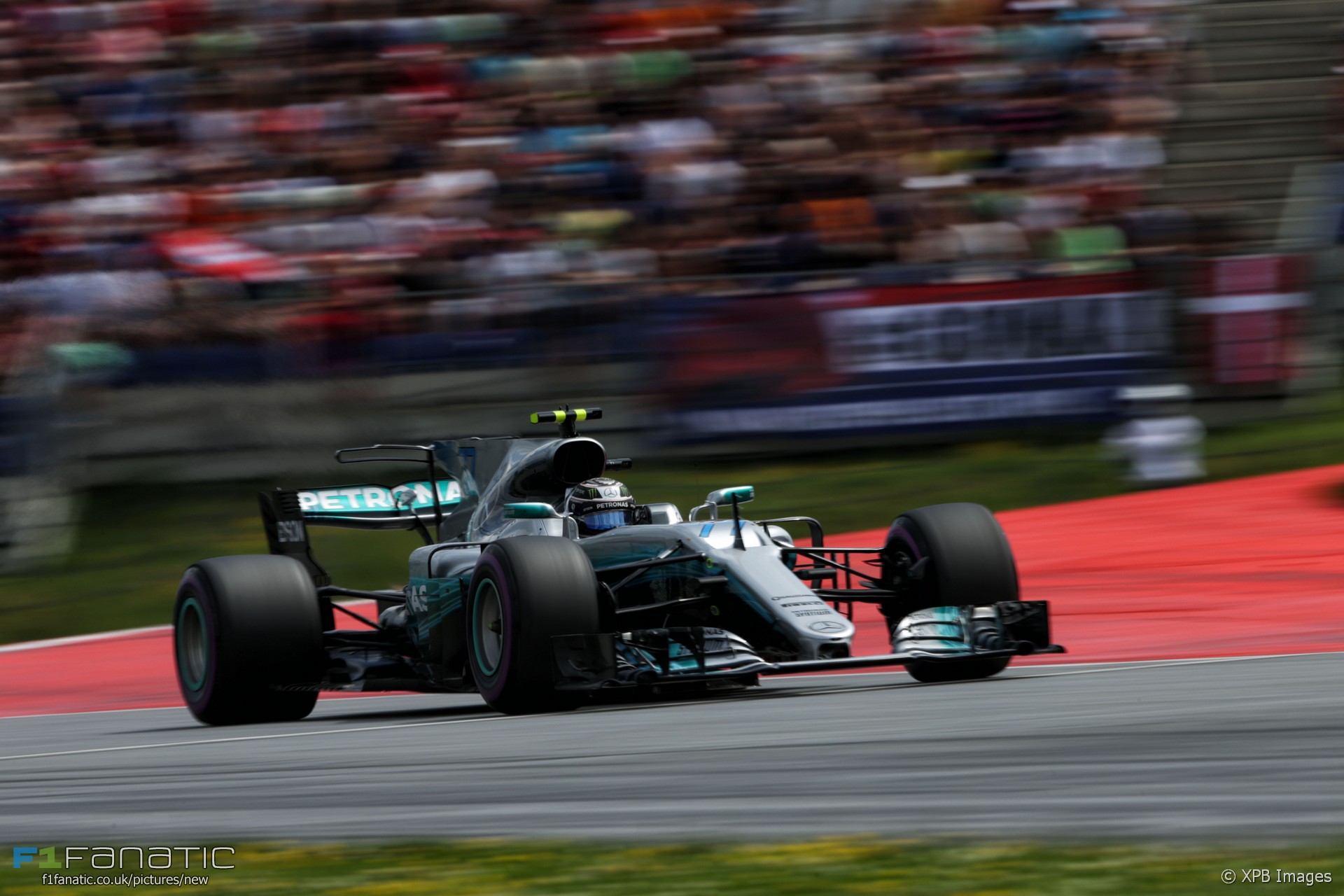 During the final laps of the Azerbaijan Grand Prix Lewis Hamilton suggested to Mercedes they could use Valtteri Bottas to help him catch up to Sebastian Vettel.

Bottas was busy getting stuck into Lance Stroll, however, so it didn’t happen. And nor, it seems, will Mercedes use such tactics this weekend.

Asked after qualifying whether he might help back Vettel into Hamilton, Bottas said that from “what I’ve seen on the pre-race strategy notes, that kind of plan is not on those notes”.

“It makes no sense for Valtteri to slow down,” added Hamilton. “That will not be the case. It makes sense for him to push as hard as he can to win the race.”

Hamilton’s five-place grid penalty means he will start from eighth on the grid. He needs a repeat of his superb lap one at this track three years ago, when he leapt from ninth to fourth, to ensure he is in content for a podium finish or better.

Starting on the harder super-soft compound tyres will make that more difficult as the other drivers in the top ten will be on ultra-softs which should come up to temperature more quickly. The good news for Hamilton is this will allow him to run what Pirelli believes is the quickest available strategy.

According to F1’s official tyre supplier the fastest route to the end of the race would be one stint on super-softs and one on softs. This they believe will be marginally quicker than the ultra-soft/soft route which the rest of the top ten are most likely to use.

A key determining factor will be how long the ultra-soft runners stay out for. Hamilton will be looking to run to around lap 26, some eight laps later than the others. But if the ultra-softs hold up better than expected – and they often do – Hamilton’s runners may be able to stretch that first stint long enough to negate his advantage, especially if he gets stuck in traffic. And if the ultra-softs do go that far, they can run the super-softs to the end.

“I don’t think it’s going to make a big difference if I’m really honest,” said Hamilton when asked if starting on the super-soft might give him an advantage. “It’s a slower tyre so, I think in the first stint, it’s just about length.”

Of course the strategy questions become simpler for Hamilton if he’s able to deploy the Mercedes grunt to make up positions. Note the times in sector one, the prime spot for overtaking: Mercedes are first and second, and the next-quickest car has a Mercedes power unit.

Will Bottas claim his second win? Can Hamilton limit the damage to Vettel in the championship? And how will the Red Bull pair get on at their home race?

Share your views on the Austrian Grand Prix in the comments.

16 comments on “No plan to hold up Vettel for Hamilton, says Bottas”