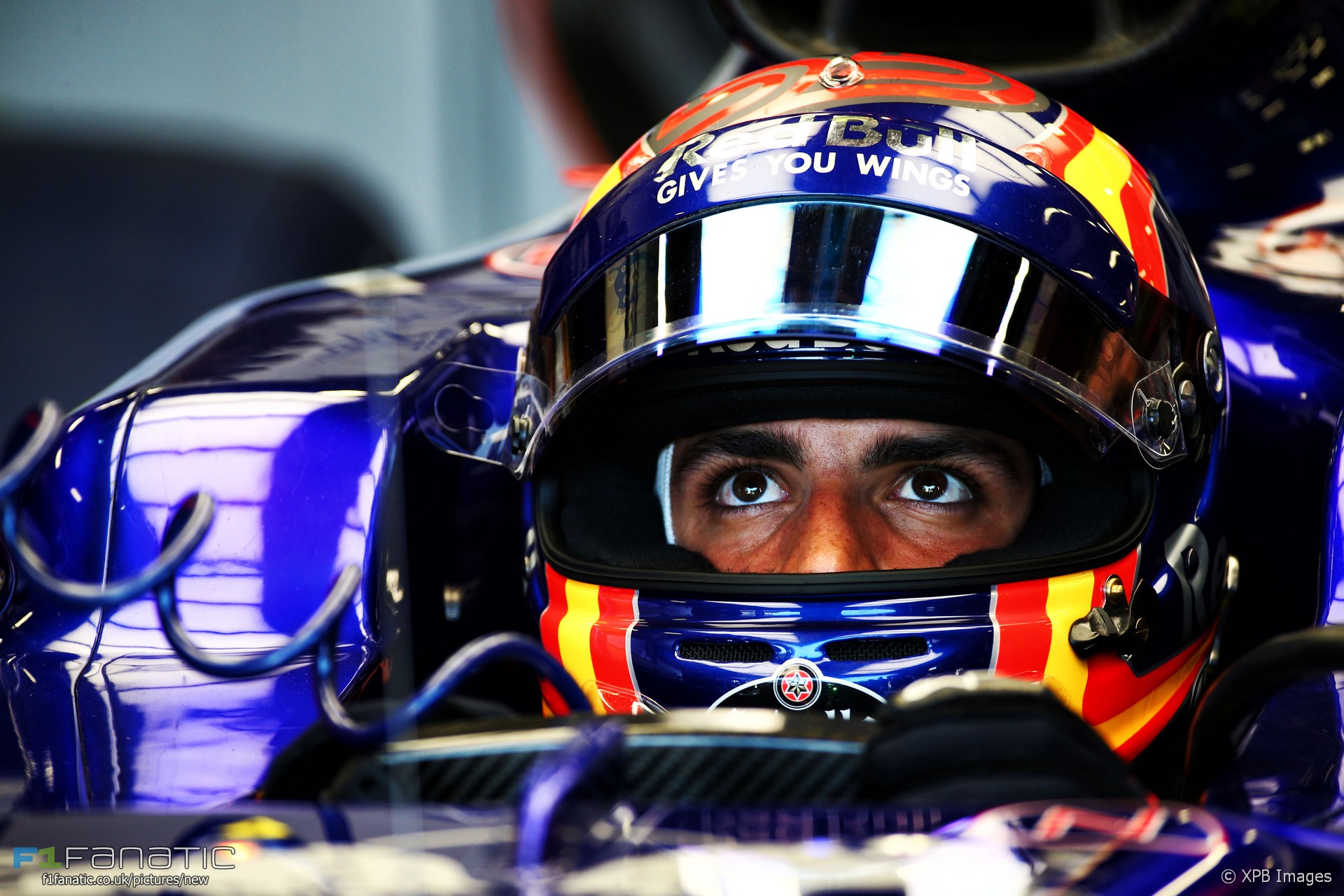 Red Bull team principal Christian Horner has responded to Carlos Sainz Jnr’s claim he is unlikely to be in a Toro Rosso next year by insisting he will remain at the team’s junior squad.

Sainz told the media yesterday he does not expect to return for a fourth consecutive season at Toro Rosso. “Well I don’t know where he think he’ll be then,” said Horner in response.

“Contracts are clear. You have to remember these guys, he only got an opportunity in Formula One because of Red Bull investing in him in the junior years.”

“It’s a little disingenuous him to be making comments like that when a lot of investment goes into these guys to give them the opportunity. Without Red Bull he wouldn’t be sitting in a Formula One car.”

Horner said it was doubtful Red Bull would loan Sainz out to another team such as Renault. “I can’t imagine that scenario,” he said. “Toro Rosso are ahead of Renault at this point in time. They’re doing a good job so it wouldn’t make sense to loan him out.”

Horner also denied claims Red Bull’s victory in Baku would make it harder for their drivers to exercise an escape clause in their contracts as the team have fulfilled an obligation to provide a ‘race-winning car’.

“It doesn’t make any difference to the contracts,” he said. We’re very clear on who are drivers are for next year which are the same numbers that are on the car for this year.”