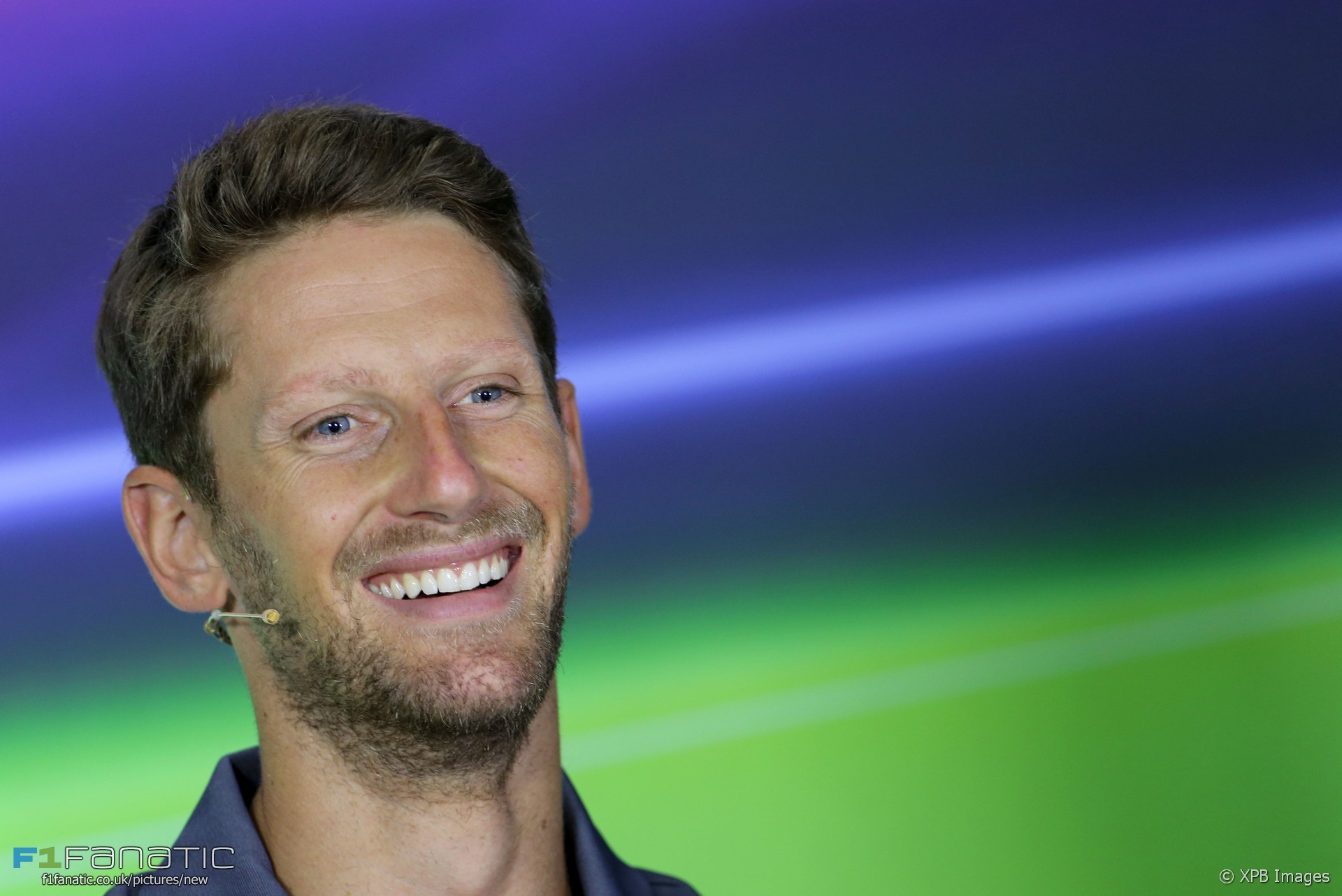 Romain Grosjean believes he’s “in a good position” to join Ferrari if a seat opens up with them for 2018.

The Haas driver has been tipped for a move to the team which supplies the engine and ancillaries for his car.

“I think it’s early days, we are not even in July,” said Grosjean when asked about his chances of moving to Ferrari in 2018.

Both Ferrari drivers are out of contract at the end of this year. But as Sebastian Vettel leading the drivers’ championship, Kimi Raikkonen is considered the more likely of the two to lose his seat.

“Who knows what the F1 grid is going to be like next year?” Grosjean said. “Valtteri [Bottas] is of course waiting on Mercedes.”

“So I don’t know. If there is an opportunity, a seat, I believe I’m in a good position. But it doesn’t necessarily mean everything.”

Grosjean said the example of Bottas taking the seat vacated by Nico Rosberg at the end of last season showed “life is full of surprises.”

“If you ask Valtteri what he was doing on the 15th of December I’m sure he would say ‘I’m going again with Williams’. Next thing you know you’re in a world champion car. So it’s a phone call. The best we can do is do a good job on the track.”

Only two drivers in F1 today have gone longer without winning a race than Grosjean. The Haas driver admitted to feeling some frustration at having gone so long without being in serious contention for victory.

“I’m frustrated sometimes because I love winning and that’s what matters to me in Formula One,” he said. “Obviously coming from categories where you’ve won everything and then you come to F1 and you don’t get a chance to win a race.”

“It’s like you’re starting a hundred metre race ten seconds behind the others. But it’s great as well to see that we can start from zero, a new team, and we can build and surprise a lot of people.”

“Everyone was ‘oh yeah, Haas is coming to Formula One, they’ve got four years full-time in the wind tunnel, they’re going to be great’. And then last year we struggled a bit and people were like ‘that’s normal for Formula One’. But actually the whole process was to prepare 2017 and now we’re already on 2018 and trying to get better every year.”

“So kind of the race starts from P7 onwards. Williams and Force India have been very fast recently so you’ve got one spot, maybe two spots in the top ten to score points. It’s very tricky.”

“We lost a fair amount of points in Melbourne with the issue on the power unit while we were ahead of the midfield. But we’re working hard and I’m hoping that we can enjoy a bit more the fight for bigger points.”