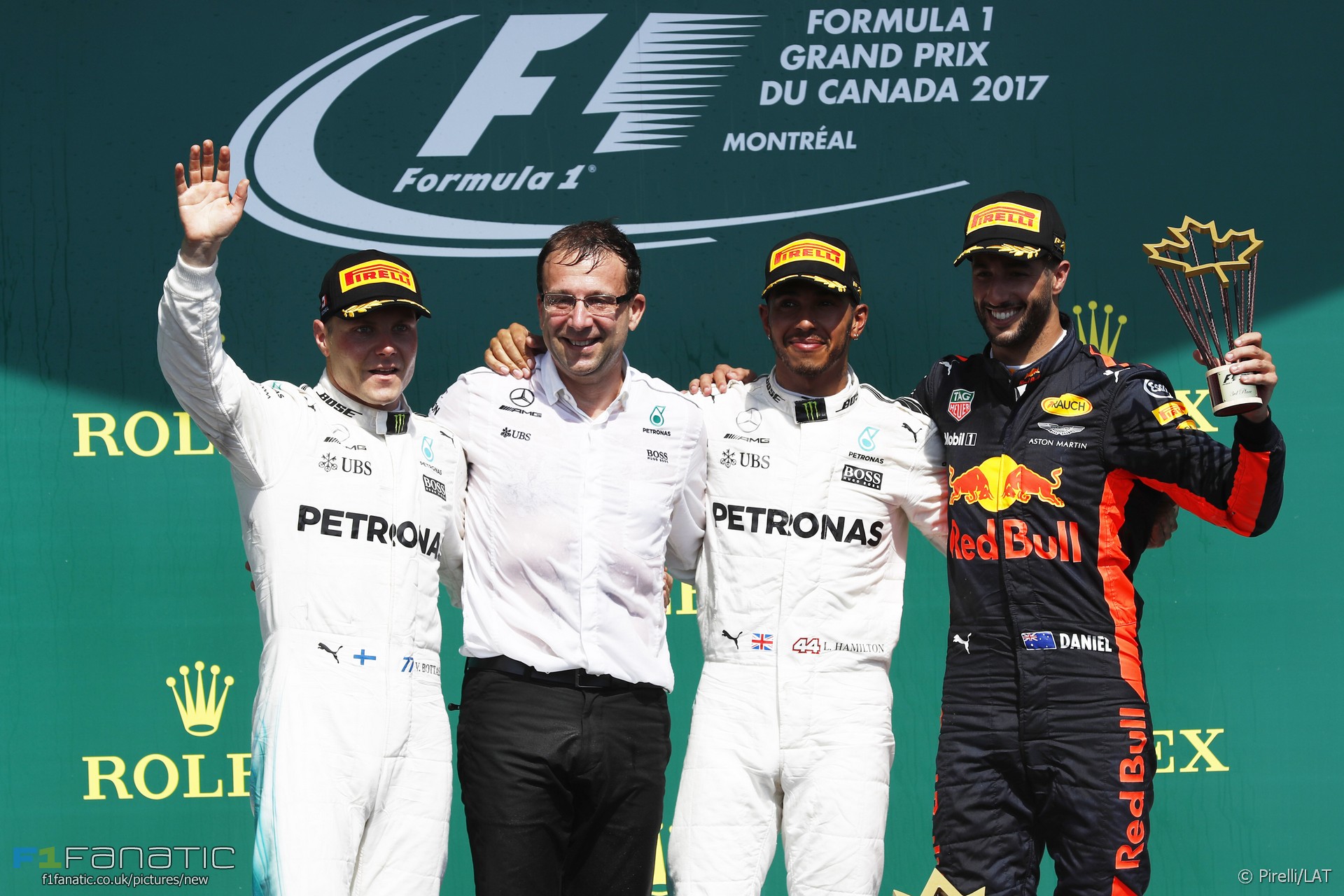 A low-scoring round for the top players in the Predictions Championship means the points situation has closed up following the Canadian Grand Prix.

More than half of players predicted Sebastian Vettel would win and take pole position, but it was Lewis Hamilton who triumphed in Montreal.

The top player in the last race was @MarkHepworth, who grabbed 31 points and also won a copy of the current official Formula One game. @Jcheritier was second on a tie-breaker, while @Dougracing took third.

@Racerdude7730 remains ahead in the championship but only added three points to their tally at the last round.

There are prizes to win every race weekend and at the end of the season for the top scorers. The F1 Fanatic Predictions Championship is free to enter. You will need an F1 Fanatic account to place so sign up here if you haven’t got one.