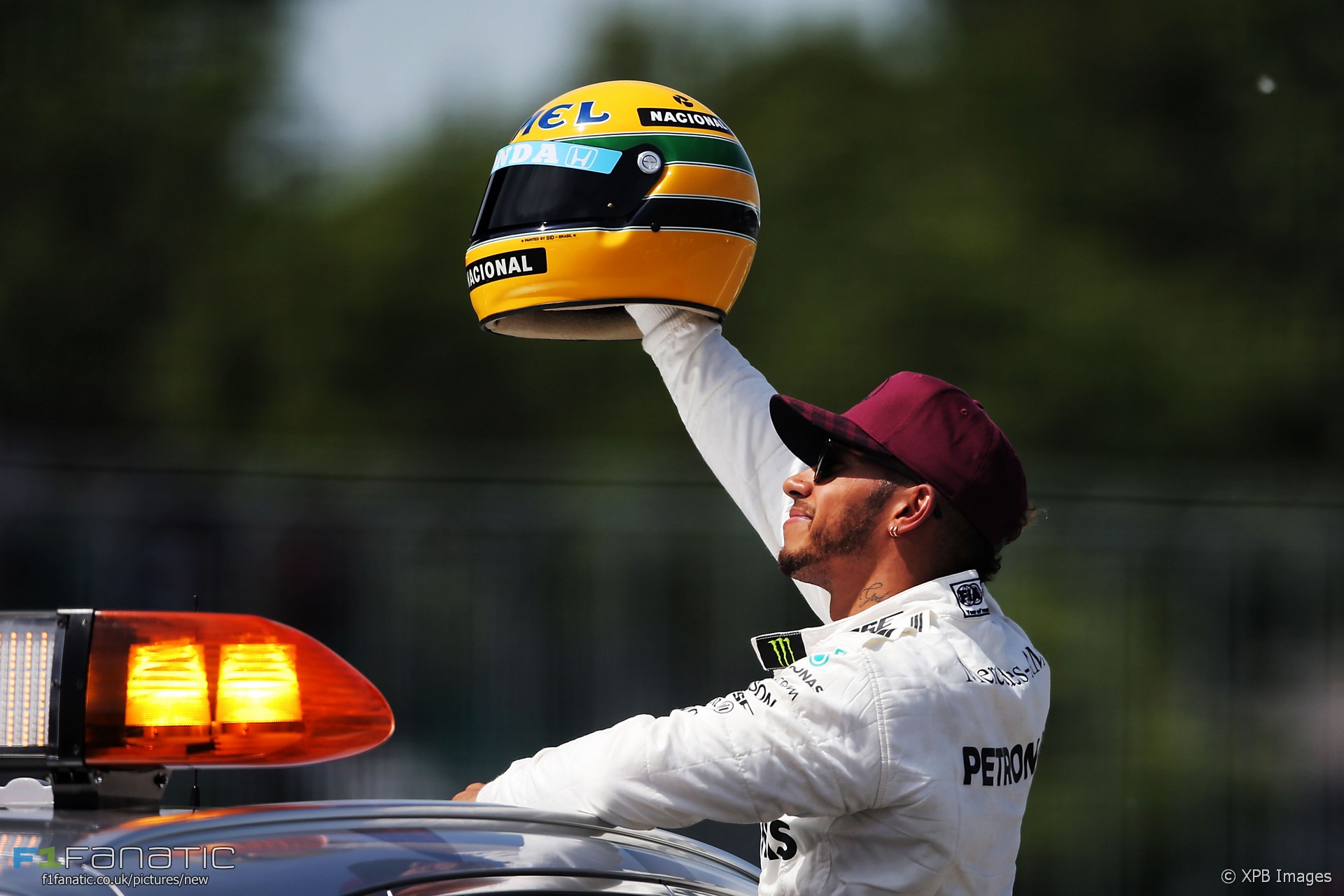 Lewis Hamilton says he will give pride of place to the Ayrton Senna helmet he was presented with after today’s qualifying session in Canada.

The world champion was presented with the original helmet used by Senna 30 years ago after equalling his hero’s tally of 65 pole positions. Only Michael Schumacher has taken more pole positions than Senna and Hamilton.

“I live in an apartment in Monaco so I don’t have a lot of space for a lot of trophies,” Hamilton said. “But I’ve definitely got space for that. Maybe my table centrepiece in the living room so that it’s the first thing you see when you come in.”

Hamilton said he told his Mercedes team they needed “every single millisecond” from the car to take pole position this weekend.

“The car was difficult at the beginning of yesterday,” he said. “I felt like I was already at the limit of the car. So we really sat down and studied, tried to see whether we could eke out a little more juice from it. Which we did.”

“And I sent a message to my guys before qualifying saying ‘guys we need everything to be on point: shifts, everything, engine operating perfectly, we need every single millisecond that the car can give us today’. And they did that.”

“The first lap I wanted to get a banker so I focused on making sure I got that banker, which was already great. Then I was a little bit unsure if I’d get the next lap because I only had fuel for one lap and this tyre being as difficult as it is to warm up, I just worked as hard as I could and it worked perfectly.

“Bit by bit through the lap I could see my delta building up, getting excited but trying not to get too ahead of myself. At the time, while I was doing the lap, I had no comprehension that I was going massively quicker. It was just about the here and now.”

9 comments on “Senna helmet will get pride of place – Hamilton”