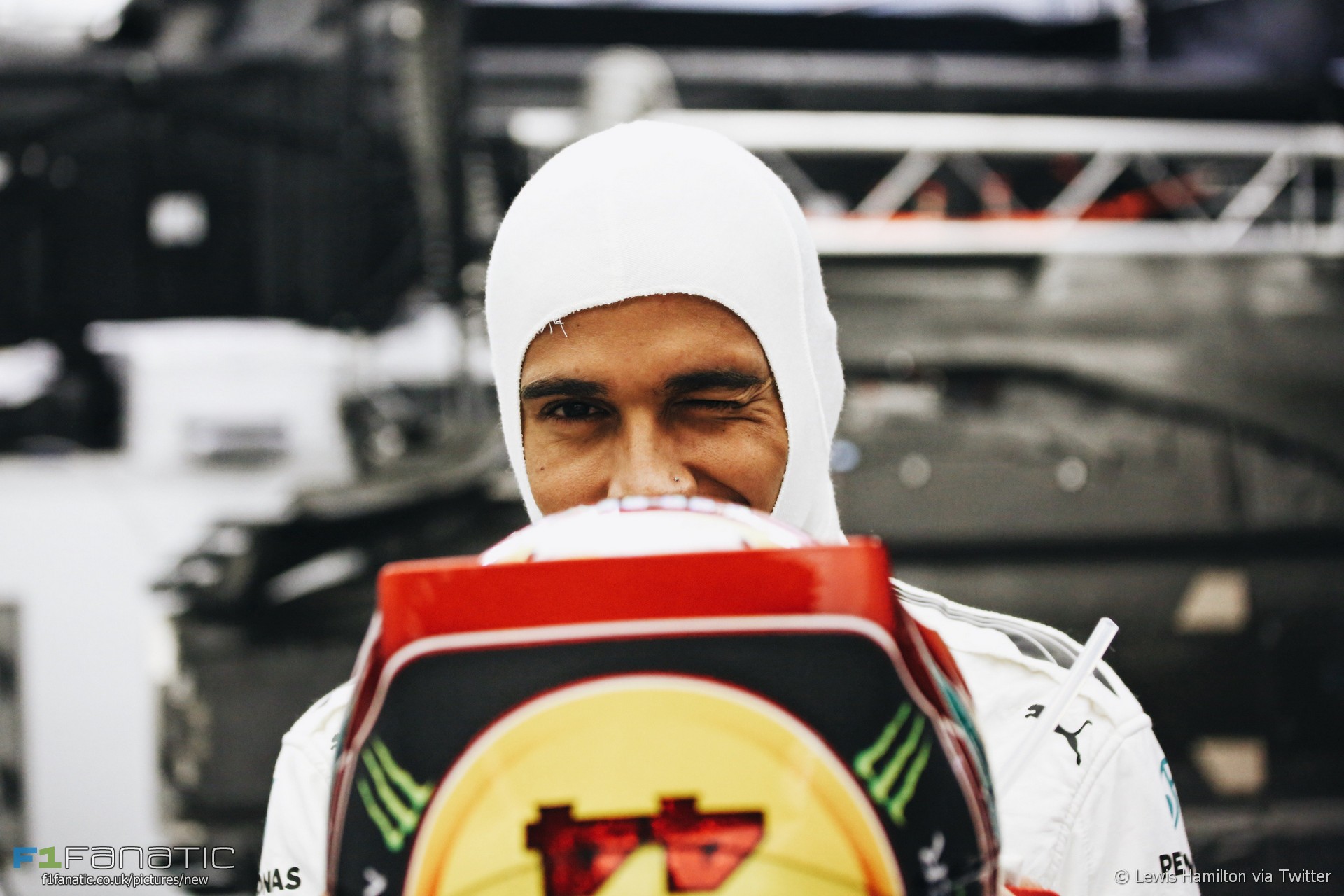 "F1 does not want drivers posting ‘international feed footage’ as this has been licensed to broadcaster partners, in many cases exclusively."

"I think it could come for Russia. It's all ready. But only if we're confident that we're going to start Russia without a hitch, as you cannot miss FP1 and part of FP2 because you're not right on mapping."

"Indebted tycoon Vijay Mallya has been bailed on security of £650,000 after appearing in court in London."

"There were other businesses that still exist, which are hugely successful. Should I, therefore, be a hypocrite? Because one of these businesses failed, should I live my life differently?"

"I have no problem with him and to be honest I was just joking with him and I think he understood because afterwards he said sorry and that's the way it needs to be."

"Given where McLaren is, and what’s happened in my career since I left McLaren, pretty much my career has been on a high."

"Since joining Renault, (Hulkenberg's) given technical director Nick Chester and trackside director of operations Alan Permane some set-up direction and guidance on which way they want to head with the car to unlock its potential."

"(F1) is 90 percent mental. And if you are not mentally able to get over things, then you are in the wrong sport."

"I think we achieved something out of that today and I can go back to the factory and work with the team and hopefully get the simulator correlated, which will help us for the rest of the year."

It's good to be at #Silverstone with Corinna and Mick. It reminds me of great times.@schumacher pic.twitter.com/NuBvpJm7qv

Glad that some media are putting facts in perspective. Surrender of passport, arrest,bail all part of normal extradition proceedings.

Can some one tell me why don't F1 drivers Twitter you back beginning to think it's all a waste of time.

Good day testing with @gelaelized . Always fun seeing someone get their first run in an F1 car.

Anyone also noticed a reduction in the number of weird digital adverts? #F1

Ruben on Fernando Alonso’s five stages of grief at McLaren:

1: Denial. “We might be having trouble with the power unit but I have a better chance at a world championship here than at Ferrari.”
2: Anger: “GP2 engine. GP2. Aarrgh!”
3: Bargaining: “Nico’s retiring?” Starts reading the fine print on his contract.
4: Depression: “Unreliable and lack of power. Again.”
5: Acceptance: “There’s always the triple crown to go for.”
Ruben

One year on, our assessment of Nico Rosberg’s championship chances after three races make interesting re-reading: