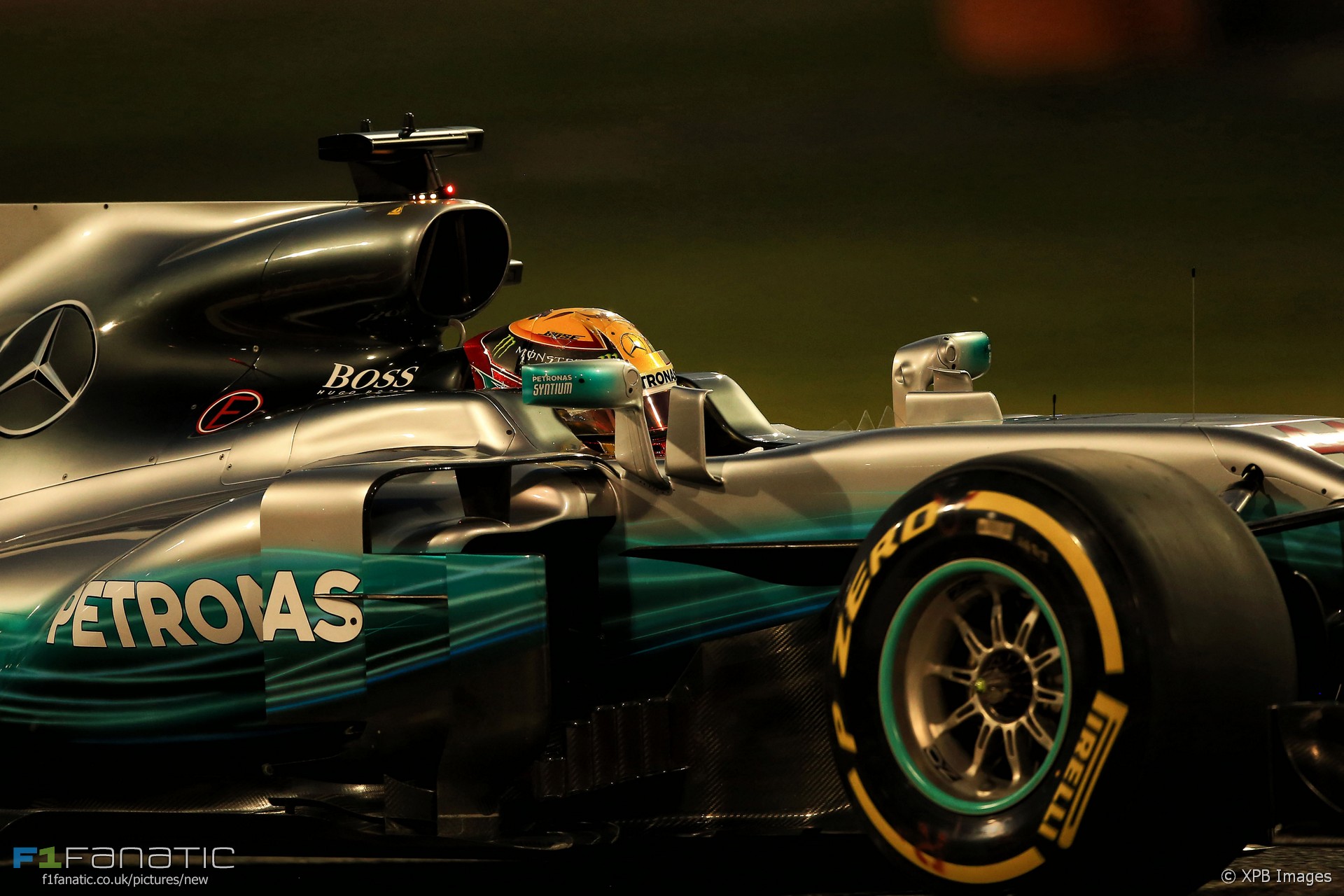 Lewis Hamilton has been given two penalty points on his licence for driving too slowly in the pits.

The Mercedes driver was also given a five-second penalty for holding up Daniel Ricciardo when he came in for his first pit stop. Hamilton served the penalty at his second pit stop.

The stewards ruled Hamilton “drove unnecessarily slowly and erratically in the pit entry, reducing his speed to 57kph before increasing to 75kph as he entered the pit lane, holding up car three.”

Hamilton, who was following his team mate Valtteri Bottas into the pits when he incurred the penalty, said it was “the second time I’ve double-stacked and lost out.”

“I think I lost out once in Monaco, something like that. This one was really my fault.”

“I was supposed to have a five-second gap, it was increasing, it was 4.7. I thought at 4.7 I could start getting back on the power, which I did, and as I got to the line at the pit lane it was four seconds. And I think he had a problem on top of that which meant it was a lot closer.”

Hamilton admitted he could have finished closer to Sebastian Vettel, who won by 6.6 seconds, without his time penalty and other problems.

“Where I got to was as close as I could get to,” he said. “Of course if I didn’t have the five second penalty then I think I would have been.”

“And also we lost a bit of time, I think, in the pit stops. Lots of different things could have happened today but it didn’t. We’ll assess it and try to figure out how to move forwards.”