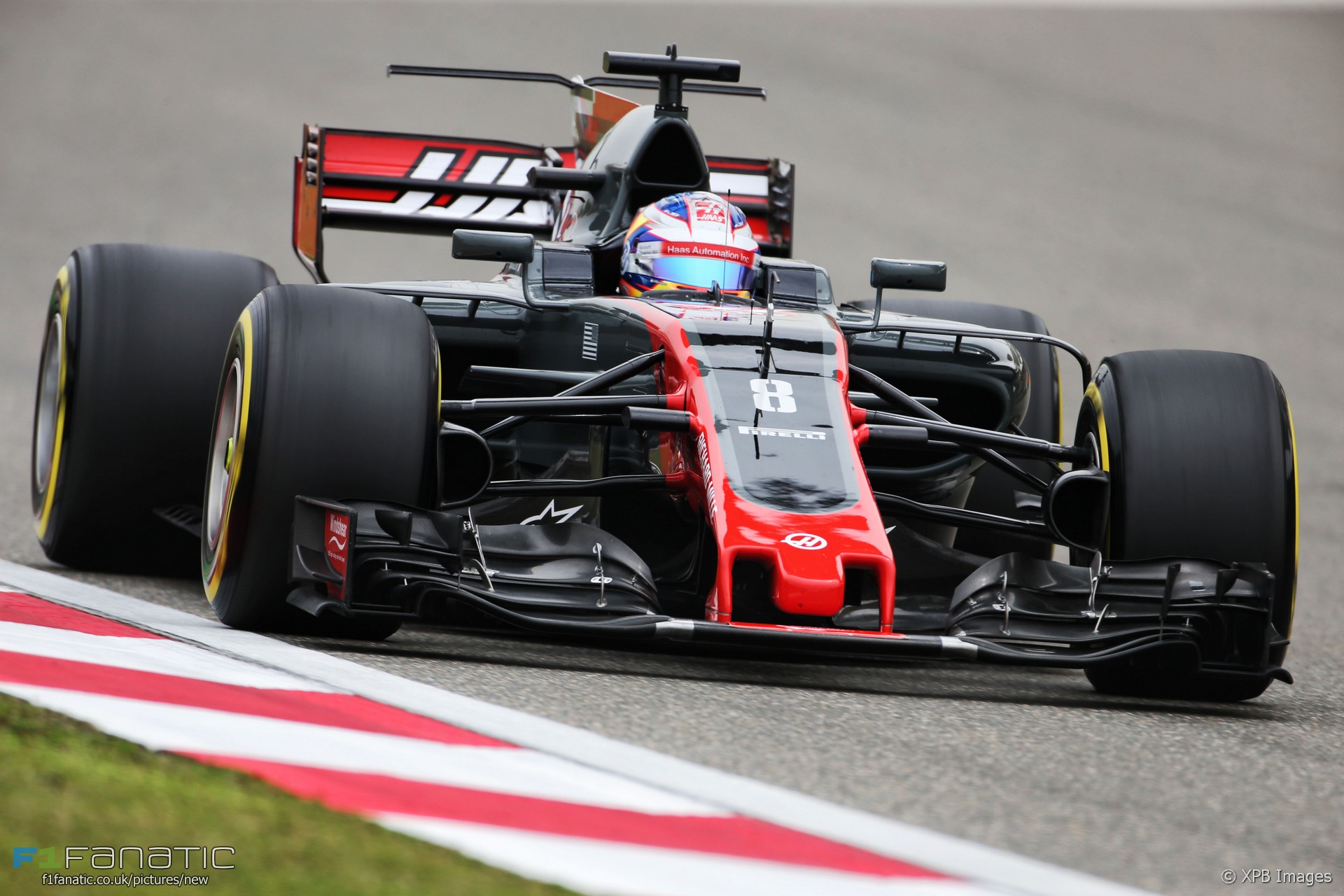 Romain Grosjean was frustrated by the Sauber drivers on his way to 11th place in the Chinese Grand Prix.

The Haas driver, who yesterday criticised the penalty he received for failing to slow sufficiently for Antonio Giovinazzi’s crash during qualifying, lost more time in the race today because of the rookie driver.

“Yesterday was a bit of a joke and today the same guy crashed in front of me on the straight line, so I had to stop,” he said. “I lost a lot of time.”

Grosjean accused the other Sauber driver of costing him more time by failing to keep pace with the pack during the Safety Car period.

“Then [Marcus] Ericsson at the restart left miles ahead of the car in front of me. I don’t know what he was doing, so I was already on the back foot.”

Having started 19th, Grosjean endured a difficult race in the midfield and picked up damage. “[Esteban] Ocon pushed me on the first lap. I lost half of the right-hand side of the car. From there I just pushed as hard as I could.”

“I couldn’t really find an opening on Jolyon [Palmer]. Once I did, though, I had some good lap times. We were doing a decent job, but it was already too late.”

Team principal Guenther driver said it has been a “challenging weekend” for his driver.

“In Australia it was Kevin’s turn to have a challenging weekend and here it was Romain, though he wasn’t lucky in Australia either. Again, I think we showed what we can do and that we are what we think we are.”