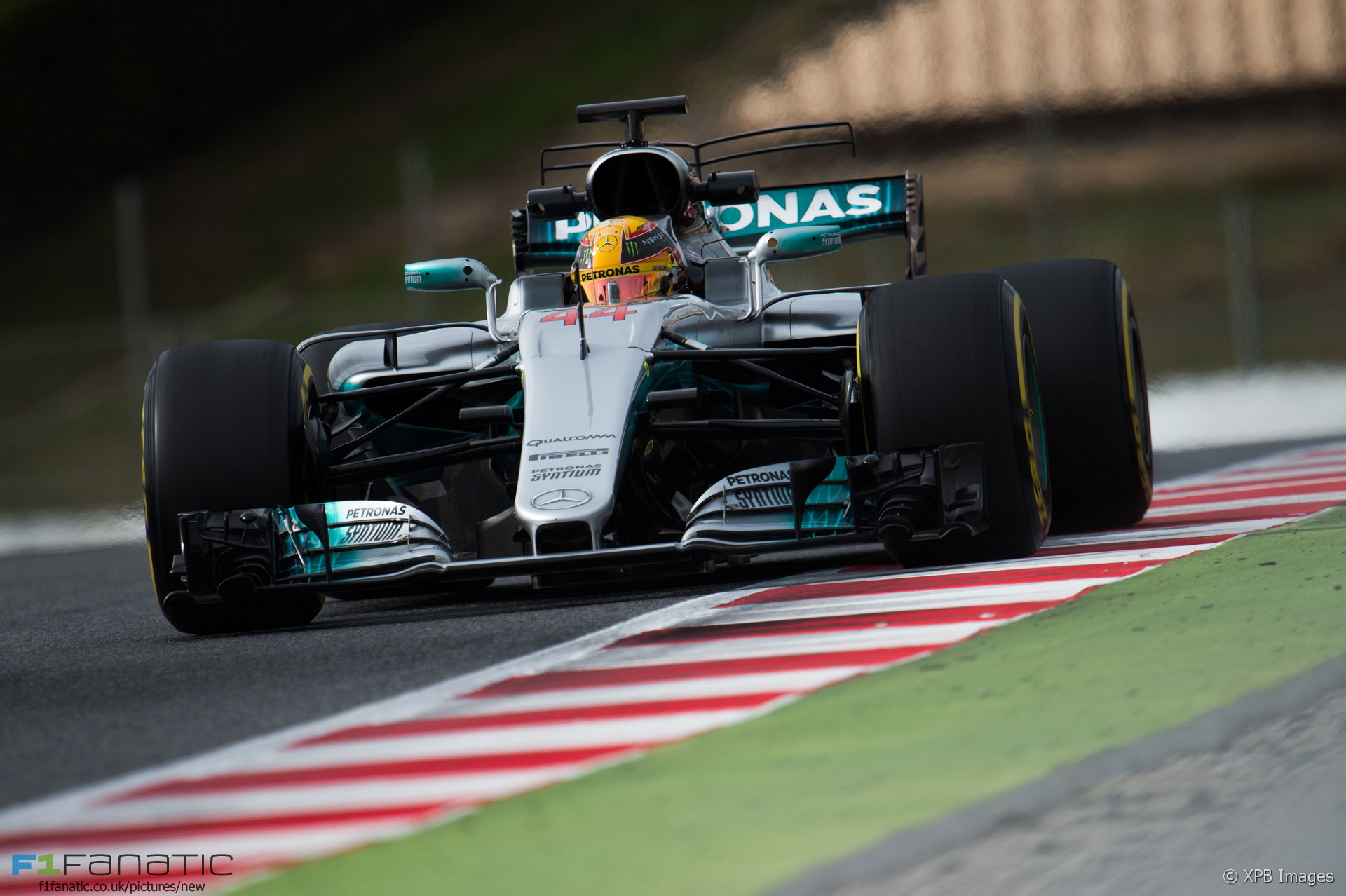 Lewis Hamilton remains unconvinced the new regulations for 2017 will deliver more exciting action on the track after his first runs in the new Mercedes.

The Mercedes driver had already warned before the new rules for 2017 were introduced that it would make overtaking more difficult. After driving the W08 for three days Hamilton believes overtaking will be more difficult this year.

“Now the turbulence is easily twice as powerful from the back of the car,” said Hamilton. “So that’s twice the issue, it magnifies the issue we had before.”

“We’ve got all this downforce and we need more mechanical grip, better grip from these bigger tyres, and less downforce, whereas it’s gone the other way,” he added. “Let’s hope the racing’s fantastic but don’t hold your breath.”

Hamilton’s first impression of Pirelli’s new tyres was that the change from last year is very noticeable.

“Hopefully with these tyres Pirelli have provided a tyre that is reliable and pretty solid,” he said. “You can do so many laps on these tyres, they’re probably the hardest tyres I’ve driven.”

Hamilton added it was difficult to gauge which of the two major changes for this season had the biggest effect on lap time.