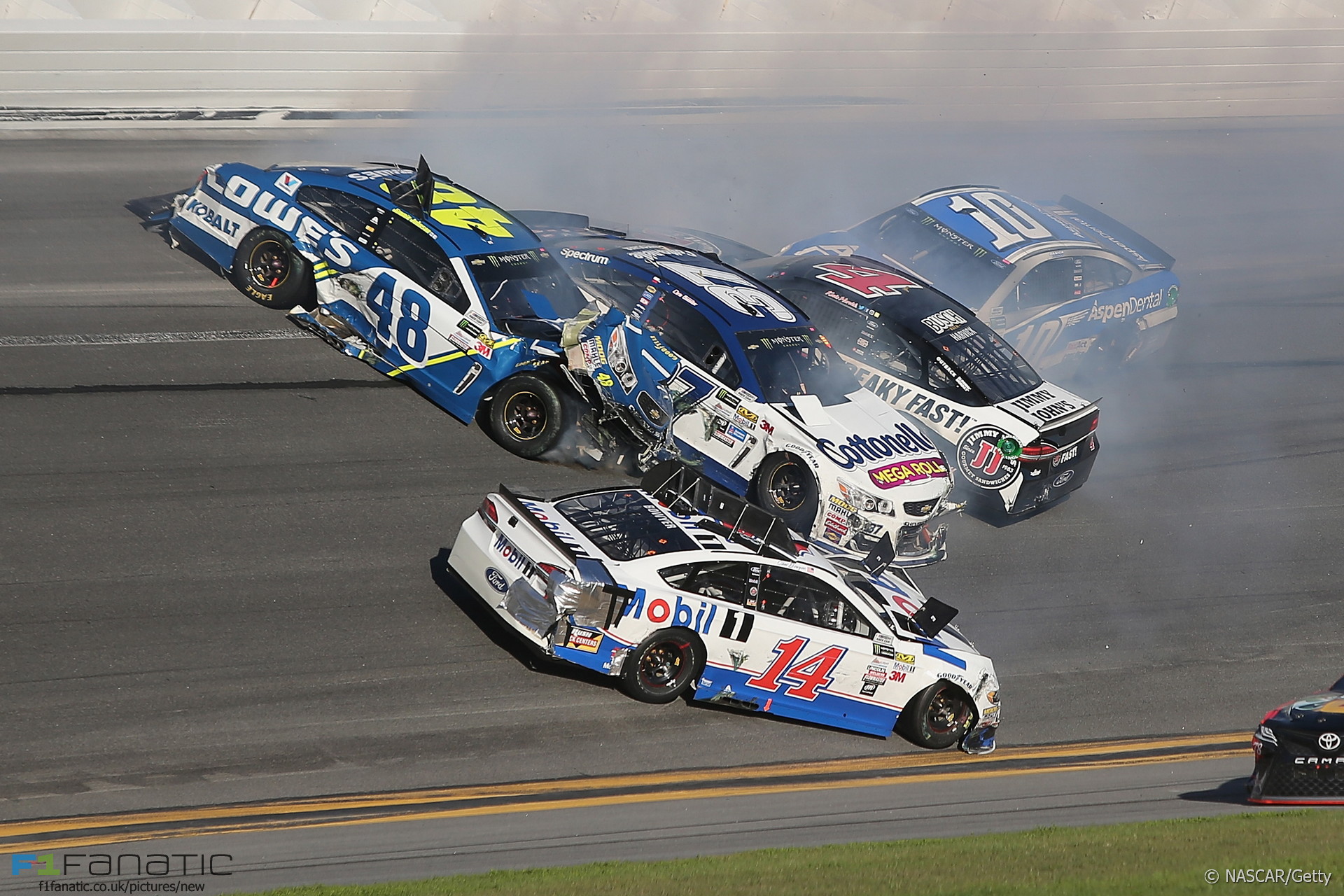 The first proper NASCAR race of the season – the Daytona 500 – was blighted by incidents in which 35 of the 40 cars that started the race picked up some form of crash damage, and was won with a final lap overtake.

Kurt Busch won the 59th running of the Daytona 500 with an overtake on the final lap of the race as then-leader Kyle Larson was one of many who ran out of fuel on the white flag lap.

Forty drivers started the biggest NASCAR race of the season yet after 200 laps of racing and countless accidents, just 25 made it to the flag. Of those, only five escaped the carnage unscathed. In total eight cautions occurred during the race culminating in 40 laps behind the pace car.

The race was the first to feature NASCAR’s new staged format which awards points to whichever driver is leading after each segment. These were taken by Kyle Busch and Kevin Harvick, though the former failed to finish and the latter suffered damage in an accident that eliminated reigning champion Jimmie Johnson, and eventually limped home 22nd.

What did you make of NASCAR’s new format and the carnage the blighted the Daytona 500?