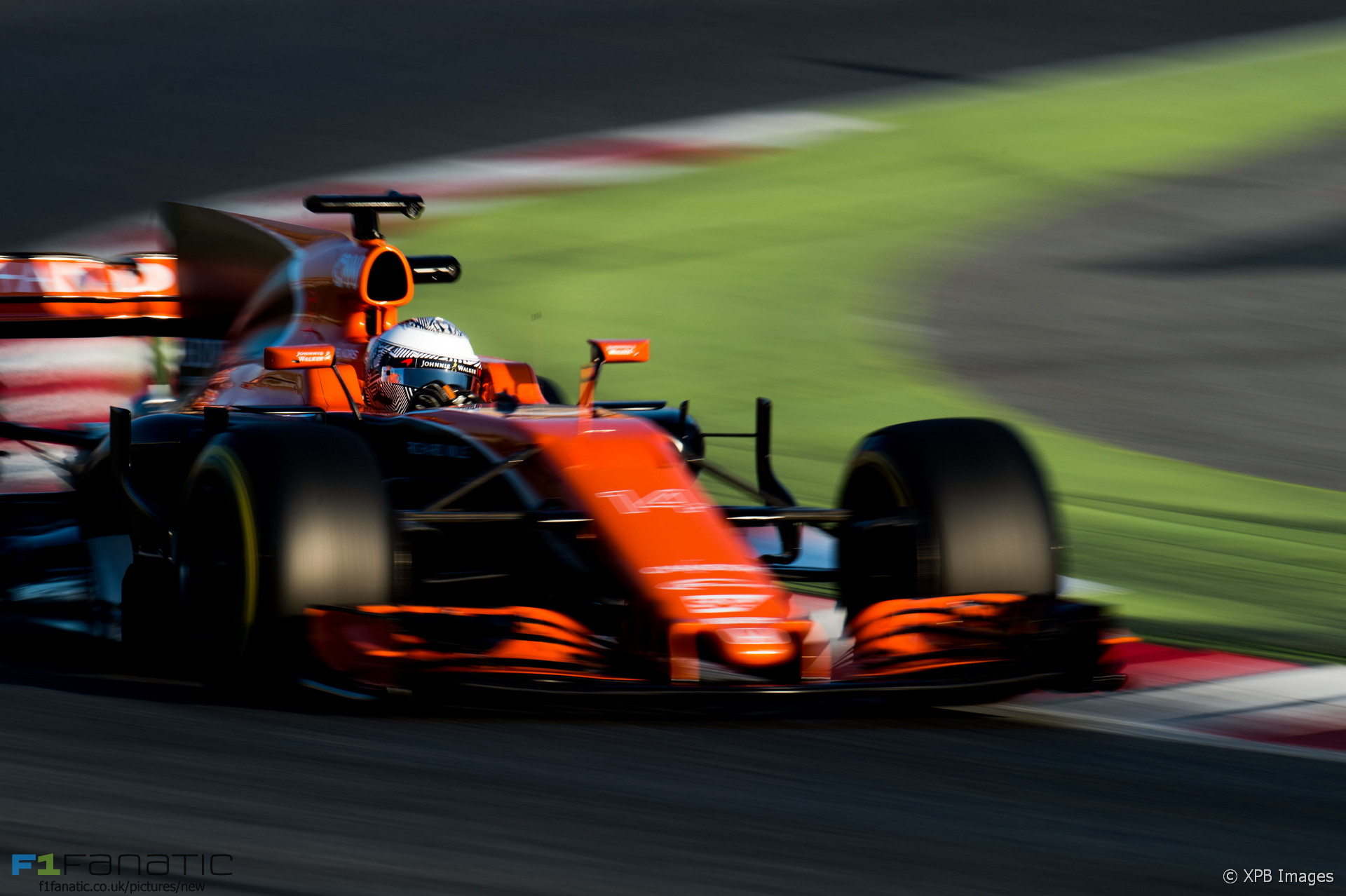 Fernando Alonso says Formula One’s new regulations for 2017 are an improvements after the “horrible cars” of previous seasons.

The McLaren driver had a frustrating first day at the wheel of the MCL32 on Monday, completing just 29 laps. But he declared himself pleased with how the new cars look and feel.

“I think the only conclusion is that the cars look nice,” said Alonso after Monday’s running.

“They are definitely faster in the corners so it is good to come back to that feeling of the downforce in the corners and be able to push the car to the limit a little bit more, so I’m happy with that.”

“I saw some of the cars running alongside on the track and they look very good. So I’m happy for that, happy for the sport to go in the right direction. And probably apologise to the fans for the last five or six years they saw horrible cars.”

Alonso’s McLaren contract expires at the end of this season. He has previously criticised F1’s rules and said he will only continue in 2018 if he finds the cars more challenging to drive this year.

But despite his initially positive response to the changes, and following another troubled start to testing for McLaren yesterday, he told reporters media he will not make a decision on his future until “after the summer”.

9 comments on “Alonso approves of 2017 changes after “horrible cars””