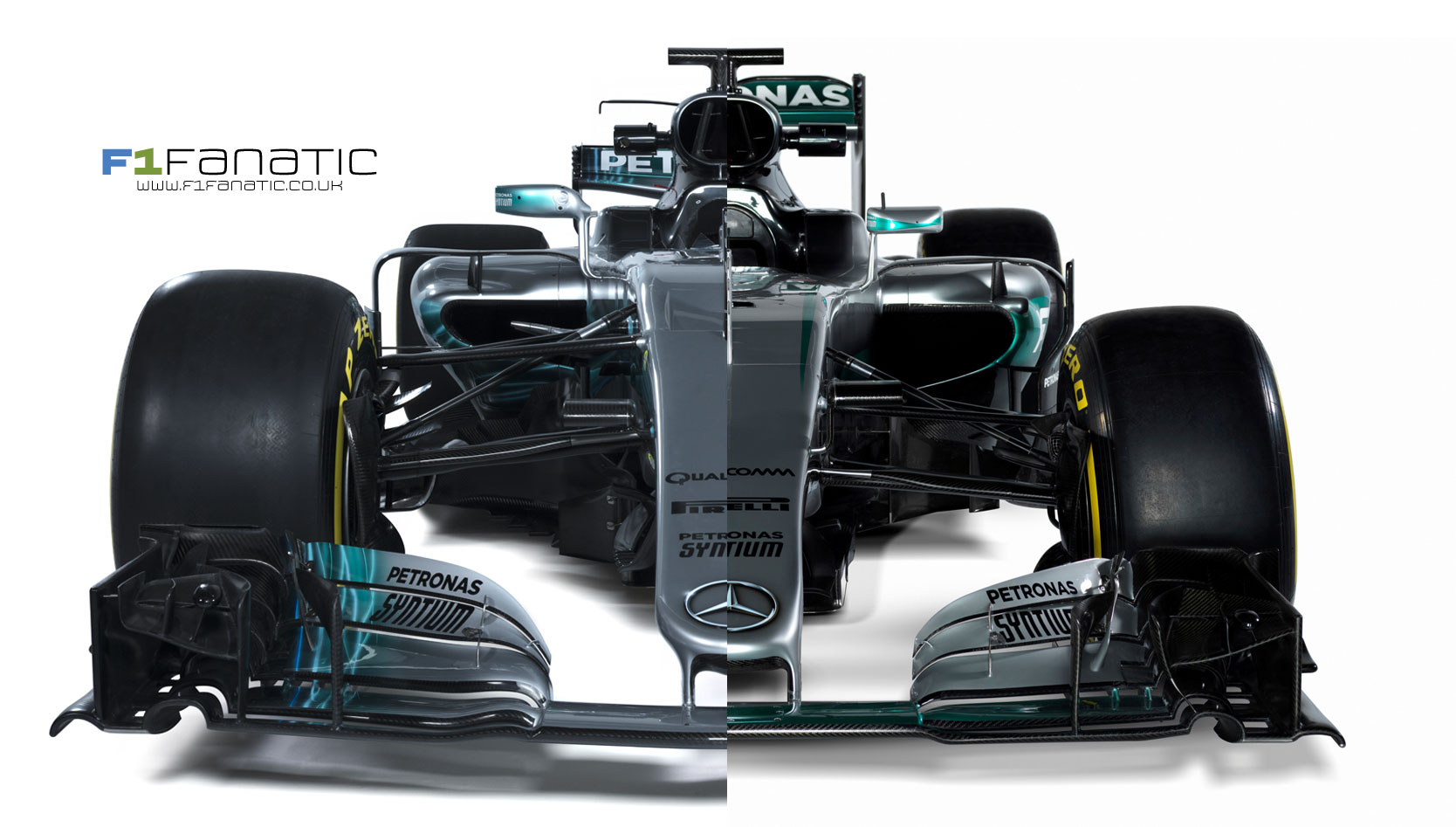 Mercedes’ rivals will be poring over the first images of the world champions’ new car for 2017. These interactive pictures show up the key differences between it and last year’s chassis.

Use the slider below to transition between images of Mercedes’s new 2017 W08 and last year’s W07. Note some images may have been altered for ease of comparison and should not be used as a reference for measurements.

Although there are obvious limitations to the comparison above, one feature which stands out is the amount of bodywork beneath the nose on the 2017 Mercedes. The degree of detail on the bargeboards is remarkable, and stands in sharp contrast to the simpler designs sported by smaller teams.

This construction has a lot of work to do because of the increased amount of air being displaced by the wider front wheels and wing. Mercedes are clearly confident in the design, however, and Lewis Hamilton has reported that in the simulator it felt as if the car had an unrealistically high level of grip. Whether that proves to be the case will ultimately be determined by how well Pirelli’s new tyres perform.

At the time of writing Ferrari is the only other team to have appeared with a ‘T-wing’ in front of the rear wing. Mercedes has bucked the shark fin trend – for now, at least.

Again the slightly different angles on these two images makes for a tricky basis for comparison. Aside from the obvious changes due to the new regulations, which we are now well familiar with, one of the most noticeable differences between the new and old Mercedes can be found on the wing mirrors.

The W08’s mirrors appear to feature multiple lenses, indicating cameras which serve different functions. Tyre temperature monitoring would be an obvious purpose of one of these.

Although the front wing is wider than the one its replaces the two are clearly similar in concept. This would be an obvious area for development in testing and the first race of the year.