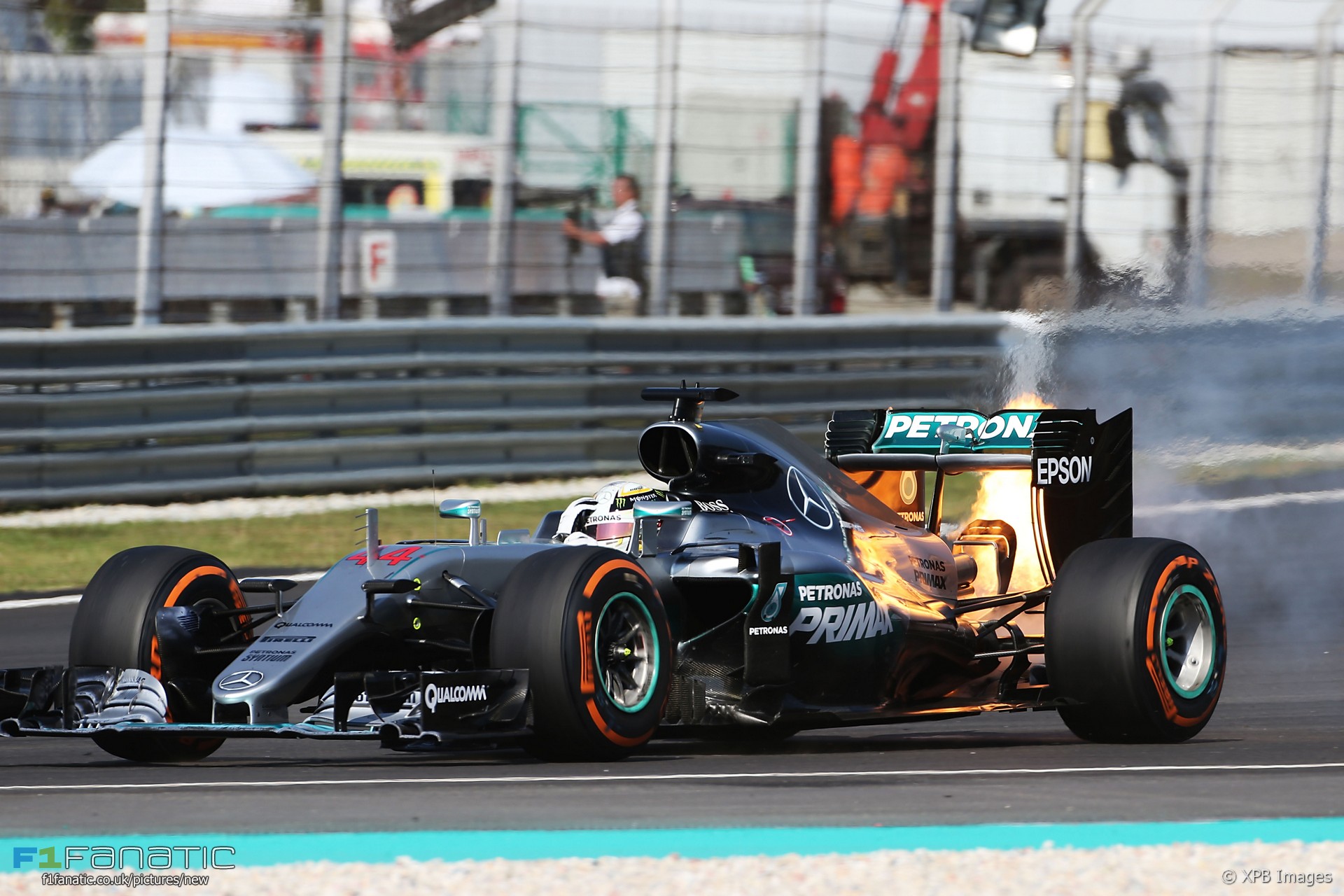 Mercedes say their power unit is getting closer to reaching the 1,000bhp milestone despite making further efforts to improve reliability in the wake of Lewis Hamilton’s engine failure in last year’s Malaysian Grand Prix.

Hamilton’s high-profile retirement while he was leading the race came at a decisive point in the championship battle.

“We had a few painful incidents last year,” Mercedes engine designer Andy Cowell admitted at the launch of the team’s new car today.

“On [Hamilton’s Malaysian Grand Prix failure] there are about six design changes within the engine to improve that particular system, the bearing system. And probably about three or four quality improvements in the way the power unit’s assembled and then looked after through its life.”

However Cowell revealed the team is closing on the milestone 1,000bhp figure from its V6 hybrid turbo engine.

“It’s getting closer and closer every upgrade,” he said. “I don’t think we’re ever going to say exactly where we are.”

“To win races it’s not about a ‘dyno derby’. If we were having a ‘dyno derby’ the power train would be completely different and we wouldn’t be bothered about volume or mass or heat rejection.”

“The partnership that we’ve got means that we optimise every system to come up with the fastest race car to win the race. And it’s not just about qualifying, it’s about winning the races, getting those 25 points. That’s what we spend our working lives and a lot of our out-of-work lives thinking about, and the whole team at both Brackley and Brixworth focus on.”

27 comments on “Mercedes edging towards 1,000bhp from engine despite reliability fixes”