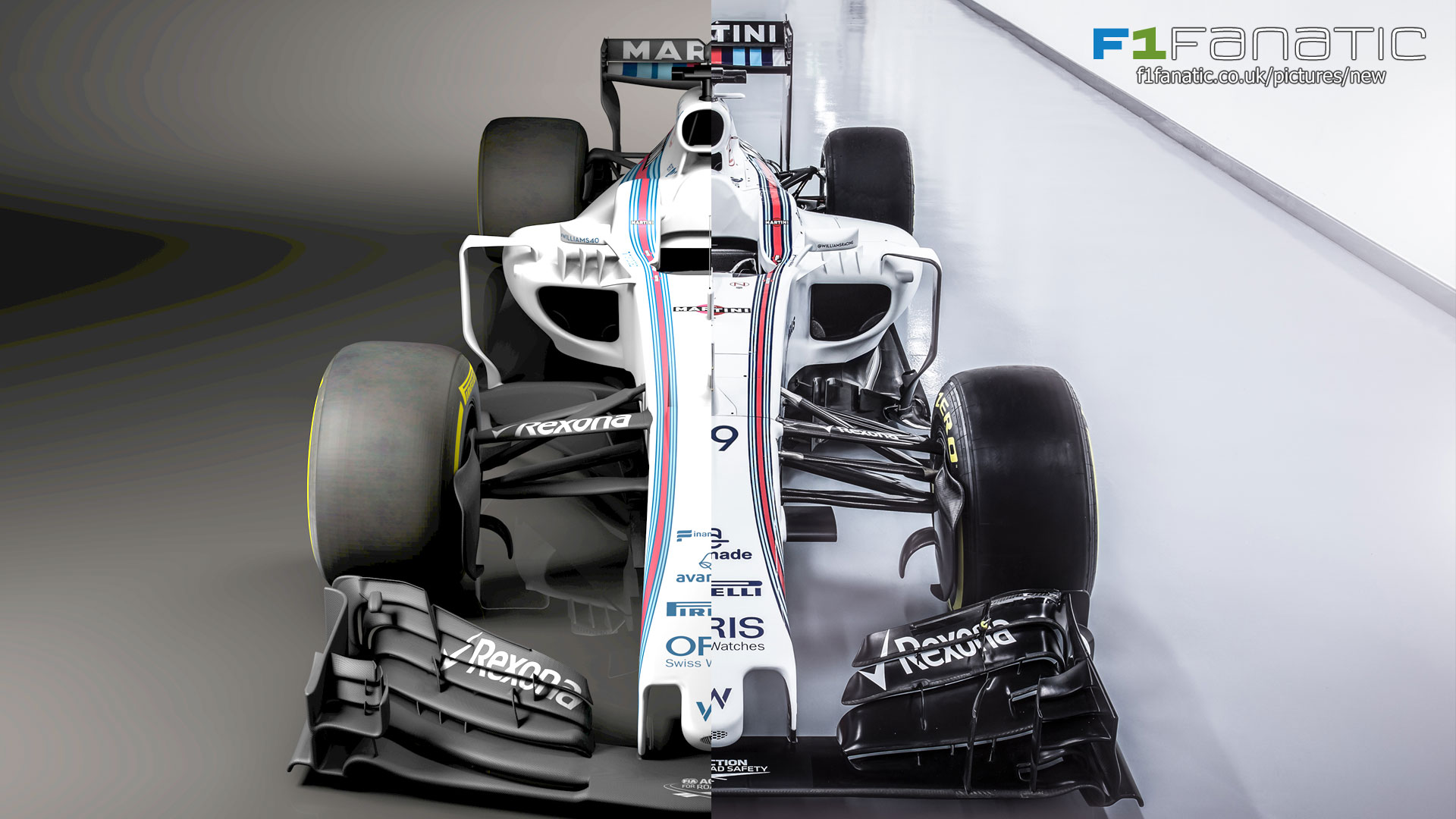 Williams has issued the first renderings of its 2017 F1 car today, giving us our first proper look at the outcome of Formula One’s much-vaunted new regulations.

As is always the case teams do not want to give away major details of their new designs until they need to run them on the track. More aerodynamic details are likely to appear on the FW40 during the tests which begin a week from Monday.

However the changes in the aerodynamic rules for 2017 are profound and easy to see when images of the new and old cars are placed side-by-side.

The wider and lower rear wing is the most striking difference between these front-on images of the cars.

Due to the angle of the images it is not as easy to distinguish the overall increase in width of the car’s body and front wing. However the wider floor and increased space between the sidepod airflow conditioners gives away the growth in size.

One key change in the 2017 rules intended to improve the appearance of the cars is the introduction of a ‘delta’ shaped front wing, whereas before it was straight. Williams appears to have chosen a similar style for its rear wing. However the aesthetic revolution has not been extended to the noses, where the unsightly ‘thumb tip’ remains.

Another striking change to the car is the much wider air intake for the engine. This may be following a trend set by their engine suppliers Mercedes last year.

Williams has been careful not to give the game away with its plans for the FW40. These first glimpses reveals the lower, wider car which was expected but also show Williams have done more than just adapt last year’s design to fit the new rules.