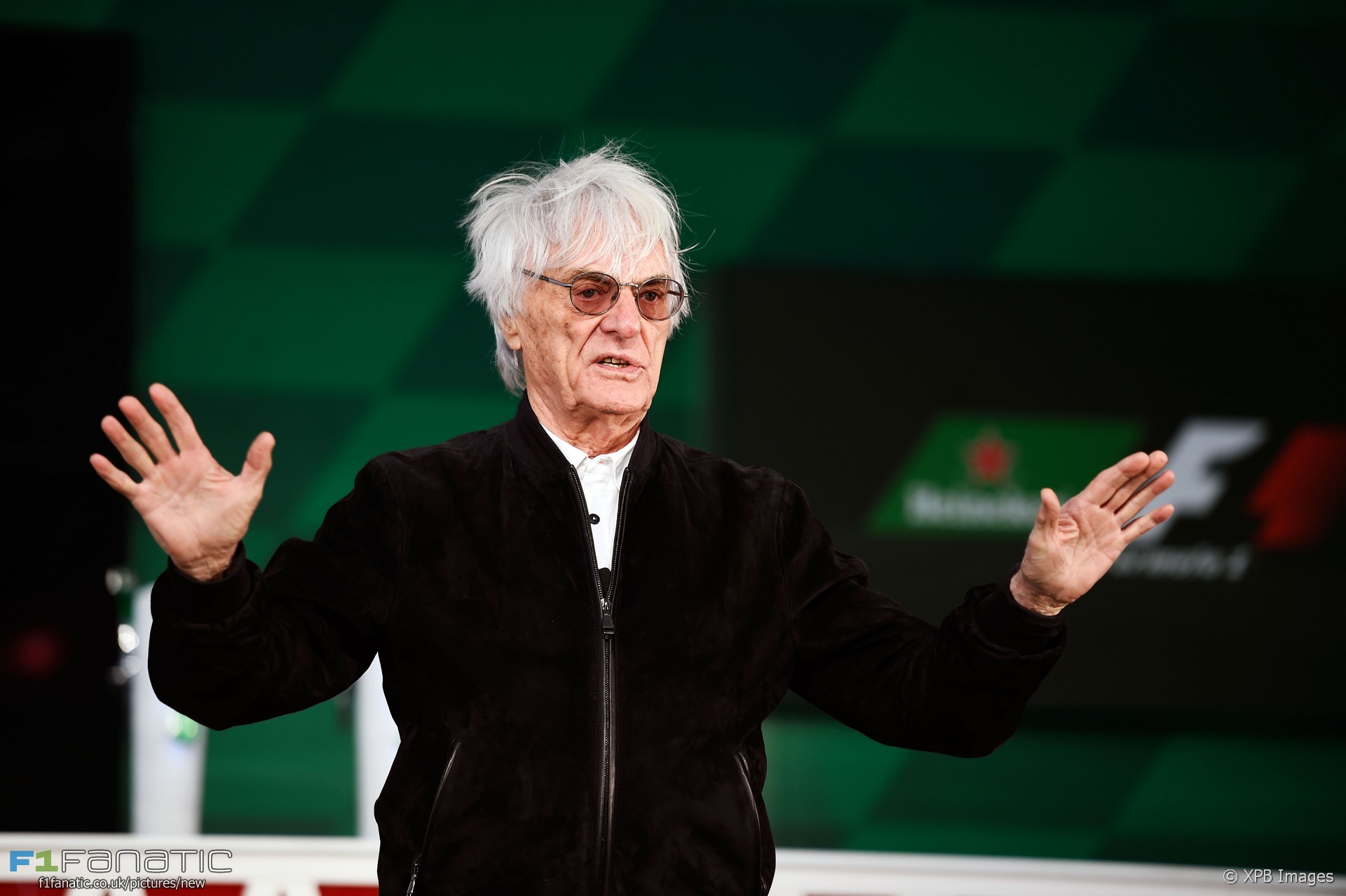 If there was a world championship of deal-makers, you’re looking at one of the all-time greats.

Having started out as a used car and bike salesman, Bernie Ecclestone rose to the top of one of the world’s most lucrative sports.

Innumerable deals have passed through his hands in the past five decades. But these seven ultimately proved the most significant, leading him to power and riches far beyond which even he might have imagined.

Ecclestone’s first encounter with Formula One lasted only a few years. In 1957, aged 26, Ecclestone began promoting the career of upcoming British racer Stewart Lewis-Evans. When his friend was killed following a crash at the 1958 Moroccan Grand Prix, Ecclestone cut his ties with the sport.

But Ecclestone, who had retired from racing himself after a crash in 1953, was ultimately lured back by the glamour of racing. He negotiated Jochen Rindt’s move to Lotus in 1969. Once again disaster lay around the corner: Rindt was killed in a crash the following year.

This time Ecclestone resolved to remain within the sport. In 1971 he purchased the Brabham team off Ron Tauranac and quickly elbowed the former owner aside. Within two years Ecclestone had quit the car trade, devoting his focus entirely to Formula One.

Taking control of Brabham was significant for two reasons. First, it led to world championship success in the early eighties with Nelson Piquet at the wheel of Gordon Murray’s elegantly-designed machines.

But more importantly for the long-term future of F1 it introduced Ecclestone to F1CA – the Formula One Constructors’ Association, later renamed FOCA. At a pivotal meeting in 1971 Ecclestone made the suggestion that instead of each team arranging their own race fees and transportation, one F1CA representative should take care of all of it. Ecclestone was that person.

Ecclestone’s deal-making nous ran rampant. He squeezed promoters for more money and better facilities. Even at this early stage he grabbed lucrative opportunities to put on races outside Europe, taking F1 to Brazil and Argentina.

Ecclestone’s rise to prominence did not go unchecked. The late seventies and early eighties brought him into increasingly bitter conflict with Jean-Marie Balestre, the autocratic president of FISA (now the FIA). A collaboration with former March boss and lawyer Max Mosley helped Ecclestone to repeatedly outmanoeuvre Balestre.

In early 1981 the signing of the first Concorde Agreement between the teams and the FIA brought an end to an acrimonious fight which had damaged the sport. But Balestre failed to notice Ecclestone had quietly inserted into the agreement a clause which potentially unlocked a vast new source of wealth for him.

The clause gave FOCA control of all the rights to F1 television broadcasts and all the revenue generated by them.

By taking control of the signage rights at F1 races (with the exception of Monaco, which remains a hold-out to this day), Ecclestone built the next pillar of his growing wealth. The solution came via Paddy McNally, who established his Allsport company to sell advertising on behalf of Ecclestone’s Formula One Management company.

This also gave Ecclestone the justification for imposing strict standards on the presentation of circuits and force them to improve their facilities.

From the mid-eighties the days of spectators being able to wander the paddocks were over – unless they’d paid top dollar prices for Paddock Club entry. F1 journalists too found their access jeopardised if Ecclestone did not like what they wrote.

When did the teams lose their claim to the vast riches Ecclestone’s growing empire was now generating? According to the man himself “they signed away their rights in 1992”. The 1992 Concorde agreement, signed in 1990, was a double victory for Ecclestone.

First, he persuaded the teams to accept moving the management of their commercial deals from FOCA to a new company, Formula One Promotions Administration (FOPA). This was not achieved without some difficult: Frank Williams, Ken Tyrrell and McLaren’s Ron Dennis were particularly hostile. But Ecclestone persevered, and the new arrangement vitally meant the teams could no longer see how much money Ecclestone’s television deals were making.

Ecclestone’s second victory was over Balestre, whose days were numbered. While FISA had been entitled to a 23 percent share of the television money, Balestre inexplicably traded it away for a fixed few of no more than $9 million per year. This greatly boosted Ecclestone’s share of the TV money at a time when the deals were getting bigger and bigger.

Prior to the next Concorde agreement Ecclestone switched British TV rights to ITV for nine times what the BBC had paid. When the teams realised how much money they’d missed out on they became incensed. Tyrrell infamously screamed at Ecclestone for “stealing Formula One”. But even bigger rewards lay ahead.

The late nineties were a particularly busy time for Ecclestone. His latest second attempt to sell F1 was frustrated by a European Union investigation which judged the sport to be in “serious infringement of EU competition rules”. Small wonder he had a triple heart bypass operation in 1999.

As part of the deal reached with the EU, Ecclestone agreed to purchase a 100-year lease on the licence to use F1 rights. In one of the most contentious of Ecclestone’s deals Mosley, now the FIA president, agreed to sell the lease for just $360 million: a sum which paled in comparison to the amounts Ecclestone was able to generate from them.

The following year saw Ecclestone conclude a deal which would add billions to his personal wealth but also set in motion events which would lead, 17 years later, to his departure from F1. A 50% stake was sold to media company EM.TV for a whopping $1.65bn.

Ecclestone retained the remaining shares and – crucially – retained control of the spot. EM.TV’s share was later taken over by another company, Kirch, which bought a further 25% in 2001 for $1 billion after taking out a loan, making Ecclestone richer still.

When Kirch became insolvent in 2002 its stake was purchased by a consortium of three banks. But when Ecclestone attempted to buy his stake back for a bargain price his move was frustrated by a name which would play an important role in his future: Gerhard Gribkowsky.

When the three banks which inherited Kirch’s stake sought a buyer, Ecclestone was typically eager for it to be one which would leave him in charge of the sport. CVC did just that, keeping Ecclestone on as CEO while owning F1 for more than a decade.

The fact CVC stuck around for so long – several years longer than their typical holding period – reflects how lucrative Ecclestone’s money-making machine had become.

For Ecclestone the deal allowed him to extend his period at the helm of F1 well into his eighties. However the manner in which he achieved this came under sharp scrutiny. He was charged with bribing Gribkowsky during the CVC discussions.

Ecclestone won one court case against Constantin Medien but was told by a judge he ‘had not been reliable or truthful’. In 2014 paid to settle the charge of bribery.

Two years later CVC decided it had squeezed all it could out of Formula One and sold up to Liberty Media. This final deal brought Ecclestone’s remarkable ascent to a close. But will he be able to resist the temptation to continue his deal-making elsewhere?