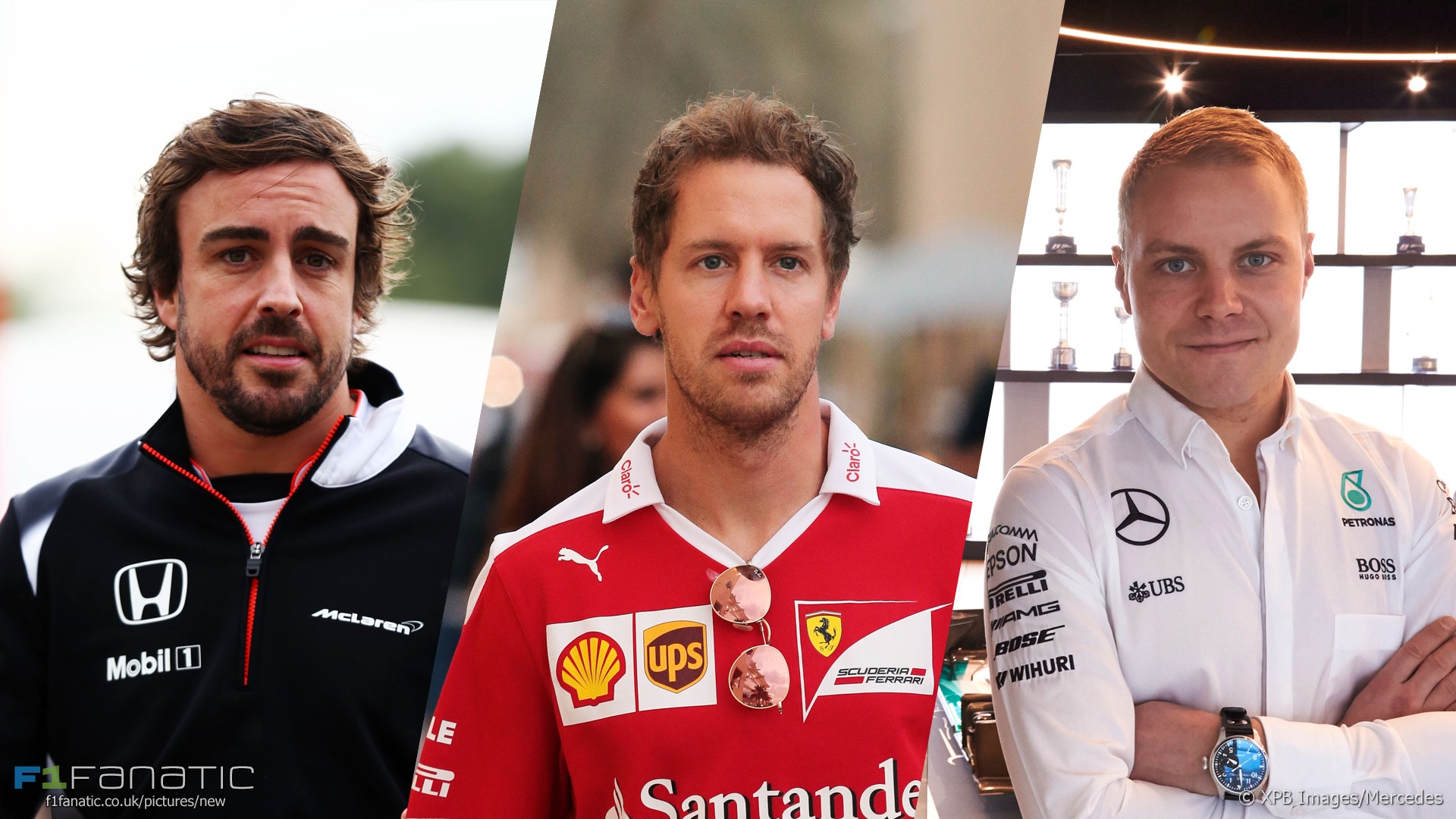 Last month Nico Rosberg, the world championship trophy tucked under one arm, walked out of Formula One having rocked the driver market by announcing his immediate retirement.

Just a few months earlier Rosberg had signed a new contract with the world champions which would have kept him in their cars until the end of 2018. Mercedes have now solved their driver shortage for the upcoming season by hiring Valtteri Bottas alongside Lewis Hamilton.

But the question remains who will take one of the most wanted seats in F1 in 2018? With several major drivers out of contract at the end of this season, the 2018 driver market will already be playing on their minds.

Fernando Alonso: Will he even stay in F1?

Alonso was considered as a potential replacement for Rosberg this year, according to Toto Wolff. However the cost of extracting him from his McLaren contract likely put the kibosh on that.

The two-times world champion has had a best result of fifth since he rejoined McLaren two seasons ago. But his future in F1 appears to be less a question of the team’s competitiveness and more a matter of whether he still enjoys driving F1 cars.

Alonso’s passion for the pure thrill of driving is clearly undiminished. He often posts videos of himself taking a kart out for a spin on his own karting track. But he has repeatedly made it clear that the tyre and fuel preservation which have become a part of modern F1 do not excite him.

He has already warned 2017 will be his last season unless drivers are able to ‘push’ again. Late last year he dropped the latest in a succession of hints about moving to the World Endurance Championship.

His chances of ending up in silver overalls in 2018 will therefore depend on whether this year’s new cars rekindle his passion for F1. If they do, and Alonso is not convinced McLaren will be in a position to challenge for the championship in the near future, he has to be considered a candidate.

Sebastian Vettel: Is he keeping faith in Ferrari?

Alonso said his biggest regret about leaving Ferrari was that he hadn’t done it sooner. Is Vettel, the man who replaced him, beginning to realise why?

Vettel’s growing frustration was evident throughout 2016 as the team produced its second win-less campaign in three seasons. Like Alonso, a three-year deal running until the end of this season ruled him out of a move to Mercedes.

Hiring the most successful German driver available would have an obvious appeal for Mercedes. Particularly as they’ve missed out on the opportunity to parade Rosberg around the calendar with the number one on his car.

There is no shortage of push factors potentially driving Vettel out of Ferrari. Design ace James Allison has gone, leaving the team conspicuously short of firepower in the aerodynamics department at a time when they need it badly. His efforts to drive the team forward were met with a reminder from team principal Maurizio Arrivabene to focus on his driving instead.

Is Vettel ready to give up on his dream of emulating Michael Schumacher’s championships success at the Scuderia? The decision to postpone his contract discussions to the final year of his current deal suggests he may be looking for an exit strategy.

Valtteri Bottas: Does he have the speed to stay?

Is Bottas another Rosberg, quick enough to snatch a title from Hamilton? Or is he the next Heikki Kovalainen?

As was the case with Kovalainen at McLaren, Bottas has been brought into Mercedes at short notice following a sudden change of plans in the driver market. This has inevitably prompted questions about whether he’ll measure up.

Kovalainen didn’t. He took a single fortuitous victory in his first season and was dropped after his second year when McLaren spied the opportunity to hire a second world champion.

Unsurprisingly given the roster of talent available in 2018, Mercedes have given Bottas a one-year deal. There is an option for a further season but this will have performance clauses attached.

Bottas has the crucial advantage of occupying the seat for now. In theory, it is in his hands to perform will enough that the team won’t want to go through the disruption of changing drivers again next season. But in practice, he’s been set a high bar to clear.

While these are the three likeliest options for Mercedes in 2018, last month was a reminder we should never take these things for granted.

Hamilton already has a deal in place for 2018. Assuming he doesn’t ‘do a Rosberg’, who else might join him next year?

We can discount Daniel Ricciardo and Max Verstappen as both Red Bull drivers are locked down beyond the end of this year.

Kimi Raikkonen is extending his Ferrari contract year-by-year. However he failed to beat Alonso or Vettel as team mate to them over the past three seasons, so why would Mercedes bother with him?

The most realistic chance of a surprise appointment at Mercedes for 2018 may come from within their own driver development programme. Esteban Ocon could make a strong case for himself at Force India this year. Pascal Wehrlein also has a second chance having moved to Sauber.

Then there’s the rest of the midfield including the likes of Romain Grosjean, Sergio Perez and Carlos Sainz Jnr. None of these drivers will want to lock down their 2018 plans until they Mercedes seat has been taken.

All assuming, of course, the world champions aren’t about to drop the ball this year.

Who should be Mercedes’ first choice for Hamilton’s team mate in 2018? What does Bottas need to do to ensure it’s him?