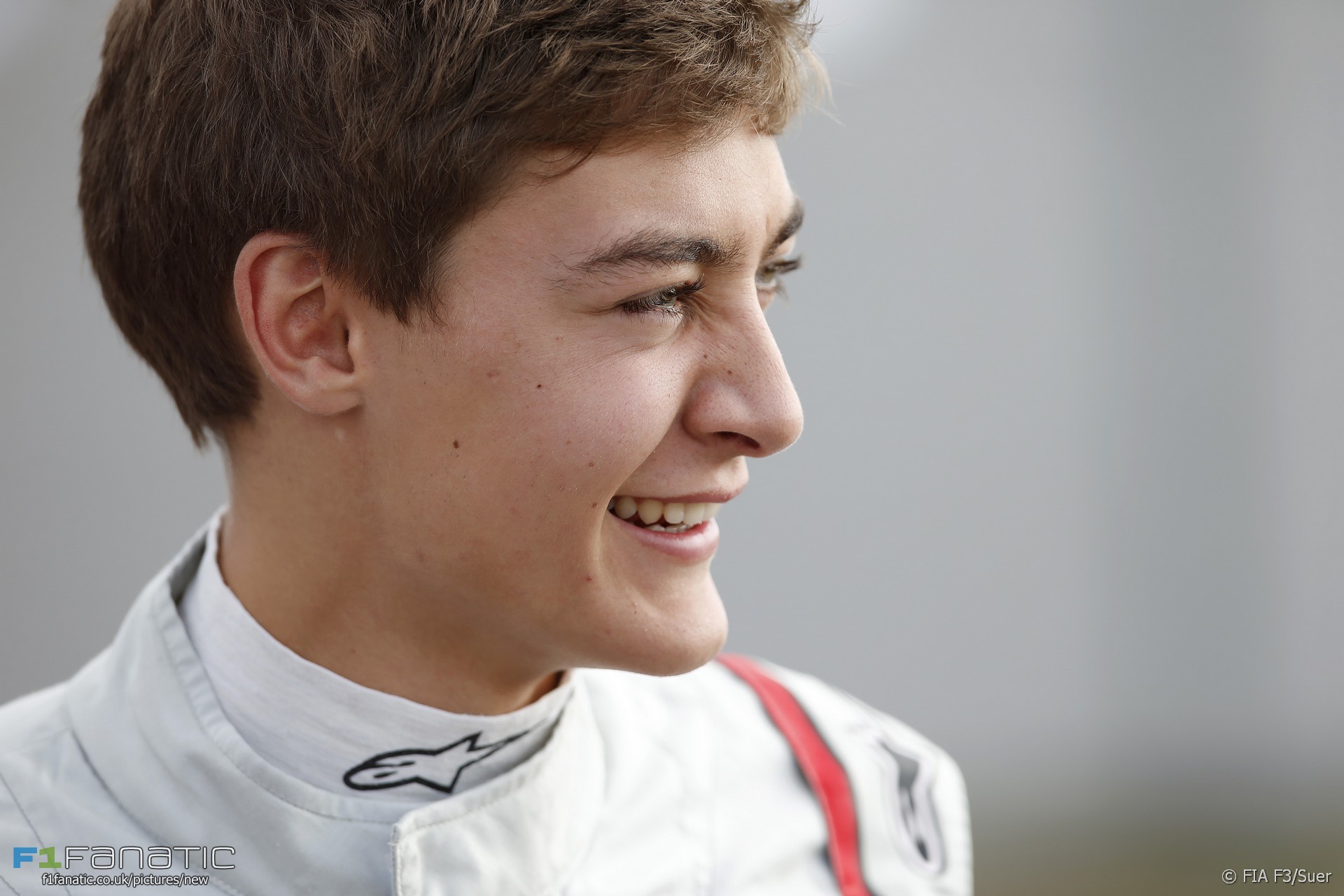 Russell, who finished third in European Formula Three behind Lance Stroll and Maximilian Gunther last year, will drive for ART in GP3 this season.

Mercedes executive director Toto Wolff said the 18-year-old had “shown impressive form in the junior categories and we’ve been keeping a close eye on him for a while now”. Russell won his second race start in F3, took the BRDC F4 series title in 2014 and was the CIK-FIA European KF3 karting champion in 2012. He also scooped the McLaren Autosport BRDC young driver of the year award in 2014 which earned him a test in a McLaren F1 car.

Russell said joining the world champions was an “incredible opportunity” and has already begun working with them.

“I’ve started doing some work with the team in the simulator and it’s already become clear to me that I’m working with people who are the best in the business, who I know will help me develop as a driver and as a person,” he said.

“George’s next challenge in GP3 will provide a good test of his credentials for the future,” Wolff added.

“We have already seen with Esteban how effective this series can be as a training ground and, of course, this is the championship which propelled Valtteri [Bottas] into Formula One, so we will follow George’s progress with great interest.”