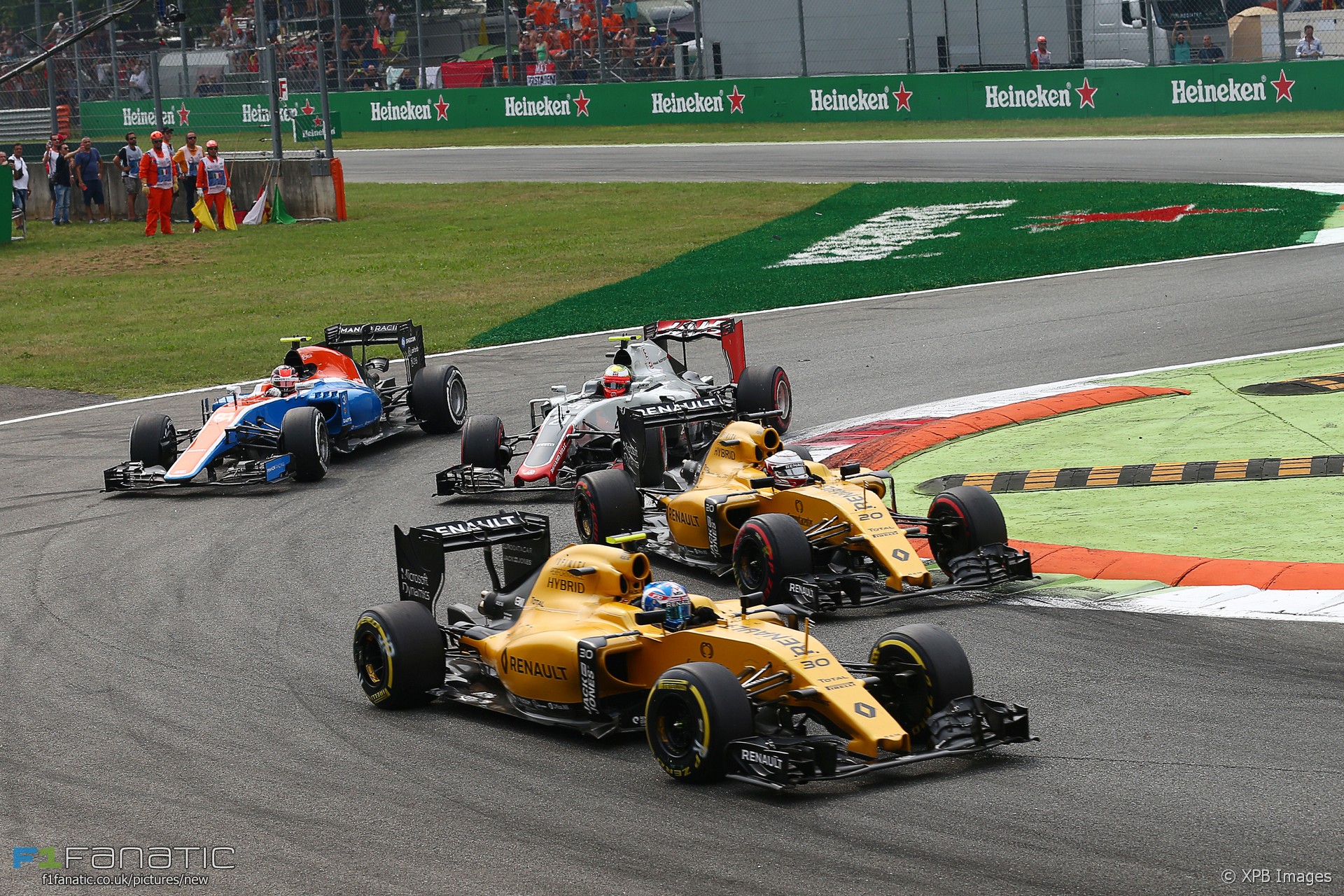 In the round-up: Jolyon Palmer says overtaking is unlikely to get more difficult in 2017 as it is already very hard.

"I’m going to wait and see how overtaking is affected because overtaking in 2016 was so difficult that I don’t see how it can be much harder to be brutally honest."

Hulkenberg: Renault will still be in build-up phase in 2017 (Motorsport)

"I don’t expect to be there in the top six straight away, even top 10 is going to be challenging."

"It is likely to get short shrift from the larger teams, who threatened to quit in 2009 when talk of a budget cap was first mentioned."

"I'd really like to test the skills of Rossi and Ogier in our cars. The idea would be to organise a track day with both of them."

Raikkonen: Ferrari has suffered in 2016 (Autosport)

"You suffer and we keep working hard and trying the best we can, but unfortunately the results weren't what we wanted."

"Now, he must start the year with one goal in mind: beating and outpacing Alonso. F1 is a jungle and the only law is to have the edge over your team mate."

"To step up to GP2, I don't see the point with less track time."

To thank Jumbo for their support throughout my career I signed special helmets for Frits and all of his family members for Christmas. pic.twitter.com/mZVFzk0ccI

After another Driver of the Year win for Ricciardo, do we now think Red Bull have F1’s best driver line-up?

It had to be either Ricciardo or Verstappen. Arguably Red Bull go into next year with the strongest lineup of any team, and if they have a championship-winning car you’ve got to expect one of them will win.
Adam (@Rocketpanda)

Happy birthday to Jerome D’Ambrosio who is 31 today.

113 comments on “Palmer doubts passing could get harder in 2017”