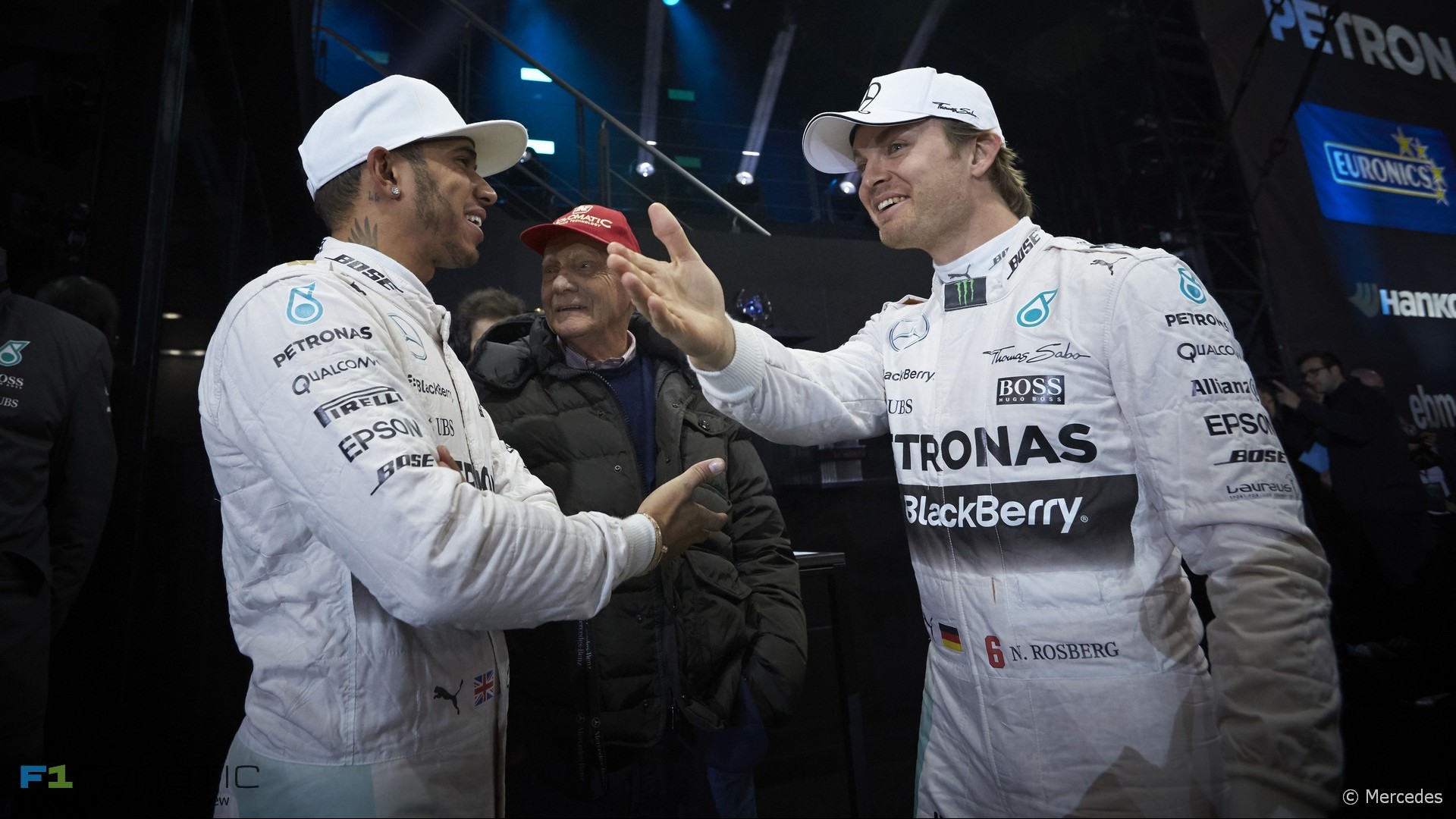 F1 Fanatic readers kept the laughs coming throughout 2016 in our regular caption competitions. Here are all 29 of this year’s winners: 93: Ferrari and the Pope Despite the presence of the Pope, a host of dignitaries and two top drivers, the director still ensured young Carmen Jorda was in the centre of the frame.
Neil (@Neilosjames) “Frank said he wanted to change it to Rexona because I already do enough for Sure.”
Neil (@Neilosjames) Romain could only force a smile after Haas revealed its new team principal.
Jackysteeg Lauda cancelled the apology practice after they missed hands for the fifth time.
@Wildrover84 After lapping within 12 seconds of Marco Sorenson in the simulator, Pink prepares for her seat fitting.
Pat Ruadh (@Fullcoursecaution) Max and Carlos had heard rumours about a seat free at McLaren.
Sam “Now where can we find two deckchairs ’round here?”
@John-H “We need to change the rules again, there are still people in the grandstands.”
@Andae23 Verstappen wonders how many more world champions he can dispose of before someone gets suspicious.
James (@spirals) “So, the guy at the back will take care of the braking?”
@Coldflyf1 Jacques Villeneuve gives his opinion on modern Formula One
@Jackysteeg With 15 races still to go, Sebastian could hardly contain his excitement at the thought of a new helmet design.
@Jonny705 Ecclestone: Don’t listen to those guys at F1 Fanatic!
@Coldfly Hamilton: “So I heard Bernie requesting Dynamo to disappear Mercedes from the grid?”
Bonnington: “Don’t worry Lewis, Chase Carey is on his way”
Neel Jani (@Neelv27) “One screw at a time… Not thinking about the title, not at all. Just focus on this screw, then the next one.”
Serkankster “Good. Use your aggressive feelings, boy. Let the hate flow through you.”
SaturnVF1 (@Doublestuffpenguin) In a sensational twist to the F1 driver market, Sauber announce their 2017 line-up.
Nick (@Theawesomefish) “You’re the only one who’s faster downhill then Kvyat’s career.”

More of your captions

If you enjoyed these, here’s more of the best caption competition winners from the previous season: