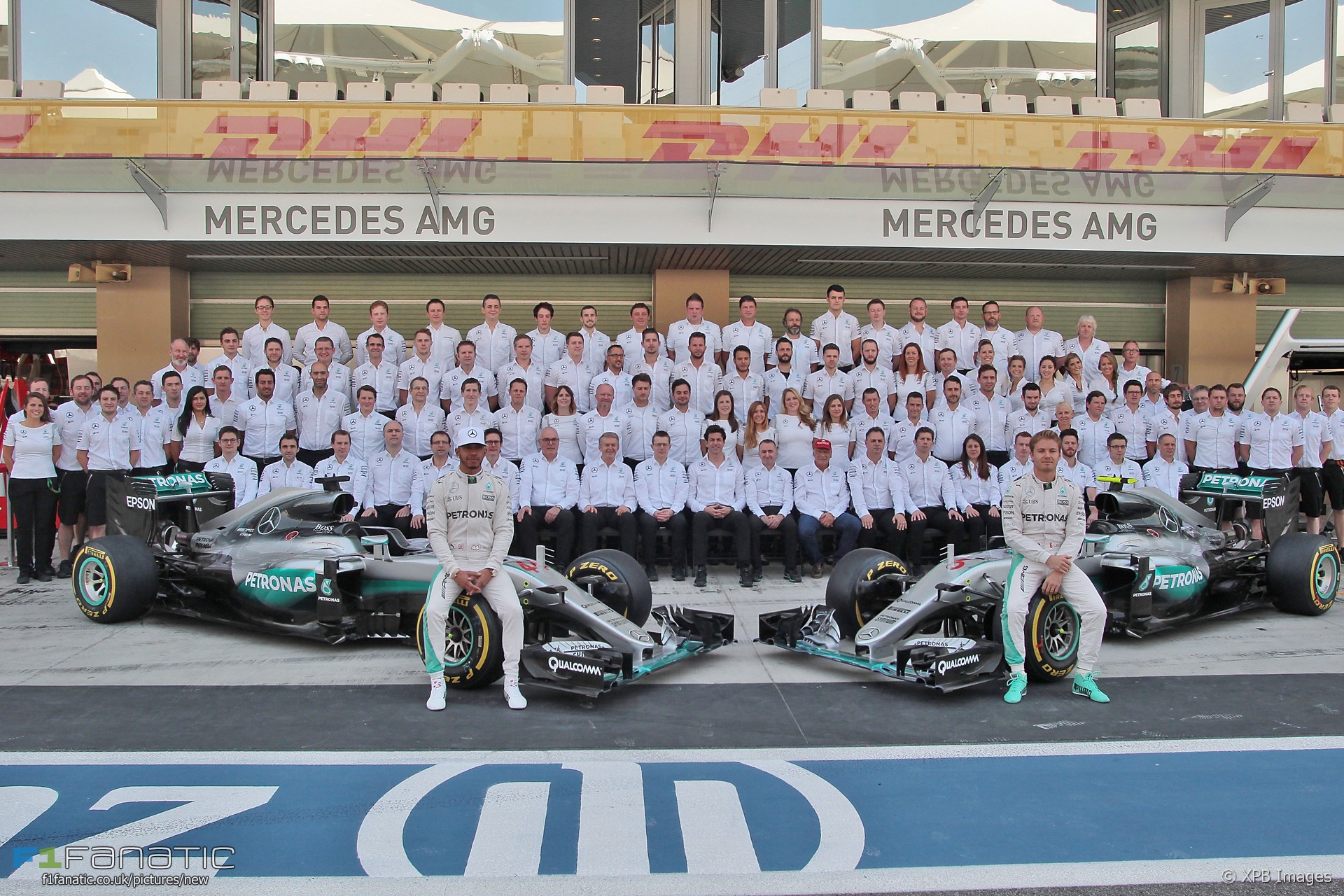 To their credit, Mercedes appreciate that the manner in which they have dominated the past three seasons of Formula One has not been good for the sport. They sustained and even raised their level yet further in 2016.

The silver team set new record for the most victories and pole positions in a season, achieving both before the final round of the longest-ever 2016 season. They have won 51 of the 59 races since the V6 hybrid turbo regulations were introduced at the beginning of 2014.

It was widely expected by many, including Toto Wolff, that as the current engine regulations matured the team would find itself under greater pressure from its rivals. But if Mercedes truly are finding diminishing returns from the current regulations the others are doing a poor job of exploiting it. Their performance advantage this year was comparable to what it had been in the previous two seasons.

Expecting this, Bernie Ecclestone tried and failed to cook up a new qualifying format to trip them up. A change in aerodynamic regulations will bring new challenges, but not until next year. Mercedes had the constructors’ championship wrapped up early enough to be able to turn their vast resources to addressing the 2017 rules package in good time.

On the track the team were even more competitive, thanks chiefly to them finding greater reliability from their package. Unfortunately for Lewis Hamilton he bore the brunt of what problems there were, notably at the beginning of the season in qualifying and then his blow-up in Malaysia.

This and other setbacks left Hamilton on the back foot in the championship fight with Nico Rosberg. The contest reached new heights of intensity after the pair crashed out while fighting for the lead in Spain. It put the team’s resolve to let the pair fight to the test once more.

Wolff defended the team’s policy of not appointing clear ‘number one’ and ‘number two’ drivers. “When we first brought Lewis and Nico together as our driver pairing back in 2013 we made it clear that there would be no number one status for either of them – and they didn’t want that either,” he explained.

“We knew we had two world class talents on our hands and that giving them equal opportunity to fulfil their potential would bring the best out of them. At the same time, we knew that this approach would sometimes give us some tough moments to deal with.”

Another “tough moment” came in Austria where the pair made contact again. This time both finished but a one-two result was lost and Rosberg was penalised by the stewards for his driving.

Hamilton’s engine failure in Malaysia and a lacklustre performance in Japan put Rosberg on course for the title. Heading into the final race it was clear Hamilton’s only chance to win would be if he held Rosberg up. This presented Mercedes with a fresh dilemma, and repeatedly badgering Hamilton to up his pace when he had no incentive to do so was futile and, ultimately, inconsequential.

In the run-up to the final race Hamilton had again raised his concerns about why members of his team had been swapped with Rosberg’s earlier in the season. Wolff defended the move as being for the greater benefit of the team rather than either driver individually.

“We have to take decisions for many hundreds of people and develop them,” said Wolff. “It is our duty and obligation towards these 1500 people and the great brand to take the right decisions and not one single individual – although taking into mind what is important for the driver itself.”

However at the end of the season one single individual made a decision which rocked the team to its core and threatens to disrupt their winning ways. Before Abu Dhabi Mercedes clearly had no inkling Rosberg’s bombshell decision to quit the sport was coming. Just five months earlier he had signed a new two-year contract to continue driving for them.

Mercedes’ rivals will be relishing the uncertainty the champions have been plunged into as the year comes to an end. While Valtteri Bottas is widely expected to win the race to Rosberg’s seat, nothing has been confirmed yet. And rumours also suggest technical chief Paddy Lowe is planning a departure, a move which could hit the team even harder.

71 comments on “Mercedes crush the competition but lose their champion”