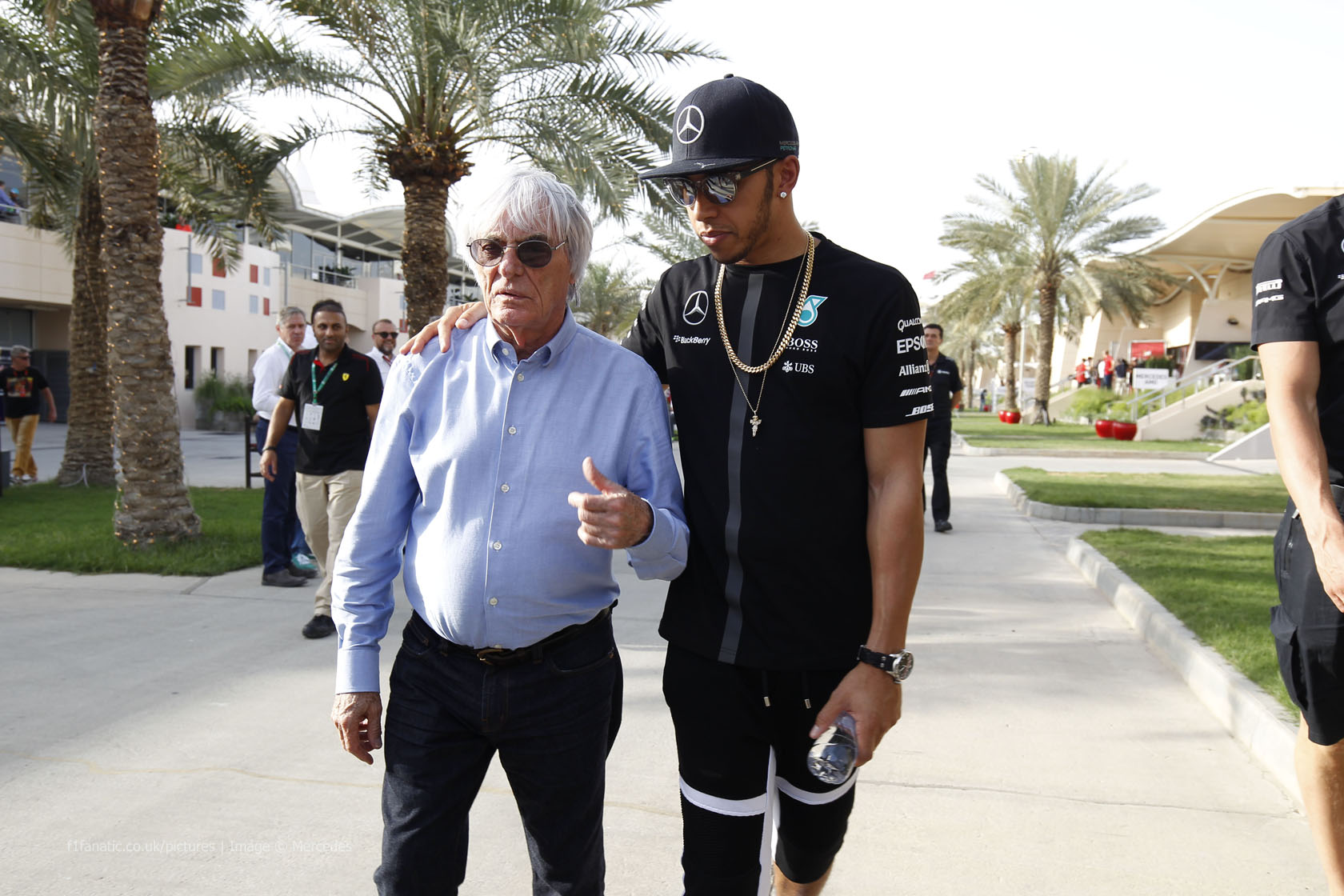 In the round-up: Lewis Hamilton says F1 needs to learn from America how to promote itself better.

The fastest man on wheels (Time)

Lewis Hamilton: "The way Formula One is run is not good enough at the moment."

"He was appointed by McLaren's outgoing chairman and CEO Ron Dennis, but since Dennis was placed on 'gardening leave', pending the expiration of his current contract on January 15 2017, Capito's position was regarded as vulnerable, in some quarters."

"The father of the nine-time world champion talks Valentino, F1 and possibilities after Moto GP."

"The Italian squad said during a Christmas media event on Monday that its new car will run for the first time at its Fiorano circuit on February 24."

"It is the first time I will go into next season knowing I am in F1 straight away."

"It is unknown who took the pictures or how they were smuggled out of the highly guarded Schumacher compound, and prosecutors in Offenburg, Germany have initiated an investigation into the matter."

"Rosberg was clearly miffed how his teammate could be so much faster and after qualifying he sat looking at the timing screens, wondering where on earth Hamilton had found the time."

At Liberty to speculate: How Liberty Media has the potential to transform F1 (ESPN)

"If Live Nation take over global ticket sales, and circuits sell only those tickets still remaining when time comes to open the gates for the race weekend, new arrangements will have to be drawn up to ensure that circuits are still able to cover some of their costs, as is the case now."

So if Bottas goes to merc Williams are looking at bringing Massa back! Why not give Paul Di Resta a chance????? #boringf1

Ross Brawn’s prediction that Mercedes will still be the team to beat next year surprised few:

I’ve been afraid about this since Hungary.

They won with a 30-plus sec lead to the nearest Red Bull on a track which was supposed to fit their car. And even then Red Bull were nearly beaten by Ferrari that race. And the only reason they ever came close at Singapore was differing strategies. I don’t believe for one bit Mercedes will drop the ball on chassis development.
Ruben

Happy birthday to Karl Wendlinger who is 48 today.