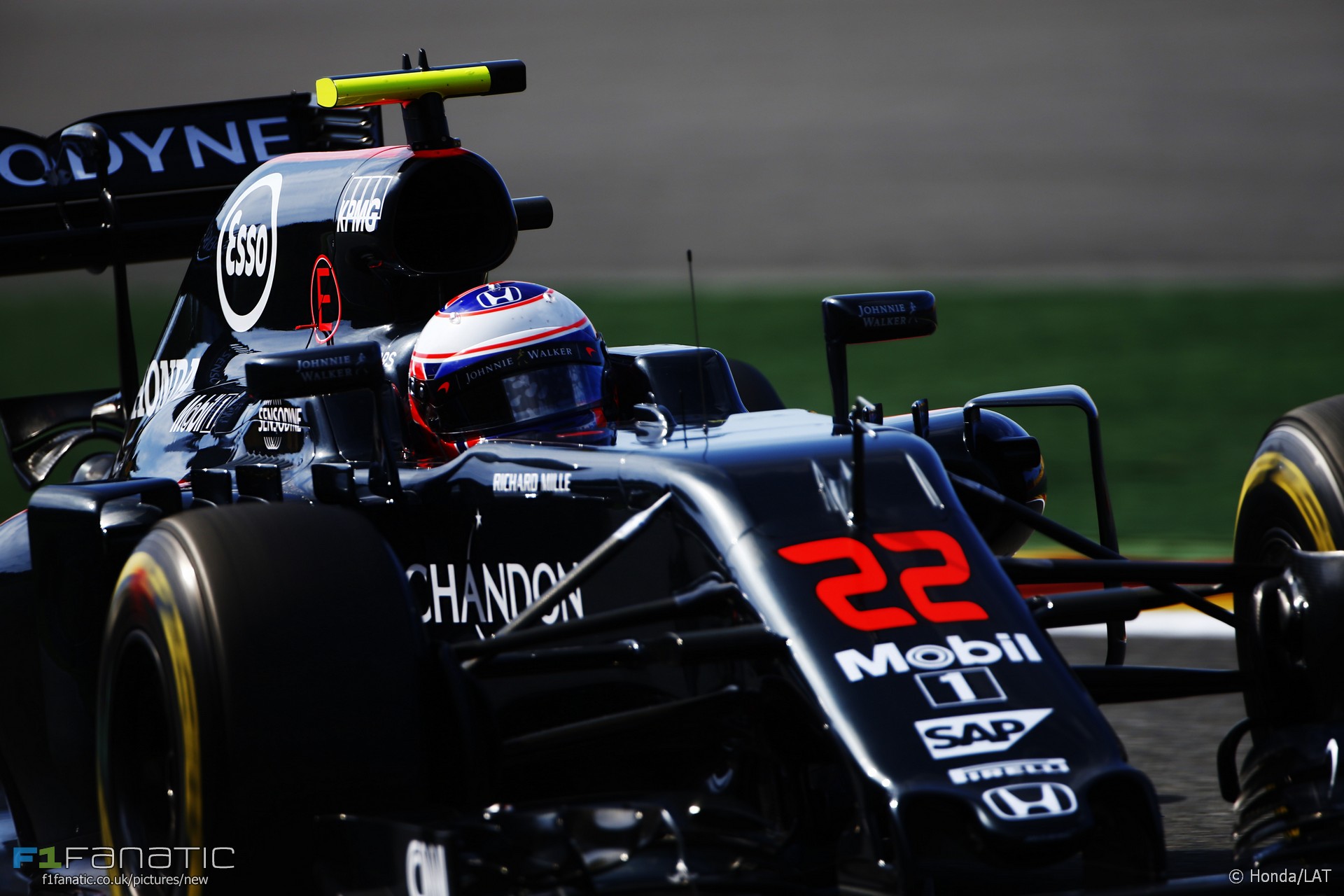 Was McLaren’s second season of using Honda’s V6 hybrid turbo really that much better than the first?

Sixth in the championship is still far from the heights they are used to. In raw performance terms they narrowed the deficit to Mercedes from 3% to 2.2%. Nor was reliability that much better – they only had three fewer race-ending technical failures than last year.

But crucially the McLaren-Honda package can now be seen as a potentially front-running combination in some respects. Around slow corners, short corners and in braking zones the MP4-31 was up there with the best, as demonstrated by the team’s results at tracks like Sochi, Monaco and Singapore.

Having sacrificed some of their ‘size zero’ design philosophy to boost the Honda’s turbine, the result was a hike in usable power. This did not lift them from last among F1’s four engine manufacturers, but brought respectability.

It also allowed the team’s all-star driver line-up to show a little more of what they could do. Fernando Alonso was at his tenacious best whenever he sniffed the points places.

Jenson Button’s season, which will probably proved to have been his last, was more of a mixed bag. Nonetheless he had the car running in the rare heights of second place at the Red Bull Ring.

The Honda power unit is undoubtedly the biggest part of their performance deficit to the front runners. Blaming the rest simply on aerodynamics could be misleading, as a team with a less powerful engine cannot afford the same drag penalty as other teams.

The car plainly lacked around longer corners than its rivals, which explained its conspicuously poor performance at Honda’s home track. But most encouragingly for the future was that the team seemed to have greater confidence that the upgrades it was putting on the car were working. The pay-off was 17 top-ten finishes in races – 11 more than last year – and 12 Q3 appearances versus none in 2015: definite progress.

However as the season came to an end the team was rocked by another seismic change. Long-time leader Ron Dennis has been forced aside following a dispute at board level. Jost Capito, who only arrived from Volkswagen in September, is set to depart his role in charge of the F1 team.

Zak Brown has stepped in to head up the team on the commercial side and has quickly served notice that he wants the days of vacant spaces on the team’s car to quickly become a thing of the past. But the full effect of these changes will not be felt until next year.

11 comments on “Changes continue as McLaren and Honda make gains”