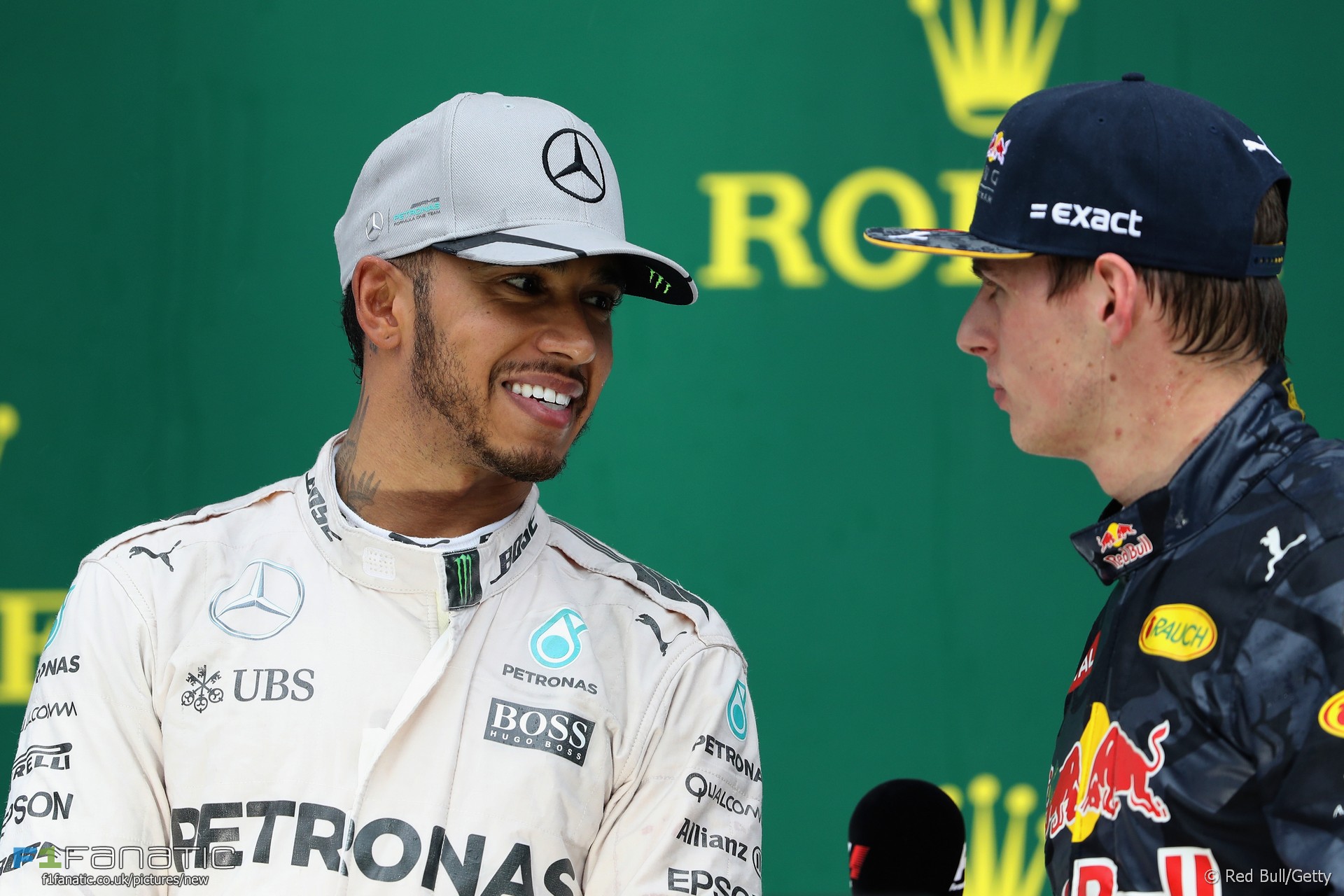 In the round-up: Bernie Ecclestone says Max Verstappen is the only driver who could challenge Lewis Hamilton in the same team.

"Verstappen has been super. When I say nobody (could beat Hamilton), maybe Max in that car could hurry Lewis along a little bit."

"Why would we do that (let Sainz join Mercedes)? Carlos has done a great job. He is a Red Bull driver."

"People often underestimate the importance of continuity in a team. The driver is the final link you need between the engineers and the data."

Honda wants call on second 2018 team by May (Autosport)

"Mercedes customers have no strong intention to change their engine to Honda."

"Perhaps Moto GP’s relative simplicity is also an attraction. While F1 keeps tinkering with its rules and World Superbike and British Superbike have their own regulatory contrivances, Moto GP stays old-school: the quickest rider over one lap starts from pole, the quickest rider over 25 laps wins the race and the rider with the most points at the end of the season wins the championship."

I really think it’s the time to rethink the whole concept of a formula car, because let’s face it – it’s a disaster and anachronism. It was common in the first half of the 20th century only because engineers were looking for a way to make cars lighter and didn’t care about aerodynamics or safety. But come on, it’t 2016 now. Time to scrap that idea.

If you’ve got wheels closed, you don’t have to develop all these complicated front wings. Cars are much less susceptible to the dirty air, performance returns on aerodynamic investment are diminished, closer grid, better racing.More straight line speed, longer braking distances, better racing. Less tiny and fragile parts – less damage prone cars and guess what? Yes, better racing. Also there is much more room for design and the cars would look much more diverse than they do now.

The only argument I’ve heard for the open wheels is “They’ve always been like that, it’s tradition and blah blah blah…” but come on, it’s not even a real argument, it’s just a typical unwillingness to accept changes.
Dmitry (@Albedo)

Fernando Alonso had his first test as a McLaren driver ten years ago today, wearing plain overalls due to his ongoing commitments to Renault.

144 comments on “Only Verstappen could threaten Hamilton – Ecclestone”