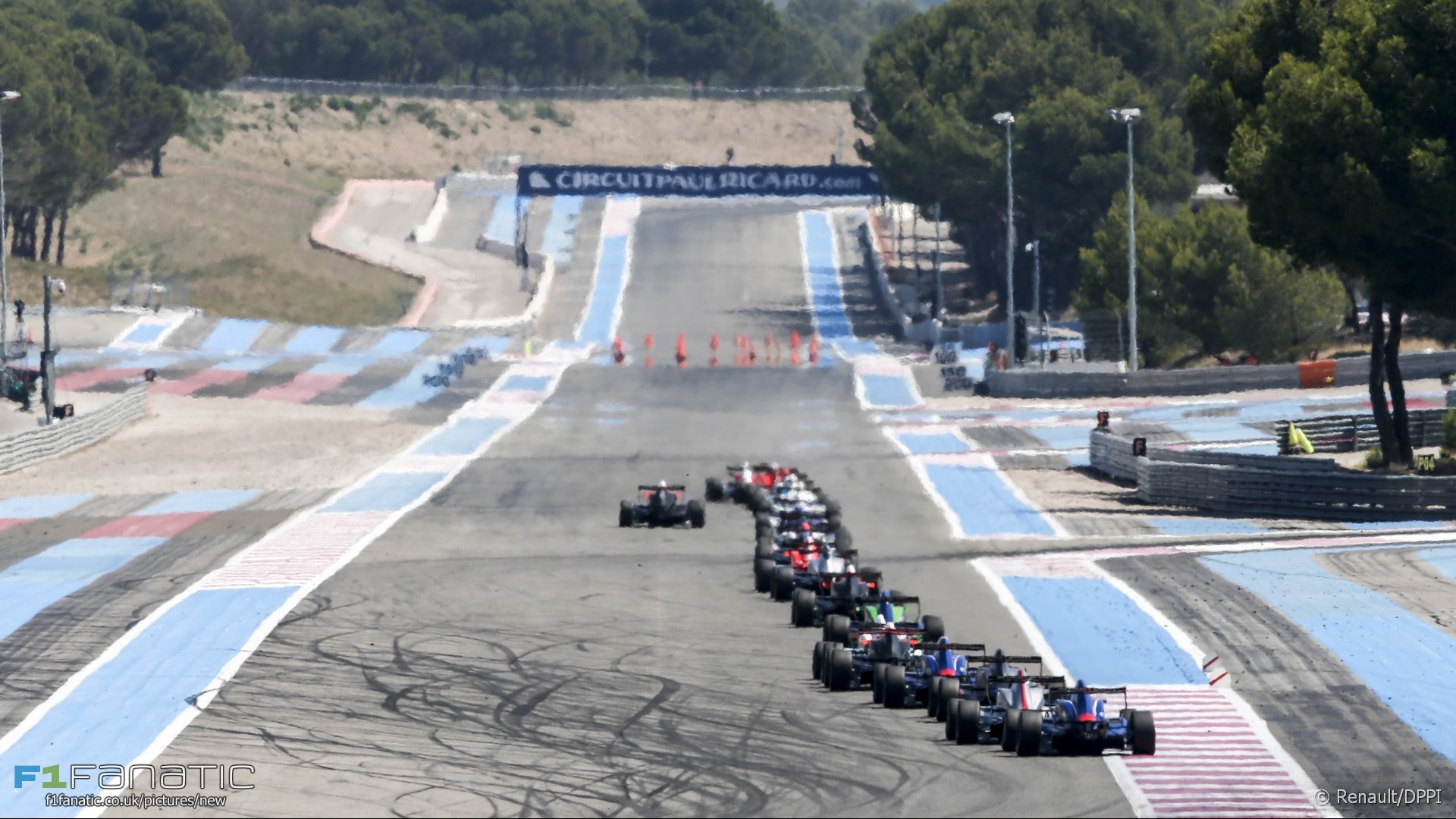 Formula One will not use the full 1.8-kilometre Mistral Straight at Paul Ricard when the track hosts the French Grand Prix in 2018.

The straight, one of the longest in Europe, will be interrupted by a chicane when F1 returns for its first race at the track since 1990 according to track officials.

The full length Mistral straight which leads into the high-speed Signes corner was used by F1 from the first race at the track in 1971 until 1985. The straight was shortened for the final five races at the track following a testing crash which claimed the life of Elio de Angelis at the Verrerie S-bend.

F1 will use the North Chicane variant of the circuit, as raced on by series including the Formula Renault 2.0 Eurocup (see below) earlier this year. Another difference between the new version of the track and its previous incarnation is at Verrerie, which will be tighter than the version used until 1985. The track length will be 5.842 kilometres, indicating a race distance of 53 laps.

Paul Ricard was turned into a testing-only facility in 2002. The process included installing all-asphalt run-offs which use a combination of high-grip surfaces and artificial grass to discourage corner-cutting.

The track re-opened for racing activities in 2009. Among the series to visit the Paul Ricard this year were Formula V8 3.5, European Formula Three, Formula Renault 2.0 Eurocup, European Le Mans Series and the World Touring Car Championship, using a range of the track’s 167 possible layouts.