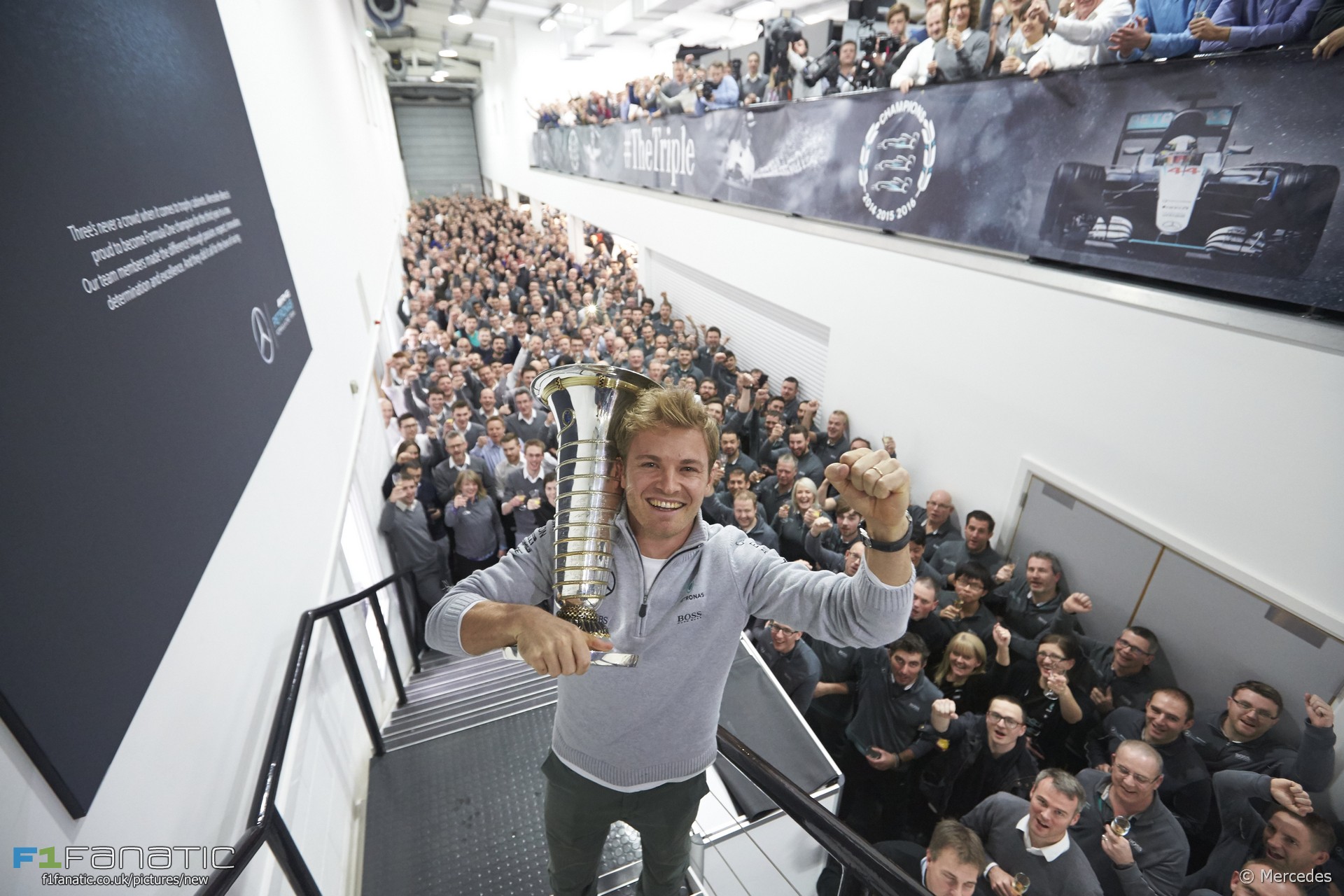 Formula One was rocked by Nico Rosberg’s revelation on Friday that he won’t be returning to defend his championship next year.

The world champion’s car being vacant for the coming season is an almost unprecedented situation. Unsurprisingly, Mercedes have already indicated they have been inundated by requests from many drivers on the grid – some of which will already have contracts in place for 2017.

The silver team could have the pick of almost every driver in the sport. So who should they turn to?

As the reigning constructors’ champions, and facing a likely much greater threat from rivals Red Bull in 2017, Mercedes need a quick driver but also one who is not going to make silly mistakes and throw their car off the track.

But it’s not difficult to see how the time pressures involved and the difficulty of extracting drivers from their contracts will inevitably delay the process. Any team willing to release a driver to Mercedes may be unwilling to do so without having first lined up a replacement.

Multiple champions Sebastian Vettel and Fernando Alonso, who have endured too much defeat for their tastes in recent years, will no doubt be investigating whether a move to Brackley is possible. But what’s possible isn’t the same as what’s practical.

With their contracts up for renewal in 12 months’ time, the sensible call for Mercedes could be to find a driver who is a safe pair of hands, appoint them for one year, and take more time over the call on who to employ for 2018 – by which time Lewis Hamilton’s contract will also be up for renewal.

There may be another factor to consider. Having a German driver in the team has obvious value from a marketing perspective: a point Nico Hulkenberg and Pascal Wehrlein’s representatives will no doubt have been ramming home.

As appealing as the idea of Alonso reuniting with Hamilton for another championship slugfest is, I’m not convinced it’s realistic. Why would McLaren leave themselves high and dry with a rookie and one empty seat just to keep Mercedes happy?

And the Ferrari pair know what an affront to their team it would be if word got out that they had tried and failed to jump ship.

The Red Bull contingent – all four drivers plus Pierre Gasly – can be safely ruled out. Christian Horner is not going to do Toto Wolff any favours, particularly after last year’s row over engines.

Nico Hulkenberg ticks many boxes: quick, experienced, knows the Mercedes power unit and is German. He must be sick at the thought of having signed a Renault contract which, if it’s gointo pay off at all, probably won’t do for several years. But he must be one of the ones pushing hardest for a switch.

A driver who would tick most of the same boxes, and has the added benefit of an existing relationship with Wolff, is Valtteri Bottas. That could make it easier for Mercedes to get their hands on him.

Easier still for Mercedes would be to appoint one of their own junior drivers. Promoting Esteban Ocon to the seat would be comparable to the speed with which Red Bull promoted Max Verstappen. Ocon is already set to join Force India – another Mercedes customer team – for next year.

Could Force India be persuaded to take another Mercedes youngster, Pascal Wehrlein, instead? Or might Wehrlein himself get the Mercedes gig?

I tend to think one of these could be a more realistic option than poaching a driver who has already won the championship. I was hugely impressed by Ocon in F3 and GP3, and would love to see Mercedes give him the kind of opportunity Red Bull handed to Verstappen.

Assuming Mercedes can lay their hands on any driver for next year, and leaving aside next year’s rookie crop and this year’s retirees, who should they hire to replace Rosberg? Cast your vote and explain your choice below.

Who should Mercedes hire as Hamilton's team mate for 2017?

291 comments on “Who should Mercedes hire to replace Rosberg?”