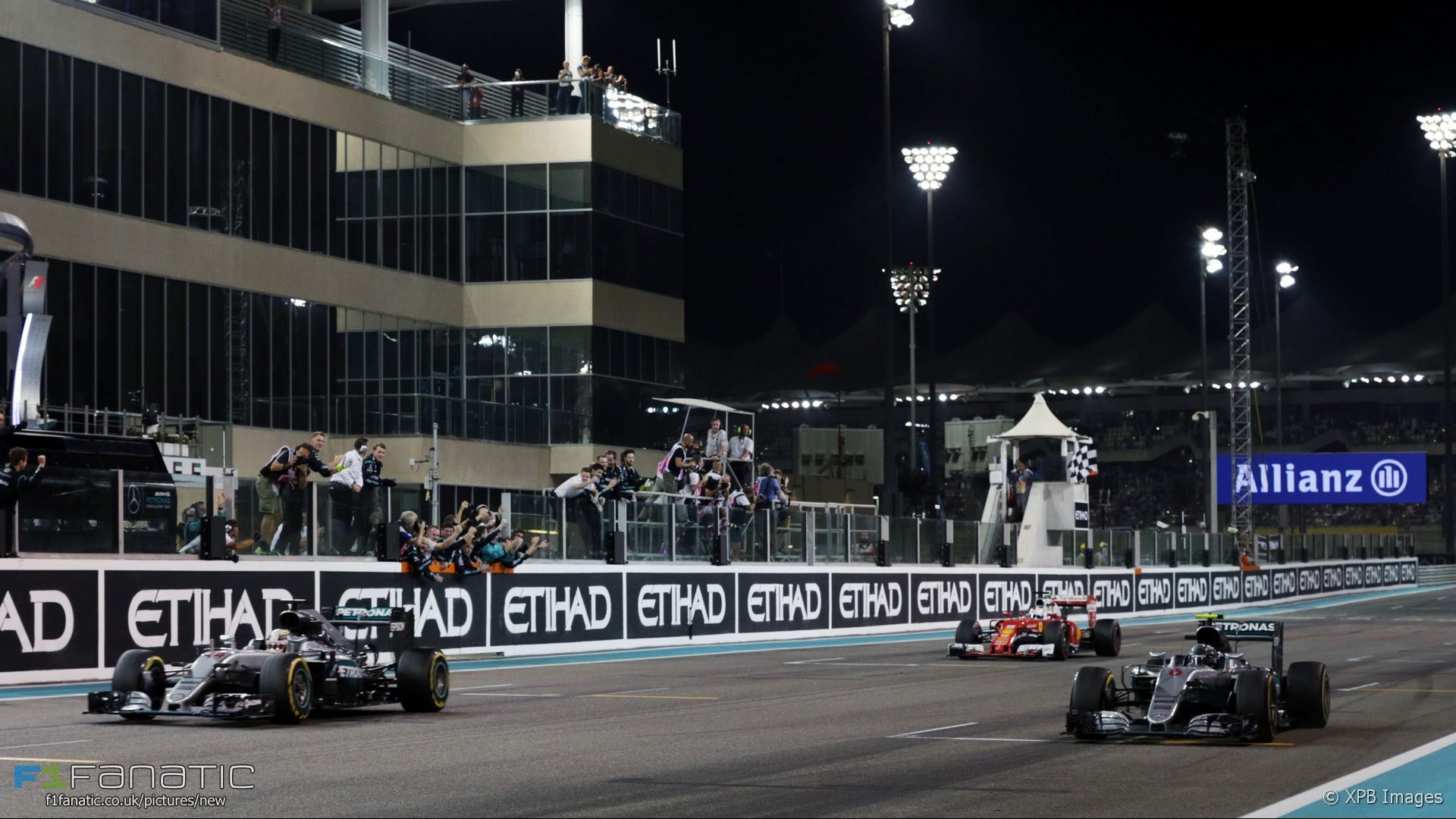 The Mercedes driver backed Nico Rosberg into the chasing pack at the beginning and end of the race in a bid to encourage their rivals to overtake his team mate and help his championship cause.

Drivers past and present gave differing views on whether Hamilton’s tactics were acceptable, and whether he was right to interfere in Rosberg’s race.

I think Lewis was trying to back us up, and I probably would have done the same, you have to try these things to win a championship.
Max Verstappen

It was a tricky situation with Lewis in the end playing some dirty tricks.
Sebastian Vettel (on the team radio after the race)

It was clear that he was slowing them down. We did two seconds, he was one-and-a-half seconds slower than I think he could have gone. I can understand, everybody picks his own tactics.

But obviously for myself it was interesting because I thought I can have a shot at a race win. But I can see that obviously for Nico it wasn’t very pleasant as well as for the team.
Sebastian Vettel (after the race)

Lewis did his own race, he tried to win the championship in his way. But the danger was Vettel. Because if Vettel had started a little earlier his attack we could have lost the whole race. So this, for me as the Mercedes chairman, we have to think about it.

[On whether he would have done the same] No because I would have still taken care of winning the race, this was his mission, in the quickest possible way, and then whatever happens to Nico is Nico’s decision.
Niki Lauda

I am a sportsman no I would not do this. This is wrong sorry.
Nigel Mansell

It always looked likely that Lewis was going to drive the slowest possible race should he be in the lead, and that’s exactly what happened.
Christian Horner

Lewis’s tactics in the race has drawn very mixed views! My opinion is that he did what any driver would have done. Had one card to play… You do wonder if someone like Jason Plato would have managed to back up the pack more successfully to allow Max and Seb a better chance?
Karun Chandhok

I don’t think [I] would have done that or said that. You’s just got to do what you can on the day, you’ve got to follow team orders too. He’s a lucky boy. To be with Mercedes-Benz, a totally dominant team, he should be very grateful not upset.
Jackie Stewart

Lewis was doing an awesome job at that. He nailed it perfectly. He was pushing in the first sector to make sure I don’t come close where it’s possible to overtake, and then sandbagging in the rest. So that just made it unbelievably tough out there.
Nico Rosberg

[On whether he could have done more to spoil Rosberg’s race] I don’t think so, really, beyond being dangerous and that’s not my driving style. It’s not what I would ever do, to put someone else at risk. I tried to help the others get near but they, Seb, didn’t have the pace.
Lewis Hamilton

175 comments on ““Dirty tricks” or fair game? What they said about Hamilton’s tactics”