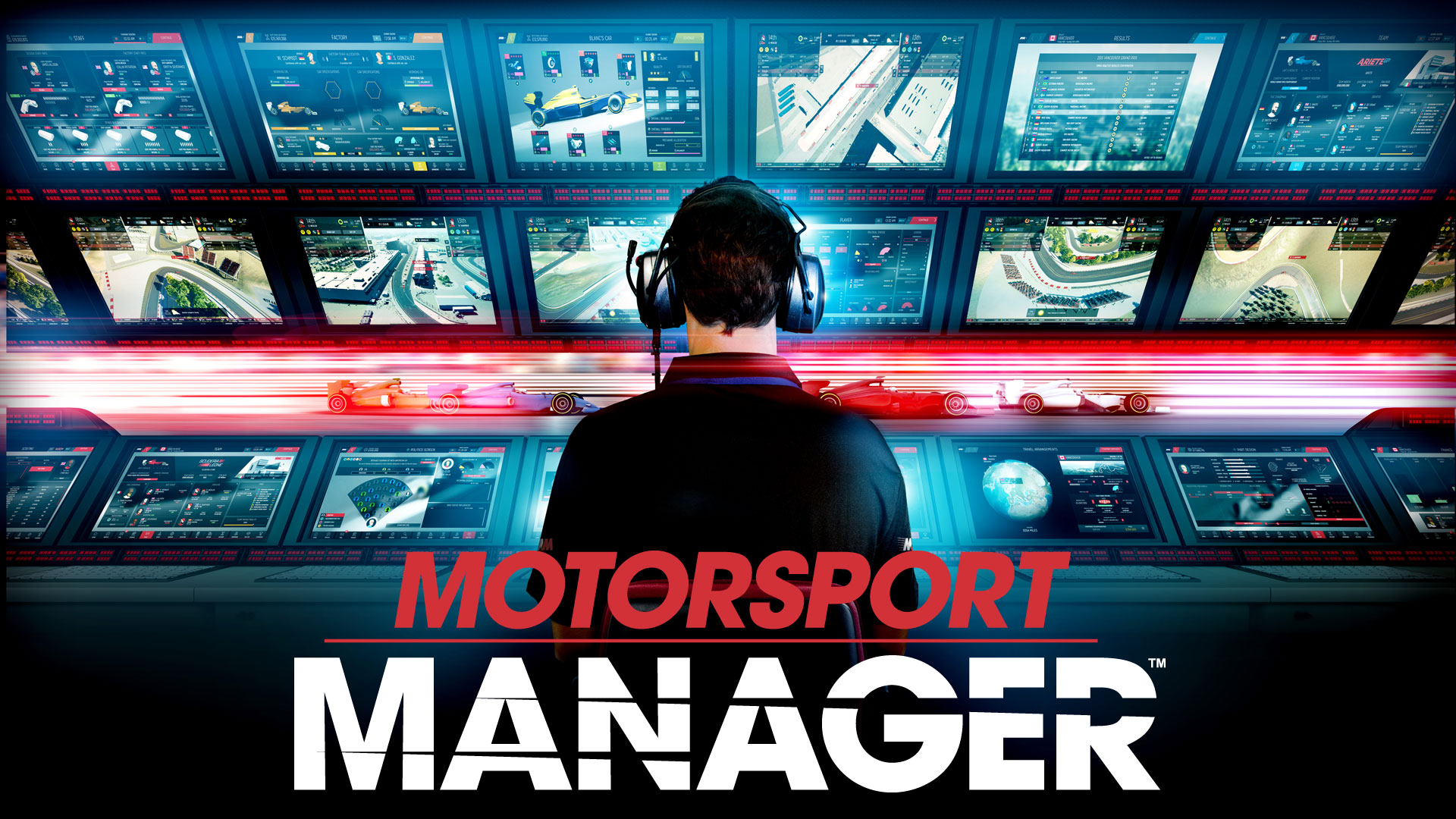 Motorsport Manager makes its long-awaited leap from mobile to full game on November 10th. Will Wood has been playing the final release version.

It’s a peculiar quirk of motorsport that what happens far away from the track is often more critical to determining how championships are decided than what happens on it.

From engineering research and development to the complexities of the driver market, sponsorship and race strategy, what better sport is there to base a management simulation game on than Formula One?

But despite a number of popular and critically acclaimed F1 management sims in the nineties, there hasn’t been a true modern version of classics like Grand Prix Manager or Grand Prix World for almost two decades.

Happily, Playsport Games have stepped up to produce a long-awaited racing management game in the form of the imaginatively-titled Motorsport Manager.

Taking on the virtual role of team principal, Motorsport Manager offers players the chance to take the reins of one of 30 original teams over three original single-seater racing series in an entirely fictionalised motorsport game world.

From managing finances, signing drivers and team personnel, building up team resources, developing your car and coping with the challenges of race day from the pit wall, Motorsport Manager puts the gameplay focus on the factory as much as on the grid.

Learning from the best

The brainchild of independent games developer Christian West – who single-handedly coded the original mobile version in his bedroom – Motosport Manager is a fully-featured retail release that expands on everything that made the mobile game a success.

To bring the game to PCs the newly formed Playsport Games studio have teamed up with Sega. That can only raise expectations, as this is the publisher behind gaming’s most successful sports management series, Football Manager.

Unsurprisingly, Motorsport Manager carries with it so much of the same DNA of its footballing counterpart, meaning anyone familiar with Sega’s flagship series will instantly feel right at home with the game’s front-end menu design and gameplay loop.

But even newcomers to the management genre will find the game surprisingly accessible. An extensive tutorial system walks players through every facet of the game and comes highly recommended for all no matter your experience with the genre.

Creating your character allows you to choose your back-story to determine your manager’s perks – be it a boost to your drivers’ morale if you were an ex-driver yourself, design perks if you select an engineering background or a sponsorship boost if your character has financial roots.

This is a game driven by numbers, with attributes playing a key role in every meaningful action from how quickly your team develops new parts to how effective your upgrades are.

Thankfully, the game features an intuitive menu system that makes it very easy to keep track of the various parameters at play. Emails from your team help you to keep up to date with any potential problems to contend with and the game will highlight any matters of importance before allowing you to progress time, making it easier to keep track of what you should be doing.

Predictably, the actual racing side of the game is perhaps the most enjoyable. You have full control over car preparation, setup and fuel and tyre strategy. You can run practice programmes to earn experience points to unlock boosts to help improve tyre wear or race pace, while qualifying includes a fun mini-game where you attempt to help your drivers reach maximum tyre temperature before they reach their flying lap.

Races themselves are exciting and dynamic. With live telemetry from the car, you advise your drivers to push or back off, turn engines up or down depending on how tyre temperatures, fuel levels or race circumstances dictate.

The game runs on a real-time 3D engine that is smooth and not too taxing on systems, while the plethora of stats and info boxes available on the screen mean that all the data and information you could want to help plan your race is just a click or two away.

You’ll naturally find yourself using this data to play to your team’s strengths. Have a driver with high overtaking ability but low consistency? Put them on an aggressive strategy that may include an extra pit stop and let them pass cars on track. If you have a more conservative but smooth driver, put them on harder tyres and let them make time up while rivals take extra stops.

With AI retirements, component failures, constantly changing track and weather conditions and even safety cars and red flag interventions all factors to consider, you cannot afford to lose concentration for a single lap.

Successfully managing a tricky race and bringing both cars home for a double points finish or snatching a surprise podium can feel intensely rewarding, while losing a $200,000 bonus for a top eight finish after being passed on the run to the line with no fuel left is infuriating.

As an unlicensed product, this is not a Formula 1 game. There are no real-world championships, teams, drivers or circuits on offer here. But what Motorsport Manager lacks in authenticity, it makes up for by offering a rich and vibrant virtual world.

The Global Motorsport Association that governs the racing world of Motorsport Manager will regularly change series calendars as well as regulations which, as you progress up the championships, you will have the opportunity to influence in your favour when put up to vote.

The three tiers of championship – starting with the European Racing Series and the Asia-Pacific Super Cup up to the World Motorsport Championship – each have ten unique teams to join. Each team has its own merits and weaknesses that add a different dimension to managing each of the 30 teams which can move up or down the championship tiers.

There’s the plucky, cash-strapped underdogs who still enjoy a strong team morale, the perennial midfielders who have built their best ever car but lack the driving talent to fully exploit it, or the well-established front-runners who have all the resources to succeed but are running into debt.

Drivers and team personnel also have various traits that influence their performance. Some drivers are arrogant and refuse to obey team orders to move aside, some are exceptionally marketable and will attract more sponsors, while some may even experience a mid-life identity crisis and temporarily lose focus, reducing their attributes.

The game’s characters are also diverse, with an impressively wide range of nationalities and ethnicities on display. In a welcome move, women drivers are healthily represented and will regularly challenge for podiums, wins and titles.

There’s a sense of wit and humour that permeates throughout the game too, with a social media feed where fans praise or berate your team’s performance, drivers having their radio messages censored by the GMA or the tutorials being run by a strangely familiar moustached and flat-capped ‘former racing legend’.

It all works to give Motorsport Manager an immersive fantasy world where the characters are more than just hollow names governed by attributes and actually have a sense of personality.

Aside from the career mode, players have the option to run a single race on any circuit with any team in any series for fun or for practice, while a challenge mode offers particular scenarios to take on with more promised to be added to the game in future.

There are some minor gripes with the game. There’s no option to customise team identities, names or logos or create an entirely new team from scratch. While you can edit your car’s livery using a simple but effective editor, it costs an eye-watering $500,000 of your team’s cash for the privilege.

Races can take a while to complete in the ‘medium’ or ‘long’ race lengths, but thankfully you can change this setting at your leisure. With all the information on the screen, it can be easy to drown in data at times and struggle to work out exactly what you need to react to, while pit stops can be fiddly at times with having to enter a separate menu to click through the number of laps of fuel and tyres to be added to each car on every venture through the pits.

The sound design is decent, but engine sounds aren’t a patch on Grand Prix World’s real-world captured samples. An interactive press interview system is interesting at first, but answer choices usually consist of either ‘arrogant’, ‘professional’ or ‘pessimistic’ responses where it quickly becomes clear that the best option is to always go the middling, non-committal route.

But none of this takes anything away from the fact that Motorsport Manager is a very well realised game. Seeing your team develop over the course of a season can be very gratifying and it’s accessible enough that you don’t need an A-level in business studies to be able to succeed in the cut-throat world of professional motorsport.

It goes without saying that fans of the original mobile version will greatly enjoy this expanded version, while anyone who may still enjoy the classic F1 management sims of old will be delighted with this new offering. But this is a game that require weeks or even months of investment to really get the most out of, seeing your team and the world itself slowly evolve as you gradually build towards conquering the world championship.

It’s been a long time since we had a game that allowed us to channel our inner Toto Wolffs. Ultimately, Motorsport Manager offers a deep, rewarding and fun gameplay experience that will scratch a long itch for armchair team principals across the world.