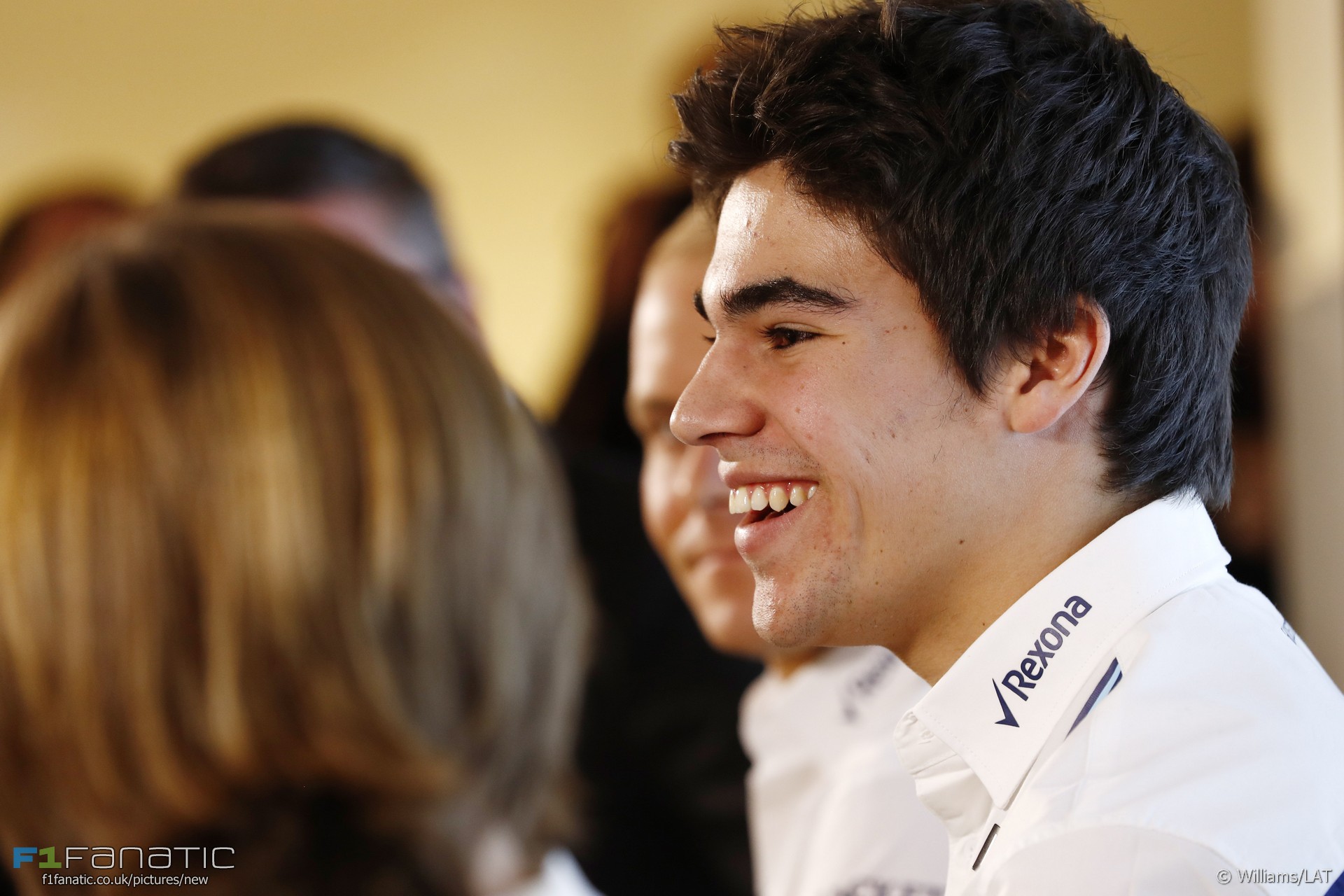 Has the news of Lance Stroll’s promotion to Williams for 2017 has left you concerned Formula One is becoming a sport for wealthy drivers only? You’re not alone.

“It’s a bit ridiculous that a sport should be the way F1 is, where you should have to put in so much money to get to the top,” said one young driver earlier this year. “I think it should be the opposite.”

Sensible words. That same up-and-coming rookie also had the foresight to switch high school programmes, taking on a more demanding curriculum in order to qualify for university. A useful back-up plan for someone who realised that, as he put it, “there’s more to life than racing”.

This up-and-coming rookie is, of course, Lance Stroll.

It’s easy to say money shouldn’t matter when you’ve got plenty of it. But nor can anyone suggest Stroll is ignorant of the fact his rivals have had a more difficult time getting to the top.

Stroll’s billionaire father aided his ascent through connections at the highest level at the sport. Lance was just 11 when he joined Ferrari’s young driver programme.

He soon moved from Canada to Europe to further his karting career. When the time came to move into single-seater racing cars Lawrence Stroll invested heavily in Prema and appointed top drivers for his son to learn from in Formula Four and Formula Three.

While Stroll has delivered the required titles the lavish spending which has gone into his career has not been to the benefit of these championships. European F3 is the most striking example.

From the heights of 2014 when Max Verstappen, Esteban Ocon and Antonio Giovinazzi sparred for the title in a field of almost three dozen, the number of cars dwindled to less than half that this year as Stroll collected the title. Prema’s rivals saw no value in going up against the Stroll juggernaut.

Having switched to Williams’ junior driver programme at the end of last year his promotion to the team this season was widely expected. The speed of his promotion has prompted criticism: some of it is valid, some of it plainly rooted in envy.

Other racing drivers have come to Stroll’s defence. “What’s all this hate against Lance Stroll? Or should I say jealousy?” wrote Daniel Juncadella on social media earlier this year.

“Do you guys seriously think he’s the only one out there who’s father can buy him an F1 seat? Don’t you guys think that maybe he’s the only capable of those?”

“If you don’t, you know nothing about him nor motorsport. Go on a grandstand and watch him, instead of reading all the sensationalist news and basing your opinions on that.”

It’s true that the biggest headlines Stroll had generated prior to today were due to his wealth and some highly questionable driving incidents. Eyes rolled when Ferrari announced in 2010 the son of Ferrari collector Lawrence Stroll had been signed as the youngest-ever member of their young driver programme at the age of 11.

Lance Stroll was in the spotlight for the wrong reasons again five years later when a pair of questionable moves in Formula Three races led to him being disqualified twice.

Stroll deserved the criticism he got for those incidents. But he also deserves praise for the way he came back after them.

“I got my expectations too high too quickly and those were the weekends that I was running at the front and I did make mistakes,” he admitted afterwards.

And learn he did. He cut out the dodgy moves and was a much improved driver over the second half of 2015. A more mature Stroll returned in 2016 and the result has been a dominant championship victory. Stroll won 14 out of 30 races on his way to the European F3 crown.

But doubts persist over just how convincing a performance that was. This year’s F3 field was far less strong than it had been two years ago when Esteban Ocon raced to the title ahead of Tom Blomqvist and Max Verstappen.

The huge sums Stroll’s billionaire father invested in his son’s campaign with Prema led many to believe his success was an inevitability, so they decided to race elsewhere. The field halved in size as six teams sat out 2016 and another, Carlin, dropped out temporarily mid-season. Accusations Stroll benefited from team orders in the season-opener and used special parts developed exclusively for him by Williams, leading to two disqualifications, fuelled the innuendo around him.

On the face of it, a year or two more in a junior championship would have made sense for Stroll. But the call has been made and he will be on the grid at Melbourne next year.

This is great news for his homeland. It’s 20 years since Canada’s last driver made his debut for Williams and ten since Jacques Villeneuve’s career ended ingloriously at BMW Sauber. The Canadian Grand Prix promoters, facing doubts over the future of their race, will also be encouraged by the move.

And, of course, it’s good news for Williams. This is a team which does not enjoy the huge pay-offs given to the likes of Ferrari and Red Bull. A driver who is both quick and financed – in the Sergio Perez mould – is a double blessing.

“You need to put in a certain amount like any sport – if you play tennis you need to buy a racket – but to pay to drive for a team, that’s wrong,” said Stroll. “It’s also the world we live in.”

Indeed it is. And so Lance Stroll, like any other F1 driver, deserves a chance to prove himself before we make up our minds about him.

97 comments on “Cashing in and crashing out: Williams’ new signing Stroll splits opinion”