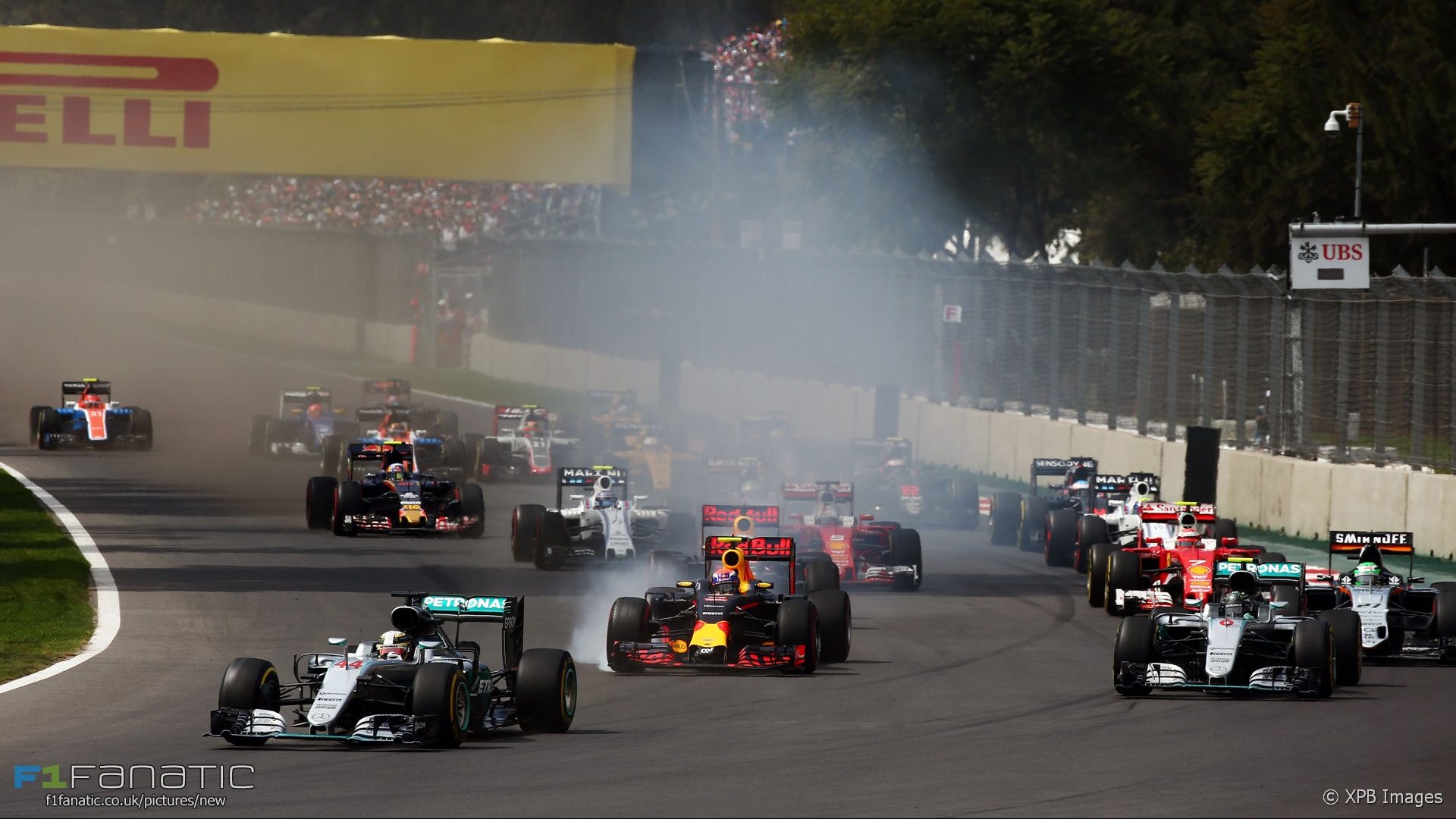 Nico Hulkenberg has added his voice to the complaints over Lewis Hamilton’s tactics at the start of the Mexican Grand Prix.

Hamilton, who started from pole position, locked a wheel at the first corner and went straight on, bypassing turn two entirely as he rejoined the track.

The Force India driver claimed his rival had obtained a huge advantage and was surprised the move wasn’t even investigated.

“I’m actually very surprised about that because [it was a] massive advantage,” Hulkenberg told reporters in Mexico.

“I think he was going well off the track. He was far, far from making turn one and two.”

“That that was not even looked at, very surprising to me, because on every other track it might be a shunt or losing positions. Can’t understand why it hasn’t been looked at.”

Hamilton went on to win the race and denied he gained an advantage by cutting the corner on the first lap.

“I had a completely flat-spotted tyre so that definitely wasn’t an advantage,” he said. “I think I was still in the lead going in so I was in the lead coming out, so I don’t believe so.”

Red Bull drivers Max Verstappen and Daniel Ricciardo also questioned why Hamilton was allowed to cut the corner without receiving a penalty.