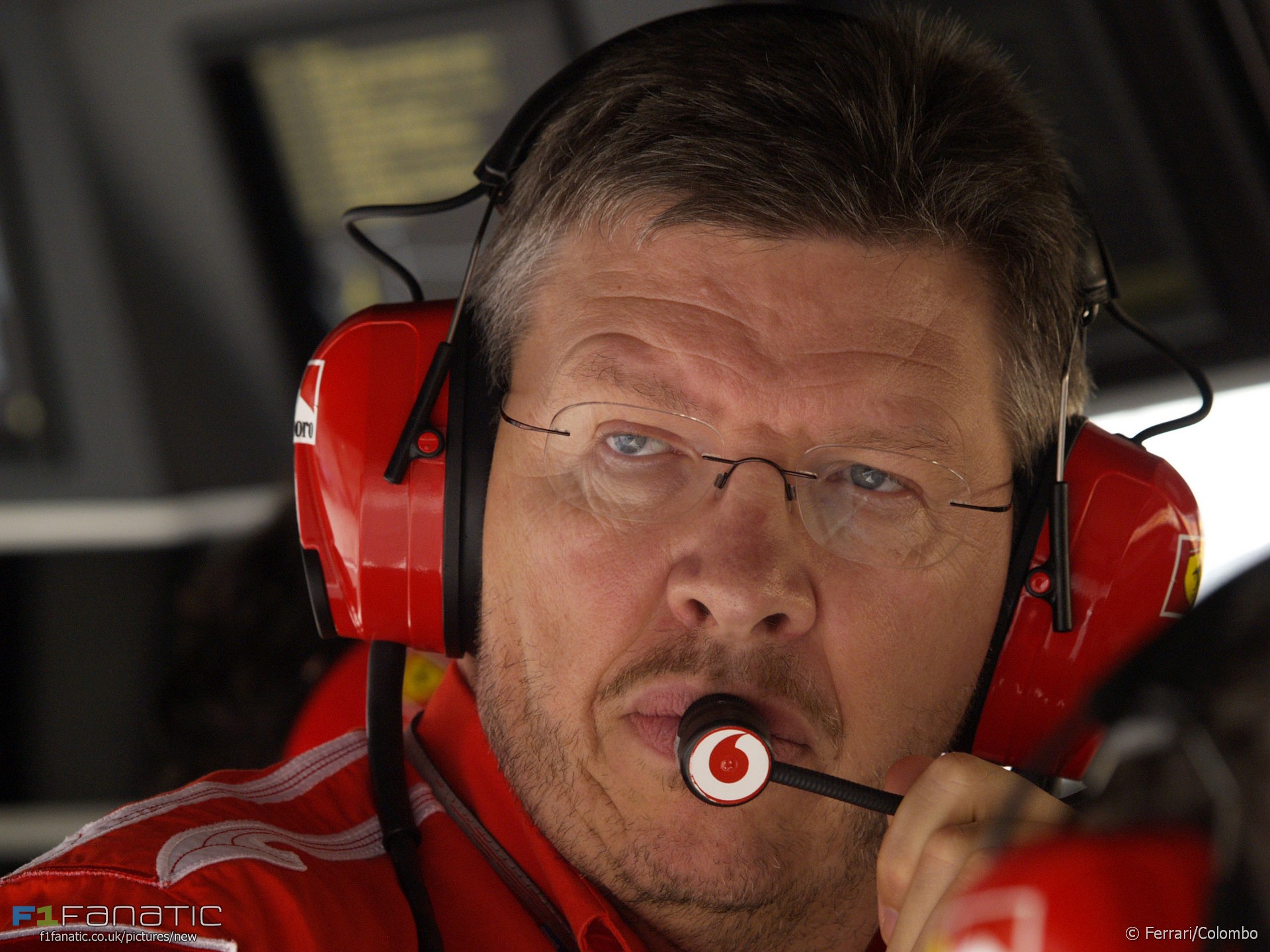 Ross Brawn has revealed Ferrari’s veto power over F1 rules changes was such a closely-guarded secret that he was unaware of it during most of his time at the team.

Ferrari has had the option to veto changes to the Formula One rules since the 1980s. However the existence of the veto only became public knowledge in 2009 and Brawn has now revealed he was unaware of it as late as 2005, eight years after he joined the team.

In a new book written by former Williams CEO Adam Parr, Brawn said he did not know about the veto when Ferrari was seeking to oppose a new rule for 2005 which banned drivers from changing tyres during a race. He believes the rule was introduced to disrupt Ferrari’s domination of the sport with tyre supplier Bridgestone in the early 2000s.

“I didn’t know that we had a veto then,” Brawn confirmed. He doubts Jean Todt, Ferrari’s general director at the time and now FIA president, would have done so. “We didn’t use it and I don’t think Jean would have ever used it, because we knew it was wrong.”

Brawn admitted he learned about the existence of the veto “later in my Ferrari career”, which ended in 2007.

He also revealed the team’s unhappiness over the introduction of new tyre rules for 2005 influenced their behaviour during that year’s United States Grand Prix. Only six cars started that race – all the Bridgestone-equipped teams including Ferrari – after the Michelin-shod runners found their tyres were failing on turn 13.

Ferrari refused to accept compromises which would have allowed their rivals to race. “We were in a position where we were feeling very aggrieved because of what had gone on with the tyre rules, feeling persecuted,” said Brawn. “So our mindset was not to have much sympathy when the perpetrators of the one-race tyre had a problem.”

Parr and Brawn’s book “Total Competition” will be published by Simon and Schuster on November 3rd.