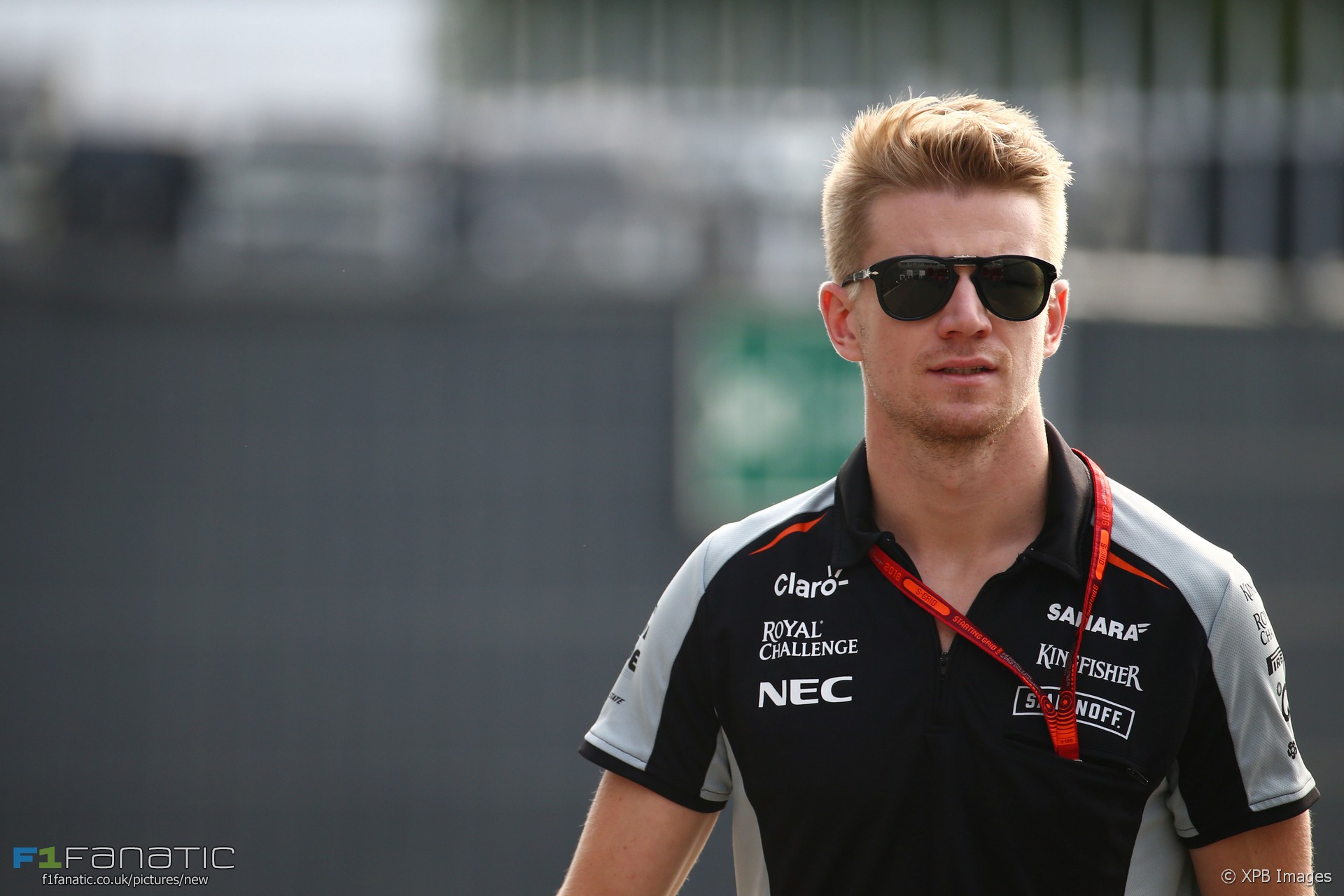 In the round-up: Nico Hulkenberg is the latest driver to be linked to a move to Renault in 2017.

"While there is no official word, several sources said in Japan that Nico Hulkenberg would next year join the French team from Force India."

Raikkonen: It’s not hard to let people past... (Crash)

"When there are blue flags certain people just move out of the way, let you pass and they're one lap down. I understand sometimes they're having their own battles, but it's not difficult to let people pass."

"It is believed that they wanted to clarify the situation informally with the Dutchman, as moving under braking is something the FIA does not wish to become a common accepted practice."

"I saw already out of turn 14 he had a good exit so yeah, I was using a bit of energy and I defended into the last chicane."

"Today, I wasn't even able to clear a McLaren that is the second slowest car in the field."

"If nothing happens to either car, I don’t think Lewis will be able to turn it round again."

"What if a journalist interviewing the reigning world champion had started playing with their mobile phone while he was speaking? The chances of a second interview would be slim to none, and rightly so."

"The heartwarming consensus seemed to be that far from polarising opinion because he is a black man, Hamilton does so because he can be a bit of a surly git."

The Ferrari carrying Vettel on the driver parade just broke down, I shit you not. He has a tough time completing lap 1 this year…..

Race leaders – get over it. It's a narrow track where backmarkers can't constantly disappear off the road. Stop being so precious #F1

Vettel seems to think his engineer is able to make cars move out of the way and Raikkonen believes his has the power to issue penalties. #F1

Was calling someone an idiot for reporting on FIA documents just a "bit of fun" or "disrespectful"? Asking for a friend.

Had one of the most frustrating races of my life. Nothing came our way this weekend but be sure we will give everything again in Austin!

Watching Formula E from HK. Are you falling asleep or is it just me?

I’m glad Mercedes withdrew the protest because in my view this was just hard racing. I’m aware that moving in the braking zones can potentially be very dangerous but I think that Verstappen made his move early enough and Hamilton was left with enough time to react to his move.

I personally think that Verstappen’s defending and driving in general has been a breath of fresh air in F1. I was getting really tired of drivers moving out of the way every time a driver with fresher tires/faster car was trying to overtake them. Verstappen is not one of those drivers, he’s always determined to make the other driver’s job as hard as possible. Although some of his moves were questionable, like those in Spa or Hungary, most of the time it’s just hard racing and i feel that F1 has been missing that for some time.
Pikashi (@Kashi13)

James Hunt won the United States Grand Prix East 40 years ago today at Watkins Glen ahead of Jody Scheckter’s six-wheeled Tyrrell. Niki Lauda took third, and so went into the final race of 1976 three points ahead of Hunt.