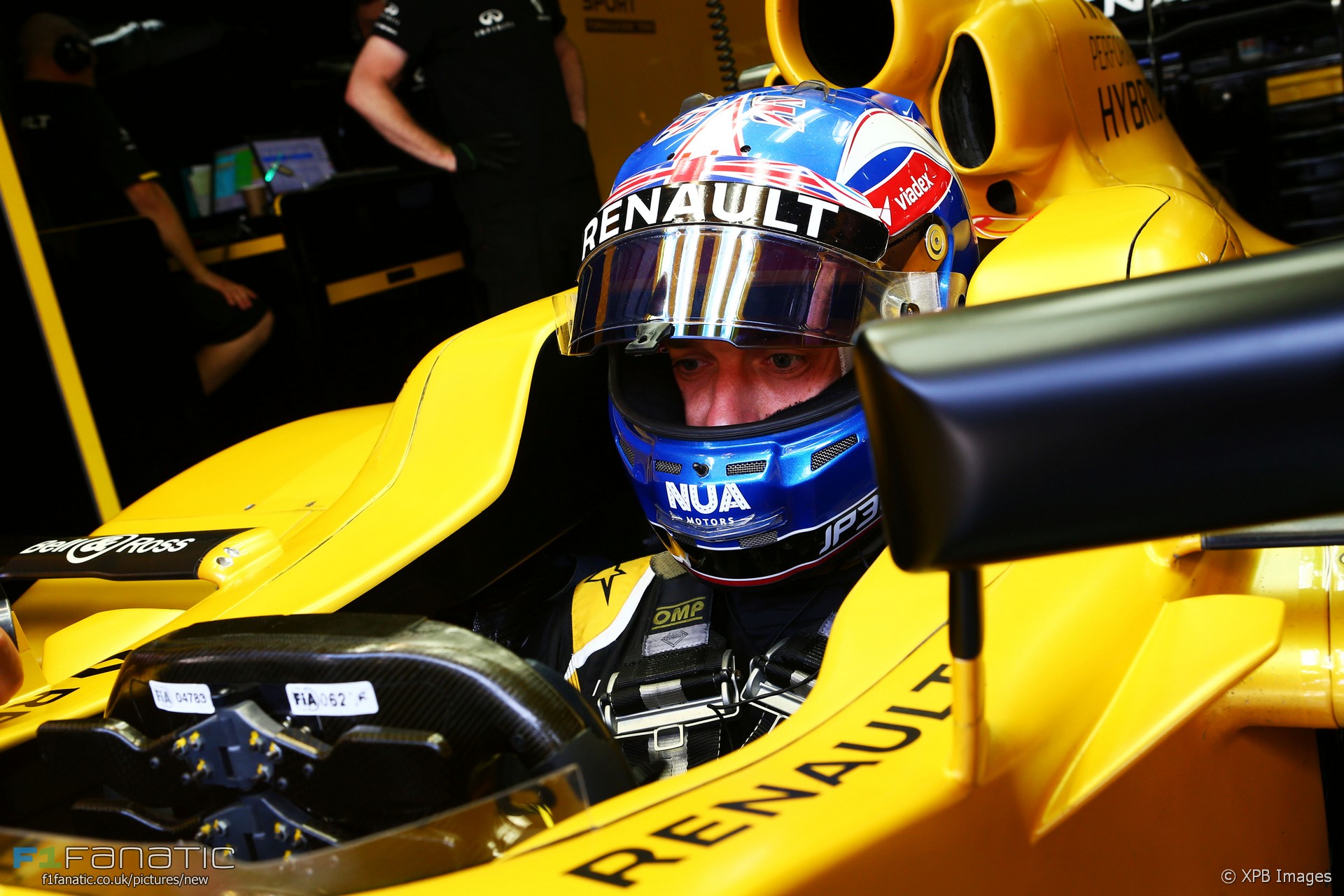 Jolyon Palmer believes his performance in the cockpit compares favourably with that of his more experienced team mate.

The rookie driver says he’s been on Kevin Magnussen’s level for “the last ten races”.

“I feel that the early part of the season was quite difficult,” said Palmer in today’s FIA press conference, “but I think after Monaco everything’s been pretty close all the time with Kev.”

Palmer scored the first point of his F1 career at the last race despite owning up to a mistake during Q1. “[In] Malaysia I think qualifying wasn’t my strong point,” he said.

“I was doing quite well until qualifying but at least I recovered in the race.”

“I’d say performance-wise we were definitely quicker than we have been,” he added. “On Friday we knew that on quali and also on the long runs we were looking quite good.”

“And then in the race a mixture of keeping the tyres alive and good strategy because starting 19th there was quite a lot of work to do. We did one stop and we used the soft tyre which was quick to the end. So, I have Carlos [Sainz Jnr] putting me under a bit of pressure but we managed to keep the pace up and make the one-stop work.”