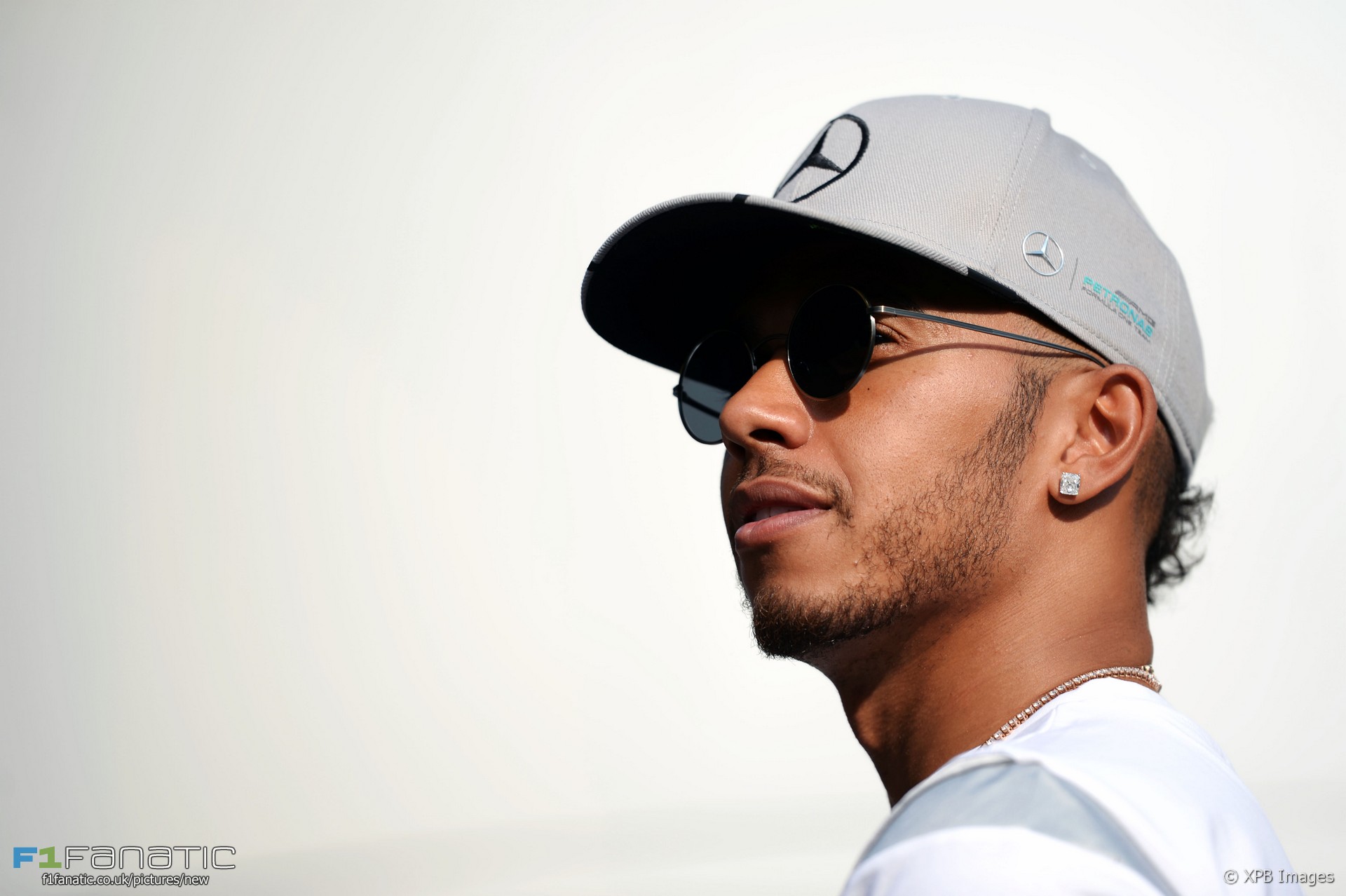 "What he meant by 'something or someone' doesn't want him to win this year... LH: 'A higher power. It feels right now that the man above or any higher power is intervening a little bit.'"

"What do you guys think, suddenly we start to sabotage? Why? It's completely ridiculous and stupid."

"I could see him behind me. He wants to win the race in the first corner, which is, of course, ridiculous."

"There was no interference, and the instruction was you are racing each other, but just respect each other, which is what we talked about this morning, and give each other space."

"Winning races and titles is very much a team effort, and despite the praise Hamilton heaped on his own race crew, the very fact that one of the team's drivers is publicly asking questions that imply (at best) bias and (at worst) outright sabotage is only going to lower morale in a team that should be celebrating their most dominant season yet."

F1 conspiracy theories find little fertile ground with me. Anyone in F1 knows the amount of work that goes into getting two cars on track.

Mercedes inform us Hamilton not doing written media. But horse has bolted with those comments on the TV pen.

Irrespective of result, journalists have travelled to Malaysia to interview drivers post race yet they've been prevented on this occasion.

And now, after turning on his team, Mercedes say Hamilton will not be doing his written media session. Perhaps they think he's said enough?

My point of view.. one of the best overtake I saw this year , no drs, just an amazing overtake @nico_rosberg 🔝

Today, the pain is indescribable, but I truly believe God never gives you more than you can handle. I want to say a huge thank you to the fans who stood on their feet in the blazing hot sun, or from their sofas at home, watching and supporting me this weekend. I'm so grateful. I have 100% faith in my team, they have worked so hard both at the track, and factory, and I want to say a HUGE thank you to them. I know we've had all these problems but it's not how we fall, it's how we get up. It's not how we are in moments of comfort that define us, but how we are in the face of adversity. We are champions and that's how we will move forward. I will, we will, NEVER give up! @mercedesamgf1 photo by @suttonimages

A point the conspiracy theorists never have an answer to:

When you pay a driver £30m per year to advertise your road cars in front of an audience of millions then you don’t deliberately set out to create a scenario where your car has smoke and flames ripping out the back of it, before grinding to a halt.
Calum

James Hunt won the Canadian Grand Prix 40 years ago today while Niki Lauda was point-less in his second race after returning from injury. That left Hunt eight points behind Lauda with two races to go.