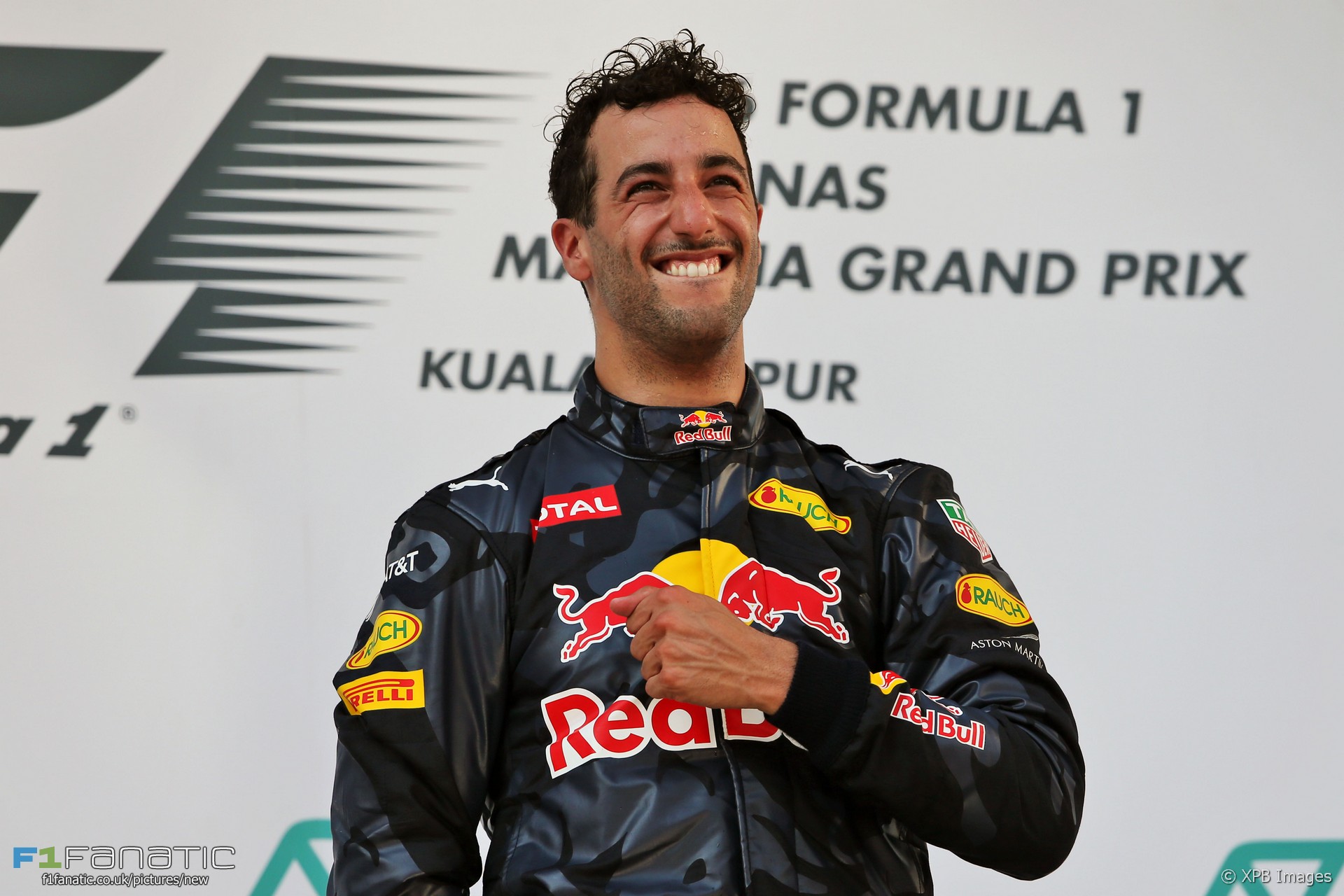 Speaking to media after the race Ricciardo also thanked his team and family after taking his fourth grand prix victory.

“After Monaco in particular was obviously mixed emotions. It was a hard one to take. I felt we’ve come through that, as a team we’ve learnt a lot. As a person, it made me a bit stronger. I think I’ve only got better since then.”

“I want to thank my parents. They’re not here this weekend but definitely without them… I think just simple things, the way they supported me growing up. I had a good upbringing, I’m thankful for that. I think it’s definitely helped me get to this point. My sister as well.”

“My life definitely changed after that incident. I’m extremely grateful and appreciative of everything that I’ve got. I’ll dedicate this to him.”