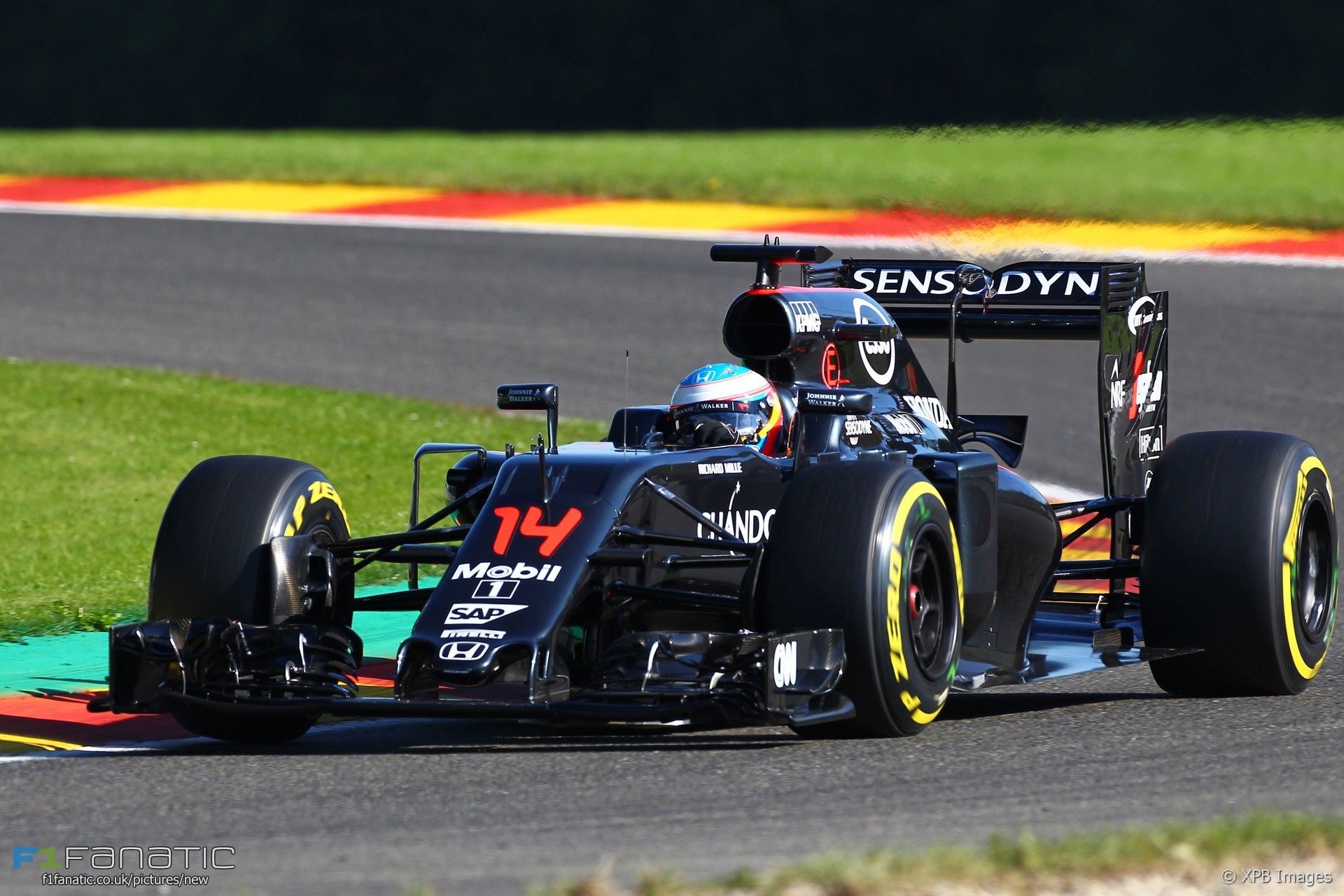 Alonso picked up 43.3% of the vote thanks largely to a start in which he jumped Lewis Hamilton, and his ability to keep the Williams’ cars at bay late in the race.

Like Hamilton, Alonso was on the back foot before qualifying as the team were forced to change his power unit multiple times. He did make it out in qualifying – albeit only for a handful of metres – and Honda later admitted it had been an error as they forced to change it again before the race.

Thankfully for Alonso the problems ended there, and he used his new power unit to great effect at the start – coupled with the incidents of others – to be inside the points by the end of lap three, and ahead of Hamilton whom he’d started behind.

He lucked into a net fourth place with the red flag and was powerless to resist Hamilton, Sergio Perez and Sebastian Vettel, but performed remarkably to keep the two Williams’ at bay and picked up a rather surprising seventh as a reward.

Fantastic drive. The sitting duck comment by Williams had me worried but Alonso showed them where the driver can make a difference when the pace is close.
@f1p1 (@f1p1)

He drove his McLaren much faster than it was supposed to go, and kept cars behind who haven’t seen the back of a McLaren-Honda before.
ColdFly F1 (@coldfly)

I was most impressed by Alonso, great performance in the race made even more impressive by how disrupted his weekend was.
Neil (@neilosjames)

The other driver forced to fight his way through the field – Hamilton – also picked up a high percentage of the votes after finishing on the podium Nico Hulkenberg also received much praise for his impressive run to fifth.

Hamilton may have got more headlines after going from 21st to a podium but when you analysed the events in the race, such as a few top cars dropping down the order after the first lap and then the way the positions changed after the safety car and red flag it wasn’t that surprising really.
PJA (@pja)

For me Alonso and Hamilton benefited a lot from the stupid red flag rule. If not for that they wouldn’t have finished as high as they did. Hulkenberg did a supreme job all weekend.
João Leite (@johnmilk)

At the opposite end race-winner Nico Rosberg received just six percent of the vote, while neither Ferrari driver scored highly after their tangle at turn one, despite some praise in the comments.

Voted for Rosberg. Got the pole in the first try. Avoided the first lap carnage and drove off into the distance.

Sure, his car was mighty quick (lapping faster in mediums vs others on softer tires). But he kept his concentration during the restart and drove off into the distance without giving others a sniff at 1st spot.

Controlled the race brilliantly to take his first win at Spa.
evered7 (@evered7)

Vettel had a good recovery drive but his contribution to the mess at the start can’t be overlooked.

In the end I went with Raikkonen. He beat Vettel in qualifying and was absolutely not at fault for what happened at the first corner. He went from last and a lap down to ninth despite his car being on fire and Verstappen’s excessive defending (yet again) and that didn’t seem too bad an effort for me.
Craig Woollard (@craig-o)