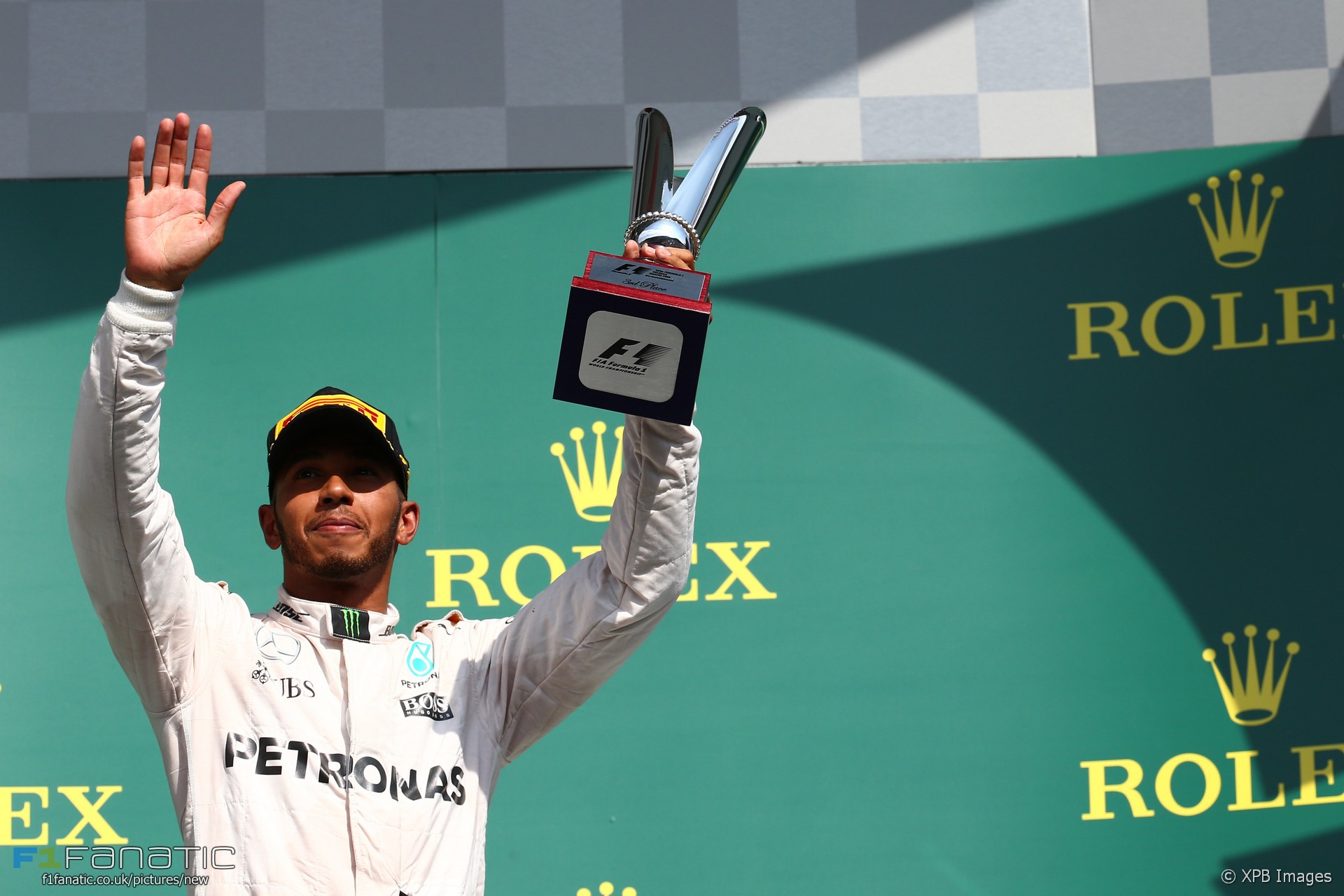 Rosberg also took his 28th pole position and led from start to finish for the seventh time in his career. He has now led more laps then anyone this year, 324, which is 16 more than his team mate Lewis Hamilton has.

However Hamilton claimed the fastest lap, the 31st of his career, meaning he is now on his own in fourth on the all-time list. His climb from 21st on the grid to third place was not the biggest recovery drive of his career: He started one place lower at the Hungaroring two years ago and also finished third (Hamilton also took third from 20th on the grid at Hockenheim in 2014).

Finishing on the podium having started outside the top 20 is very rare. This is only the 15th time it has happened, and four of those came in the Indianapolis 500 when it was part of the world championship.

Rosberg and Hamilton were separated on the podium by Daniel Ricciardo. His second place finish with Max Verstappen failing to score meant he has now out-scored his young team mate over the nine races they have raced together at Red Bull, by 115 points to 97.

However Ricciardo was out-qualified by the other Red Bull driver for only the second time this year. That means he is now tied with Valtteri Bottas for the best qualifying recording so far, having beaten his team mate 11 times out of 13.

Second on the grid for Verstappen was the best starting position of his career so far. However the race was the first time he’s seen the chequered flag without scoring a point this year.

Nico Hulkenberg equalled the best result of his career so far with fourth place, a position he previously reached at the same track four years earlier and in South Korea three years ago. Hulkenberg is yet to finish on the podium after 107 starts: the longest podium-less career belongs to Adrian Sutil who went 128 races without a top-three finish.

With his team mate Sergio Perez finishing fifth Force India moved ahead of Williams into fourth place in the constructors’ championship. This will be their best-ever finishing position if they are still there come the end of the season.

Finally, Esteban Ocon became the 71st French driver to start a round of the world championship. Appropriately he emulated his hero Michael Schumacher who also made his debut at Spa 25 years earlier, five years before Ocon was born.