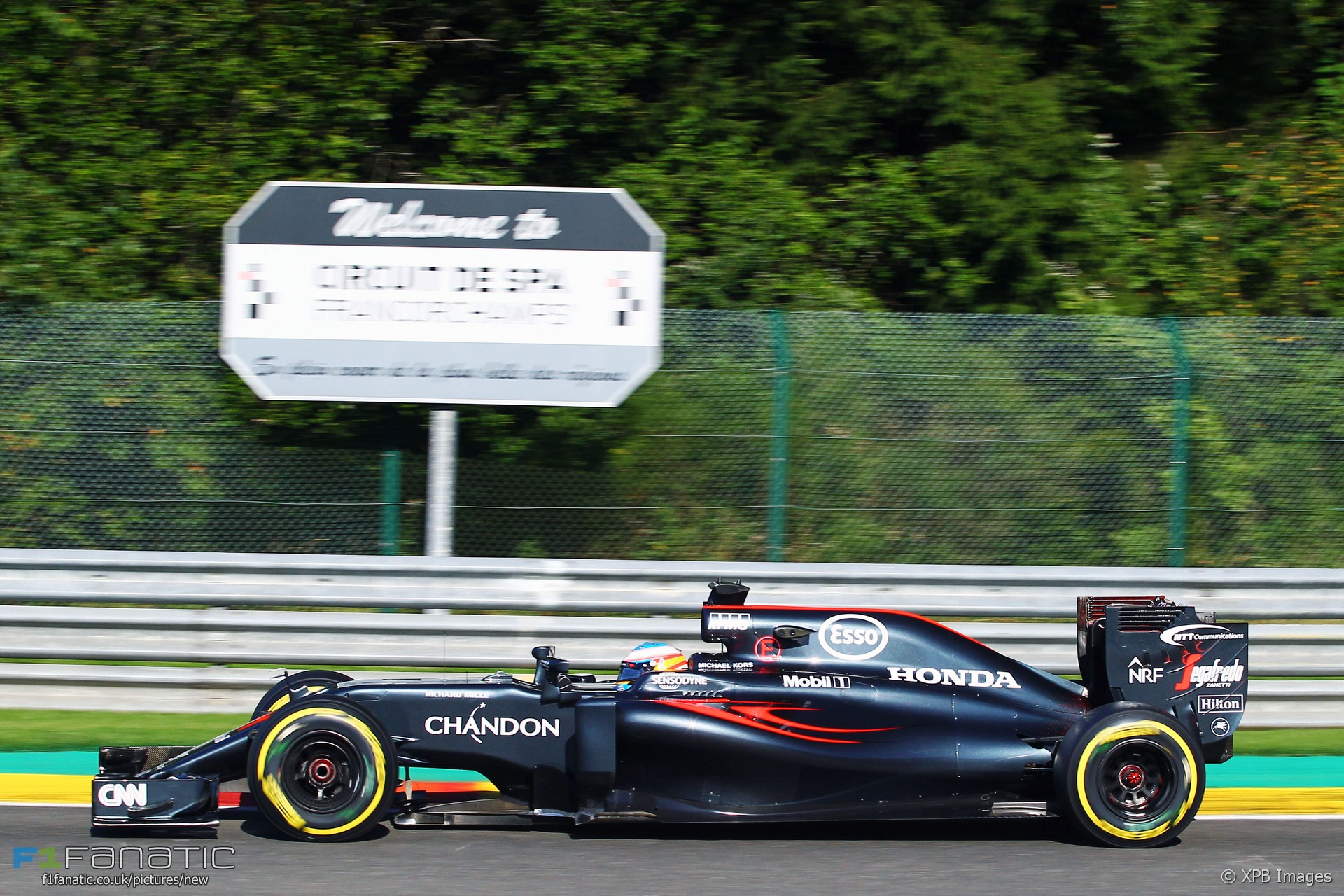 Fernando Alonso admits the prospect of finishing seventh at a circuit like Spa was an ‘unthinkable’ result only a few months ago.

Having traditionally struggled on power-dependent circuits with the Honda engine, Alonso says that McLaren exceeded their expectations for this weekend.

“It was an exciting race to drive and I had a good feeling throughout,” says Alonso.

“We had good pace this weekend, we did better than expected on this track. Believe me, a few months ago that would have been unthinkable on a circuit like this. That’s progress – real progress.”

After starting from the back of the grid after multiple power unit-related grid penalties, Alonso took advantage of lap one chaos and the early red flag stoppage to bring himself into contention.

“After all the bad luck we’ve had so far this weekend, we finally got some good luck today,” says Alonso. “We started last, but we managed to keep away from all the incidents, gain some positions thanks to the Safety Car and then a couple more because of the red flag.

“We then put on fresh tyres and found ourselves in fourth place – and, better still, we had the pace to manage the situation afterwards. Okay, we couldn’t hold back Lewis (Hamilton), Checo (Perez) or Seb (Vettel), because they were just too fast, but we had enough pace to keep Valtteri (Bottas) behind all the way to the flag.”

The six points gained by McLaren moves them ahead of Toro Rosso into sixth place in the constructors’ championship.

“It’s great news that we overtook Toro Rosso in the constructors’ championship,” Alonso says. “I think we can be regularly in the points from now on.”

15 comments on “Seventh at Spa an “unthinkable result” – Alonso”