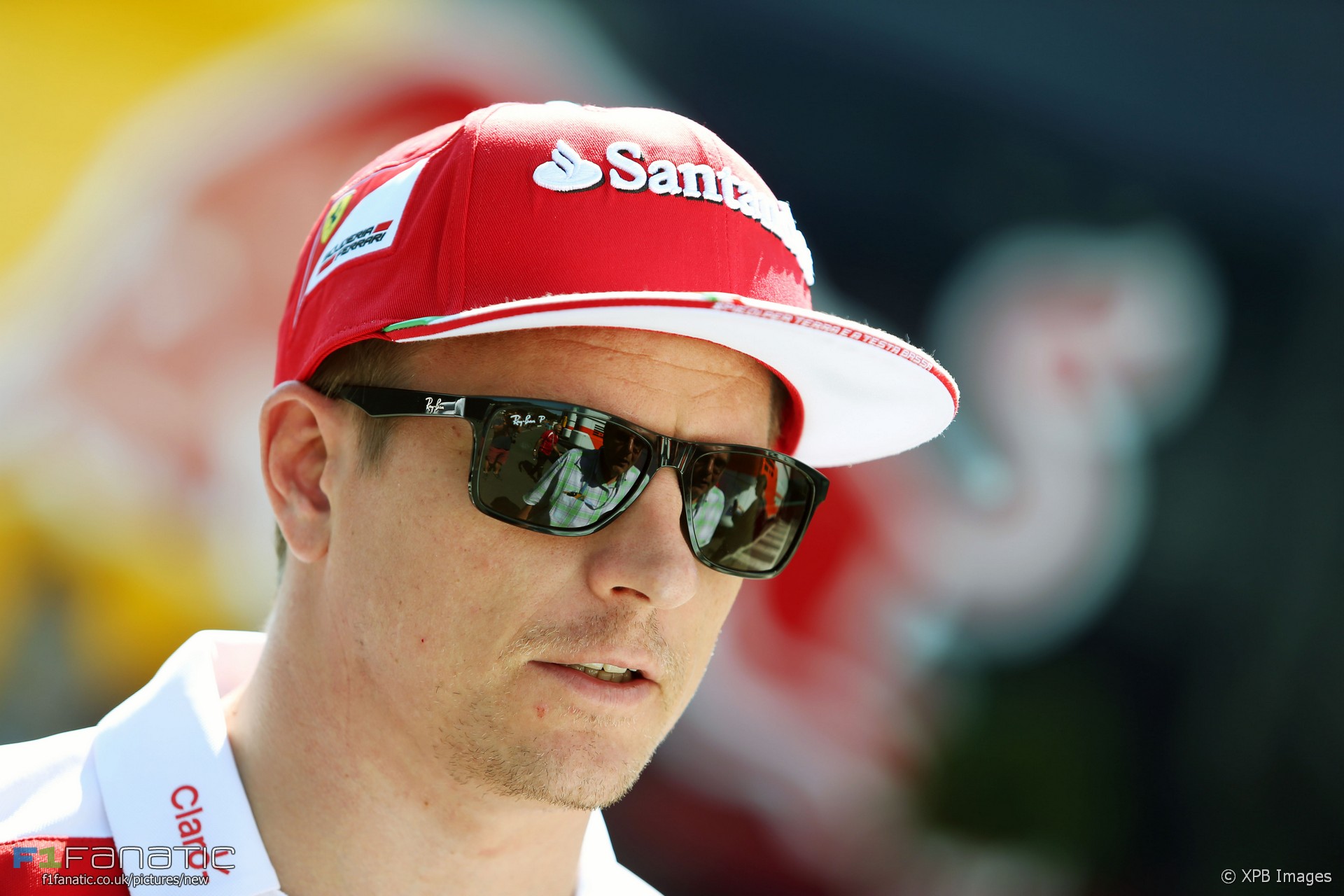 The Ferrari driver said he had to brake to avoid hitting the Red Bull when Verstappen defended his position on the Kemmel straight during the race.

“I’m up for a fair battle and close racing,” Raikkonen said to reporters at Spa, “but when I have to back off after Eau Rouge on the straight I have to brake not to hit him because he turns after when I move first time that I think it’s not correct.”

“And unfortunately there will be a big accident because of that.”

Raikkonen criticised Verstappen strongly on the radio during the race, claiming “his only interest is pushing me off the circuit”.

While Verstappen rejected Raikkonen’s complaints the Ferrari driver insisted “if I have to brake from full speed, I haven’t had that with any other driver. If I wouldn’t have braked I would have hit him full speed on the rear when we are in the full throttle. So obviously something is not correct.”

Raikkonen declined to blame anyone for the first-corner collision involving him, his team mate Sebastian Vettel, and Verstappen. “It’s hard to say, obviously I haven’t seen the replay,” he said. “I was a bit stuck between two cars.”

200 comments on “Raikkonen warns Verstappen will cause “a big accident””