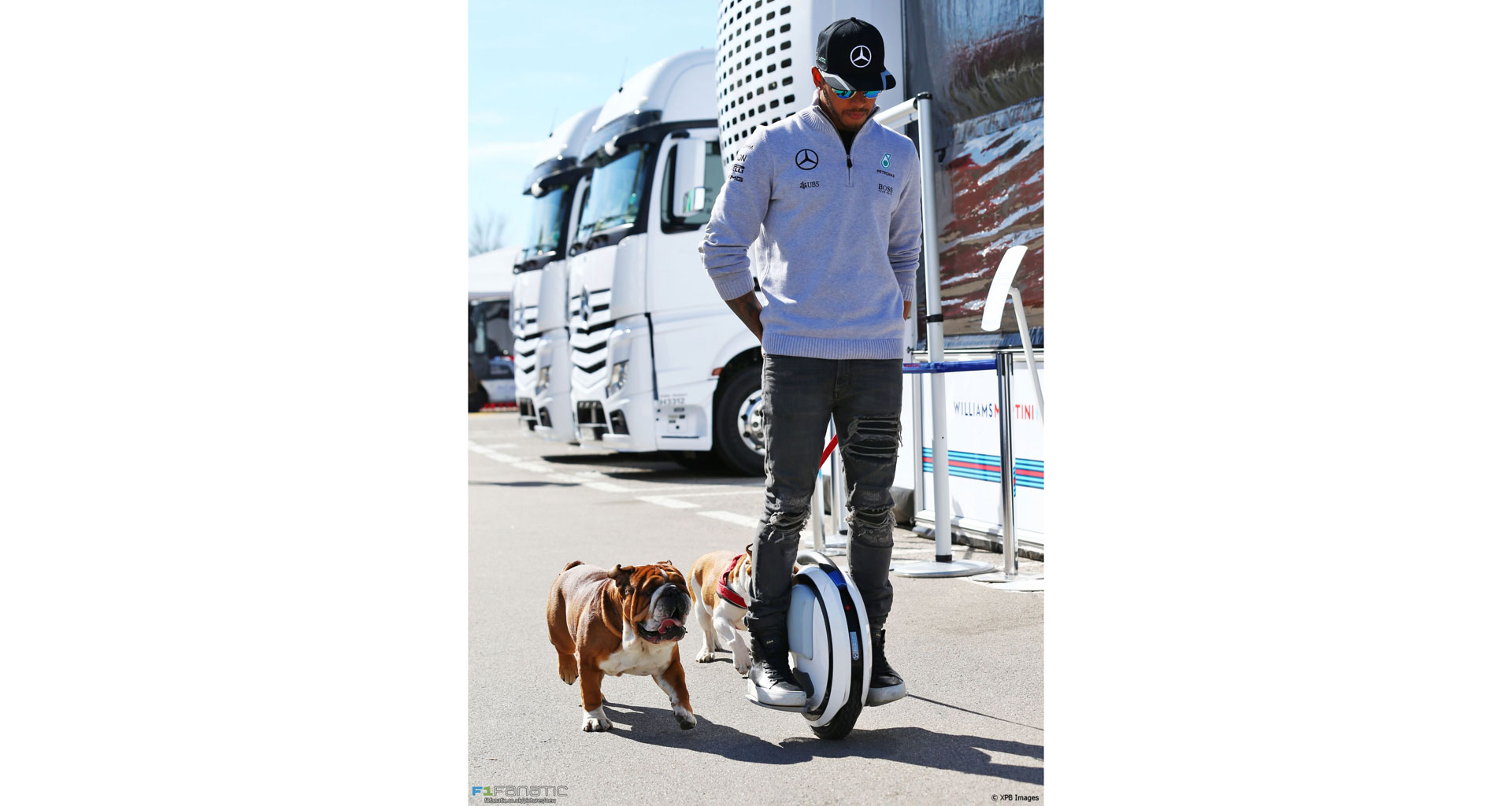 In the round-up: Lewis Hamilton says he is glad some critics of his lifestyle have now accepted it does not affect his commitment to F1.

"Lewis Hamilton says it is an 'awesome' feeling to be winning over doubters who have criticised his lifestyle outside of Formula One."

"It's a race of who started (2017 development) first and maybe someone started first and has done a good enough job."

"The Sports Ministry is disappointed with the decision, as Manor's racing director Dave Ryan in February promised Rio Haryanto would race a full season in F1."

"They want to bring it for ’18, but if something happens in ’17, you look back and say 'ah, maybe we should have left the Halo (on) for one year', before bringing on the nice-looking super-safe aspect for 2018 that they have promised."

"I expected that we would be kind of where we are, I'm still very happy."

"My driving style is not ideal for GP2, I'm kind of an aggressive driver which works in qualifying, we saw it last year and this year as well, but in the races it's not so good."

"Continue eating popcorn and throwing balloons full of flour from the donations that you receive without doing anything for them and continue talking shit while my foundation and our friends, like my brother Lewis Hamilton and everyone else that helps us out continue creating enough awareness in order to save the planet from the mess that you and your stupid outdated methods created. Ohh, and my kids are not drugged like you said so."

Ferrari may have lost their way again, but things could be worse reckons @Jureo:

Seems they are always one restructure away from winning titles. Sadly its always next technical team, next year, next, rule set, next driver…

They are however reliably close to the top. Look at what happened to other legacy teams: McLaren, Williams.
@Jureo

James Hunt took pole position for the Austrian Grand Prix 40 years ago today. But Ferrari were not present following Niki Lauda’s near-fatal crash at the Nurburgring – and had even tried to get the Osterreichring race weekend cancelled.