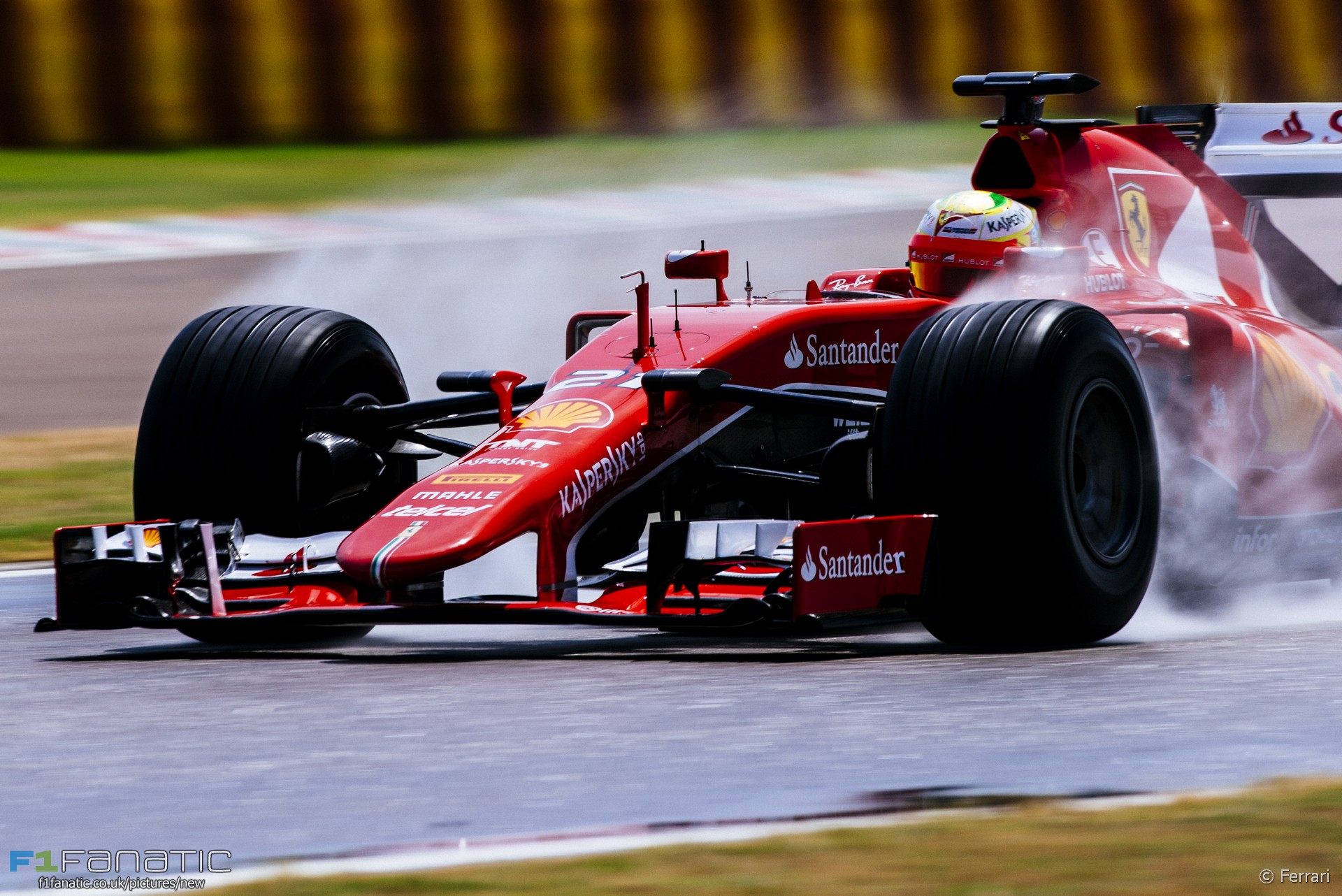 The current championship has passed its halfway point and many teams are already turning their attentions to the 2017 season.

But while the teams, drivers and circuits will remain mostly unchanged its the cars which will get an overhaul next year.

Here’s everything we know about the 2017 F1 season so far.

Formula One is heading for another of its periodic overhauls in the technical regulations next year. Following the introduction of a new engine formula three years ago, this time it’s the aerodynamics and tyres which the focus.

The cars and wheels will become wider, the former returning to the two-metre width last seen in 1997. Compare how the new cars will look with the current designs here:

Pirelli will continue as F1’s official tyre supplier, beginning its third three-year deal. However it has indicated the 2017 season will see the introduction of more durable tyres – meaning an end for the ‘high degradation’ rubber it has produced until now:

Testing of the new, wider tyres began at the start of this month. Ferrari, Red Bull and Mercedes are carrying out all of the development work in a programme which lasts until November, but they must share all the data gathered with their rivals:

The Halo head protection system will not be introduced in 2017, but remains under consideration for the following season. The minimum weight for a car will rise by 20kg to 722kg. This is an increase of 80kg compared to 2013:

No changes have been announced to the driver line-up for 2017 yet but ten drivers already have deals announced for next year. They are:

That leaves a dozen placed yet to be filled, officially at least. Vijay Mallya has also verbally confirmed Sergio Perez and Nico Hulkenberg will remain at Force India but while Hulkenberg has acknowledged this to be the case, Perez has not.

Under new regulations being introduced next year if a team cannot agree a deal with a power unit supplier then the manufacturer who supplies the smallest number of teams must offer them a deal at a stipulated rate. At present that manufacturer is Honda. Entries for the new season are open until November 1st.

Further rules changes are planned for 2017 providing they are approved. These include preventing drivers from making changes to their cars during race suspensions and increasing the use of standing starts for wet weather races:

Formula One experimented with a new qualifying format at the beginning of the season. It proved highly unpopular and was dropped after just two races. However a “global assessment of the format of the weekend” began earlier this year involving the FIA, FOM and the teams, so further changes are possible.

After an exhausting, 21-race calendar teams may be relieved to see the schedule contract next year. However the anticipated reduction in the number of events is likely to come at the expense of historic races closer to home rather than fly-away rounds.

The Italian Grand Prix still does not have a contract in place for next year. If Monza is unable to continue to afford Bernie Ecclestone’s prices the race could move to Imola. However a recently-passed piece of legislation may prevent that from happening.

If F1 does remain at Monza, next year’s race could take place on a re-modelled track:

After a one-year absence last season, F1’s return to Germany two weeks ago was greeted by another poor crowd. The Hockenheimring does not have a contract to hold the race in 2017, but does have one for the year after.

The other venues on the calendar this year should remain, barring any unforeseen financial problems.

There were concerns over the continuation of the United States Grand Prix at the Circuit of the Americas as competition from the Mexican Grand Prix plus very poor weather depressed spectator numbers last year. However a new tax deal earlier this year also saved the circuit’s owners millions of dollars.

Azerbaijan, the newest addition to the F1 calendar, held its first grand prix earlier this year and has a ten-year contract running to 2025. However the manat has recovered none of the value it lost in its late-2015 slump, meaning the race is now costing its organisers much more than they originally envisaged, something which may jeopardise the future of the event.

What are you most looking forward to in next year’s championship? Have your say in the comments.