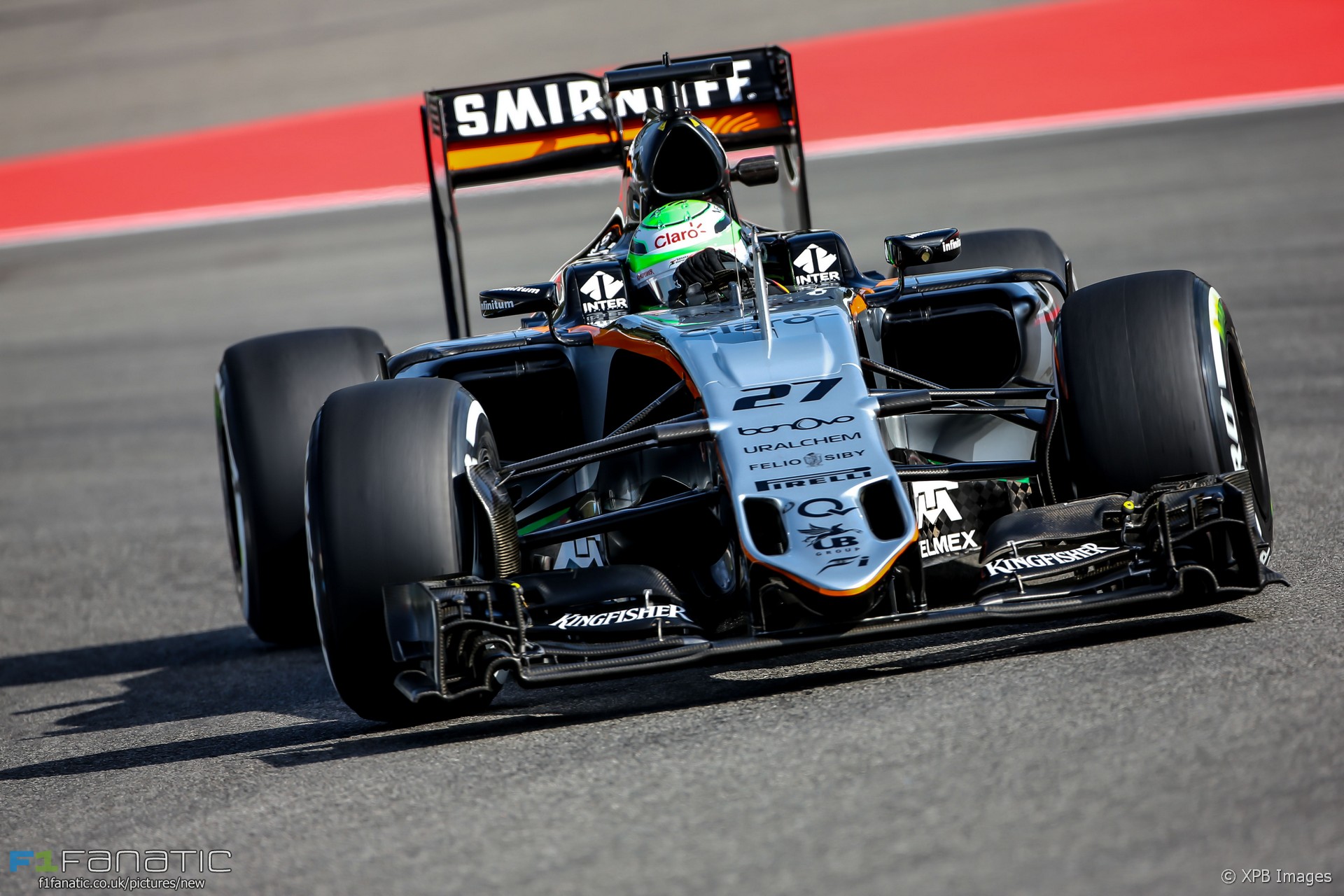 Nico Hulkenberg has been given a one-place grid penalty for the German Grand Prix.

Force India were found to have used a set of tyres during qualifying which they had notified the FIA would not be used following the final practice session. Teams are required to return one set of tyres before qualifying begins.

These tyres are scanned electronically to notify the FIA they will no longer be used. However one of the scanned sets was fitted to Hulkenberg’s car during qualifying in error.

Hulkenberg’s comparatively light sanction sees him moved back one place on the grid from seventh to eighth, promoting Valtteri Bottas.

Hulkenberg was pleased with his qualifying effort, saying “most of my laps in the session came together nicely and my final effort in Q3 was spot on”.

“The long run pace is competitive, too, so we’ve got every chance of getting a great result this weekend,” he added.