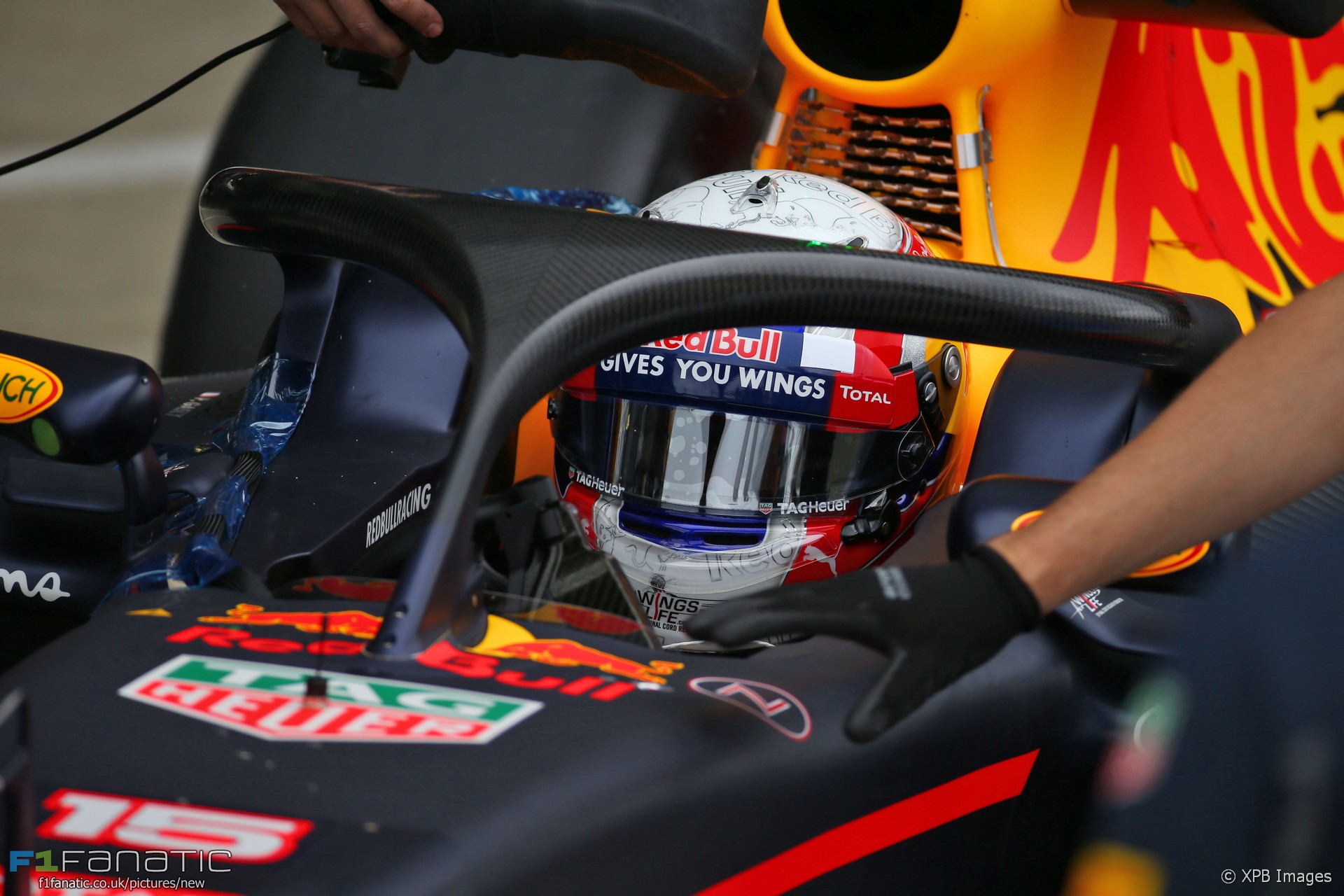 The Formula One Strategy Group has decided against implementing the Halo head protection system next season.

A statement issued by the FIA said the group had “agreed unanimously that the 2018 season will see the introduction of frontal cockpit protection for Formula One cars in order to signiﬁcantly enhance the safety of the drivers”.

The FIA previously stated in February that Halo was the “preferred option” for introduction in 2017.

However the Strategy Group today declared that “owing to the relatively short time frame until the commencement of the 2017 Formula One season it would be prudent to use the remainder of this year and early next year to further evaluate the full potential of all options before ﬁnal confirmation”.

“This will include undertaking multiple on-track tests of the ‘Halo’ system in practice sessions during the rest of this season and during the ﬁrst part of the 2017 season.”

“While the Halo is currently the preferred option, as it provides the broadest solution to date, the consensus among the Strategy Group was that another year of development could result in an even more complete solution.”

“Halo remains a strong option for introduction in 2018,” it added.

Earlier today Sebastian Vettel claimed around “95%” of drivers were in favour of introducing the Halo and urged the FIA to force its introduction on safety grounds if the teams failed to back it.