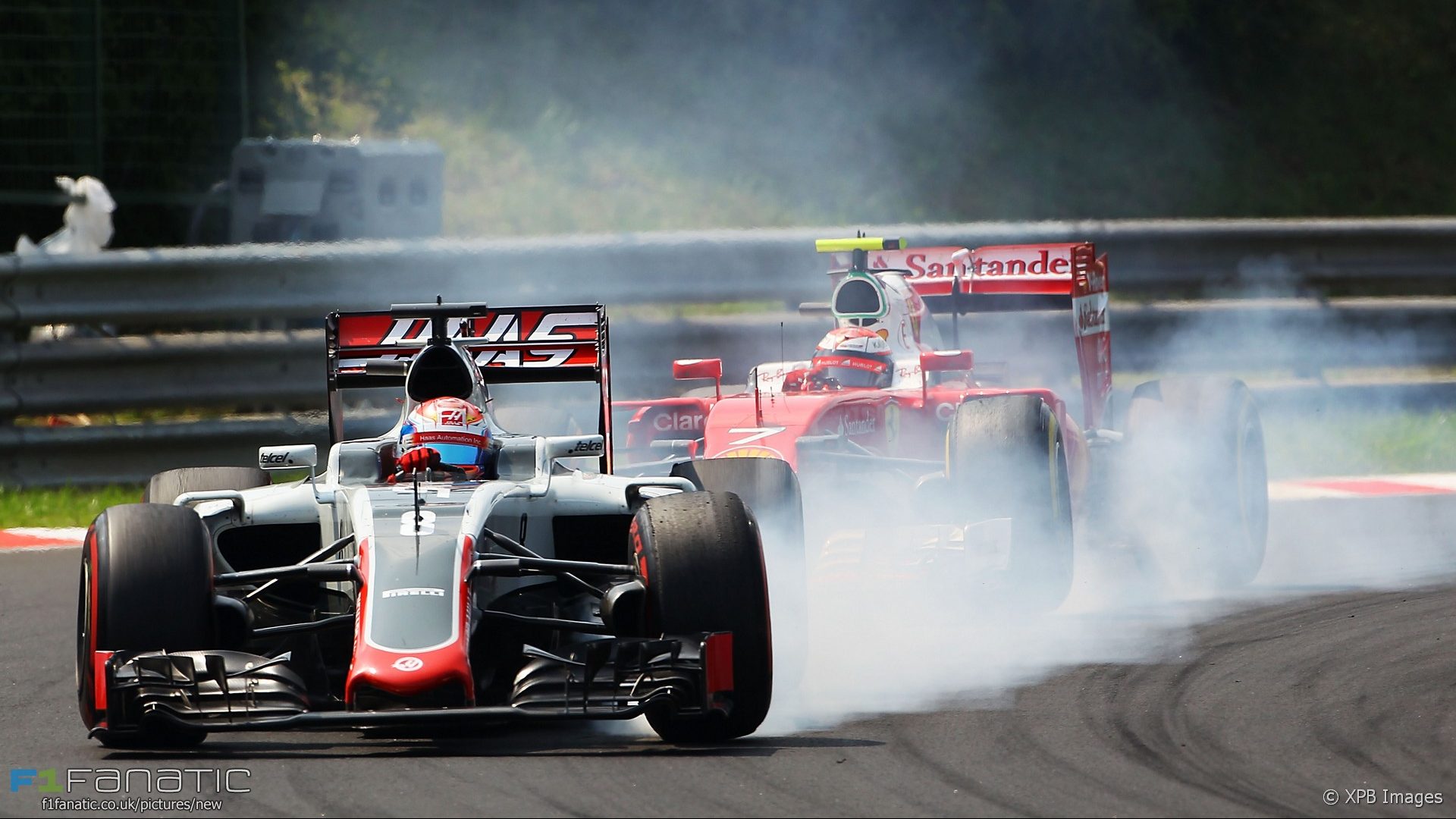 Max Verstappen’s complaint that he was “driving like a grandma” struck home for those of you who found the Hungarian Grand Prix processional and dominated by strategy.

And while some seemed to genuinely enjoy the race and its general lack of slam-dunk DRS passes, its overall rating of 5.05 out of ten – the second-lowest so far this year – shows those were in the minority.

Here’s your verdict on the Hungarian Grand Prix:

It wasn’t great and there wasn’t much going on for most of the race, but there was potential later on with both Ferraris behind both Red Bulls. The cameras seemed focused on the Verstappen and Raikkonen battle so we didn’t really get to see how close the Ricciardo and Vettel battle was but I assume Vettel didn’t make any serious overtaking attempts as there would have shown them.

After Hamilton made the better start and took the lead, considering how difficult overtaking is at the Hungaroring he was only ever going to not win if he made a mistake or ran into other problems, however a few times during the race it looked as if Hamilton didn’t have the pace of Rosberg, but in the end it seemed as if he was just managing the race, protecting his engine and making sure his tyres lasted as whenever the gap did get below 1 second and in DRS range it quickly went up again.

When Ricciardo made his second stop I thought it seemed early but given the undercut and how important track position is I thought Mercedes would have to react, but they obviously have more information and were proved correct as after a few laps even though he was on fresher tyres Ricciardo was no longer closing the gap.
@PJA

This race had close to nothing for me. No overtakes that mattered, no tension on the strategy front, no nothing. Just a battle for fifth, but that could not make up for the rest of the race.

It may have been a race of little overtaking but some of you appreciated the fact DRS did not make for easy passing:

I loved it. There were battles for first, third and fifth and DRS did not spoil them, hard racing. This was a very traditional type race. Yet again Verstappen outstanding defence if a bit borderline but for me he is special like Senna or Schumacher for this. I loved the strategy aspect and Raikkonen was like 2005 version, if only he was not screwed by the ever improving track in qualifying. If Mercedes were not there the battle between Red Bull and Ferrari race after race would hold such prominence and make the races epic.
Markp

Not dreadful by 2016 standards, but it is a comedown from the past two thrillers at the Hungaroring.

I think this was a race that got people’s hopes up, the one where it felt possible that Red Bull could spook the Mercedes like they had in Monaco. It looked fairly competitive up the sharp end. Hamilton couldn’t build any sort of advantage, Ricciardo was quicker on the softs, and Vettel was clinging in there as well. Similar to Austria, the race had several prolonged battles, but this time many of them went unresolved. Vettel probably needed a lap or two more to nab Ricciardo and the same goes for Raikkonen on Verstappen.

You know when DRS barely gets a mention, that it’s worked. Without it I can’t imagine anybody would have gotten within a second of the car ahead this afternoon.
Black n Blue

‘Pace management’ may not scream great racing to everyone, but some genuinely appreciated what they saw:

An excellent strategic battle. Never quite sure if Mercedes were feigning their lack of usual dominance, with extra kudos to Hamilton for winning the race in the slowest time possible. That level of pace management, with your rival breathing down your neck was the stuff of champions. Always with an eye to up and coming races, car preservation whilst winning. Awesome.

This was a good, solid F1 race, typical of Hungary, with very few passing opportunities and some careful strategising to try and pressure Merc into some wrong moves.

Raikkonen impressed for a change, Verstappen borderline aggressive defence, but I wouldn’t want it any other way. Shame for Palmer, where that point would have seemed like a win. Not sure if he had a technical issue, but he’s not been that impressive to date.
@Psynrg

But even the strategic aspects of the race fell short for others:

Chess match Formula One races are only interesting if someone loses their queen. I think a few pawns got nabbed and a bishop looked in trouble once. But that was it.
@Roodda

Couldn’t get excited over the Raikkonen-Verstappen ‘battle’ either as Raikkonen was obviously never going to overtake him. Didn’t even come close really.
@Deej92

Some good racing between Raikkonen and Verstappen and, honestly, not a lot more.

I heard that there was a somewhat decent battle between Ricciardo and Vettel, but you’d never know based on the feed. To me this was probably the weakest race of an otherwise pretty good season. Qualifying was certainly entertaining though.
Michael Baumert (@Nothingreal)

I didn’t think we would see a race prove to be more boring than Baku the rest of this season, but I think Hungary just did it.
@CaptainRon19

Very very dull. Felt like a waste of my Sunday afternoon when I could have been out with friends instead. Feels like the good races are getting rarer and rarer. Baffling penalty for Button.

Now watching the World Endurance Championship and the contrast could not be more stark.
@MazdaChris