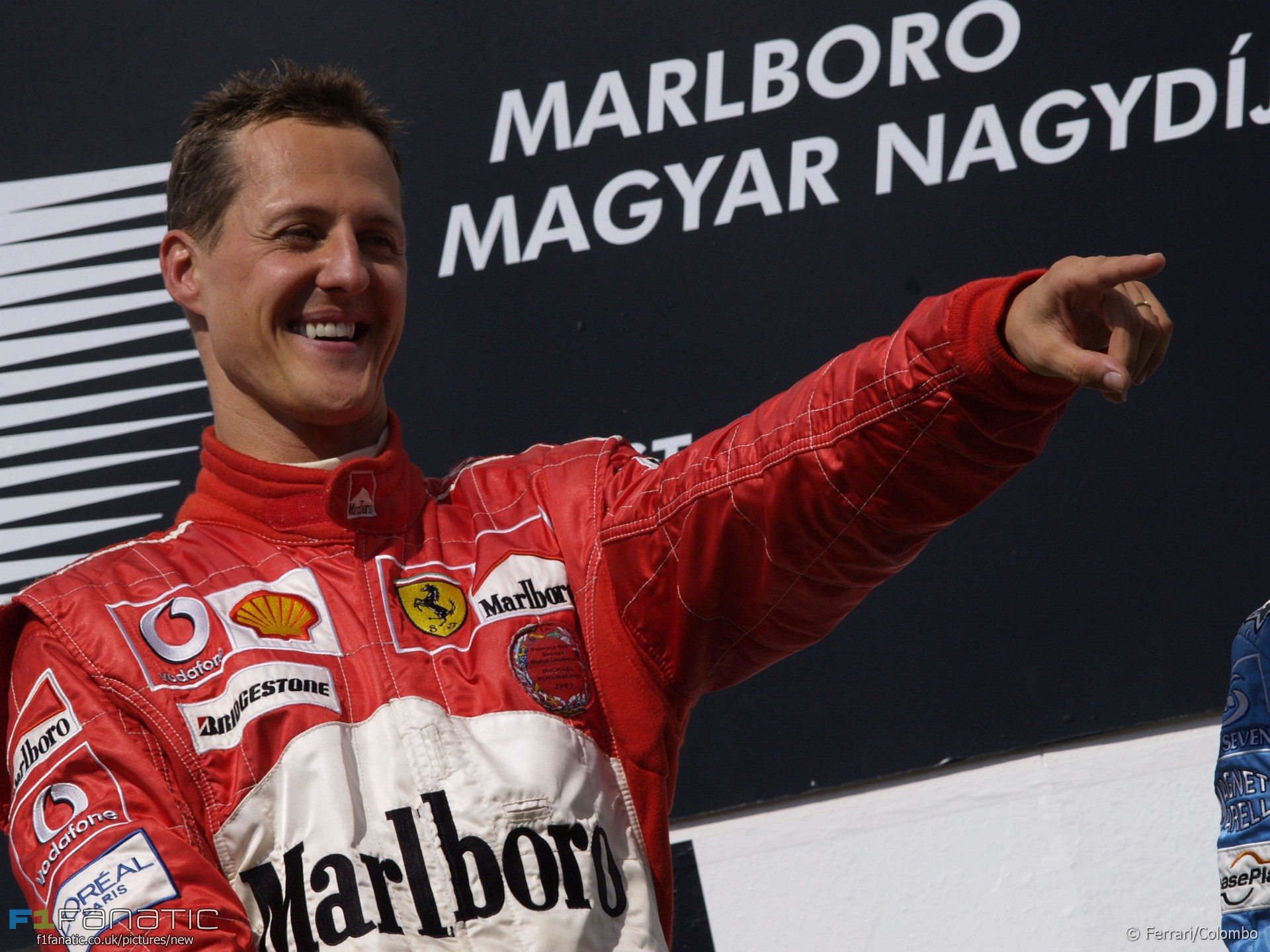 Lewis Hamilton’s fifth Hungarian Grand Prix victory made him the most successful driver in the history of the race which was held for the first time 30 years ago.

For the second race running Hamilton surpassed Michael Schumacher’s victory tally at a particular grand prix. However Schumacher continues to hold the record for most wins at many other rounds of the championship, and Hamilton will need a few more years of racing to have a chance of passing them.

Here’s how they compare at a selection of some of the longest-running events on the calendar:

Hamilton’s run of form at the Hungaroring even extends to practice sessions. Until his crash during second practice on Friday he’d headed every one at the track since 2013.

Hamilton claimed the 48th victory of his Formula One career, leaving him three wins shy of Prost in second place on the all-time winners list. It was his fifth win of the season, drawing him level with Nico Rosberg, though his team mate has led more laps: 280 versus 241.

Rosberg took his 26th career pole position, putting him level with Mika Hakkinen, but has to wait for his 20th career win after losing his lead at the start. This was the sixth time in the eleven races so far this year the pole sitter hasn’t led at the end of lap one – and on two occasions Safety Car starts meant the pole sitter wasn’t under threat.

Kimi Raikkonen already has more fastest laps than any driver bar Schumacher and he added to his collection in Hungary, setting his 43rd. Schumacher recorded 77.

But the most unusual statistic from last weekend surely belongs to Fernando Alonso, who as well as qualifying and finishing seventh also finished in the same position in all three practice sessions.