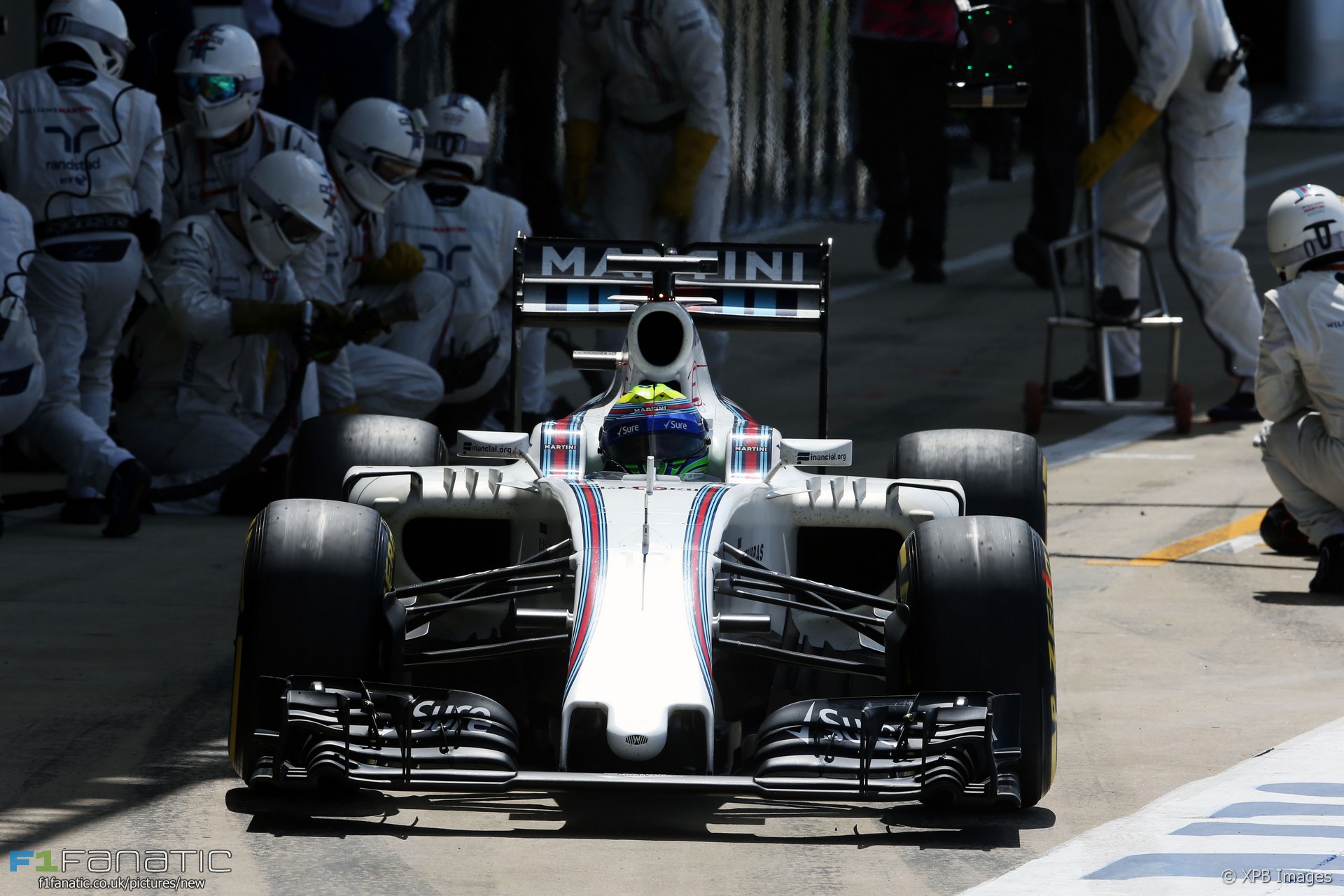 Formula One’s official tyre supplier advised teams to run no more than 28 laps on the medium compound tyre. However every points-scoring driver in the race and 14 of the 17 total finishers did just that.

A wet start to the race reduced the strategic options available to teams as all the drivers had to start the race on the wet weather tyres. By the time the start was given five laps in ten drivers felt the conditions were ready for intermediate tyres and pitted.

Felipe Massa was one of the few drivers who made a late pit stop to switch to the soft tyres, dropping out of the points as a result. Unusually Williams did not have the fastest complete pit stop of the race – their best effort was only eighth-quickest.