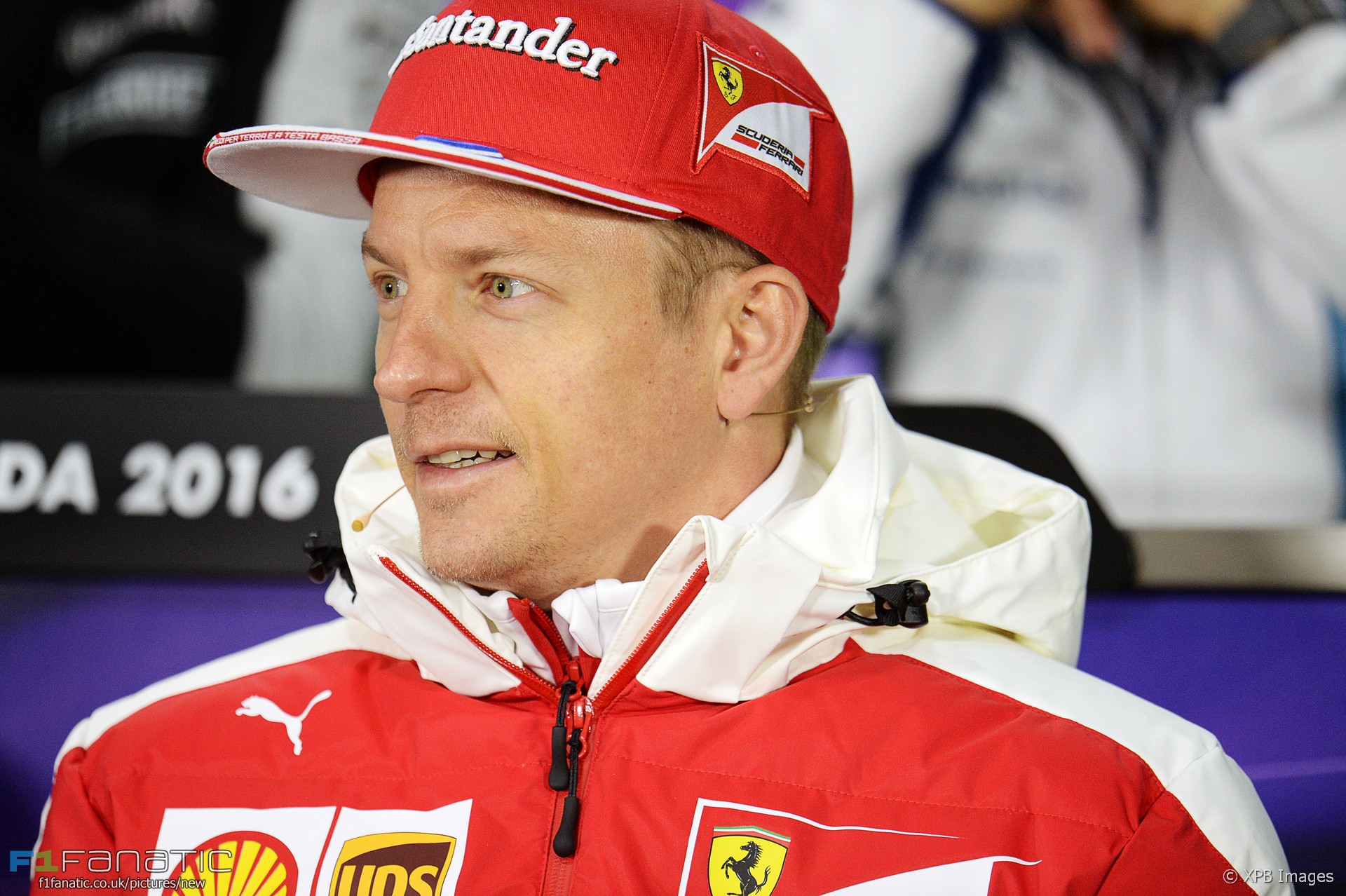 Kimi Raikkonen will continue to drive for Ferrari in 2017, the team has announced.

A statement issued on behalf of team principal Maurizio Arrivabene said: Scuderia “Ferrari announces that it has renewed its technical and racing agreement with Kimi Raikkonen.”

“The driver line-up for the 2017 racing season will still consist of the Finnish driver and Sebastian Vettel.”

Raikkonen rejoined the team in 2014 following a three-year stint between 2007 and 2009 during which he won the world championship in his first season with the team. He has taken four of the team’s nine podium finish so far this year and is tied with Vettel on 96 points.

Sunday’s race will be Raikkonen’s 100th as a Ferrari driver. His most recent victory for them was at Spa-Francorchamps in 2009.

Ferrari join Red Bull in confirming an unchanged driver line-up for next season. Mercedes are in discussions with Nico Rosberg to retain his services alongside Lewis Hamilton.