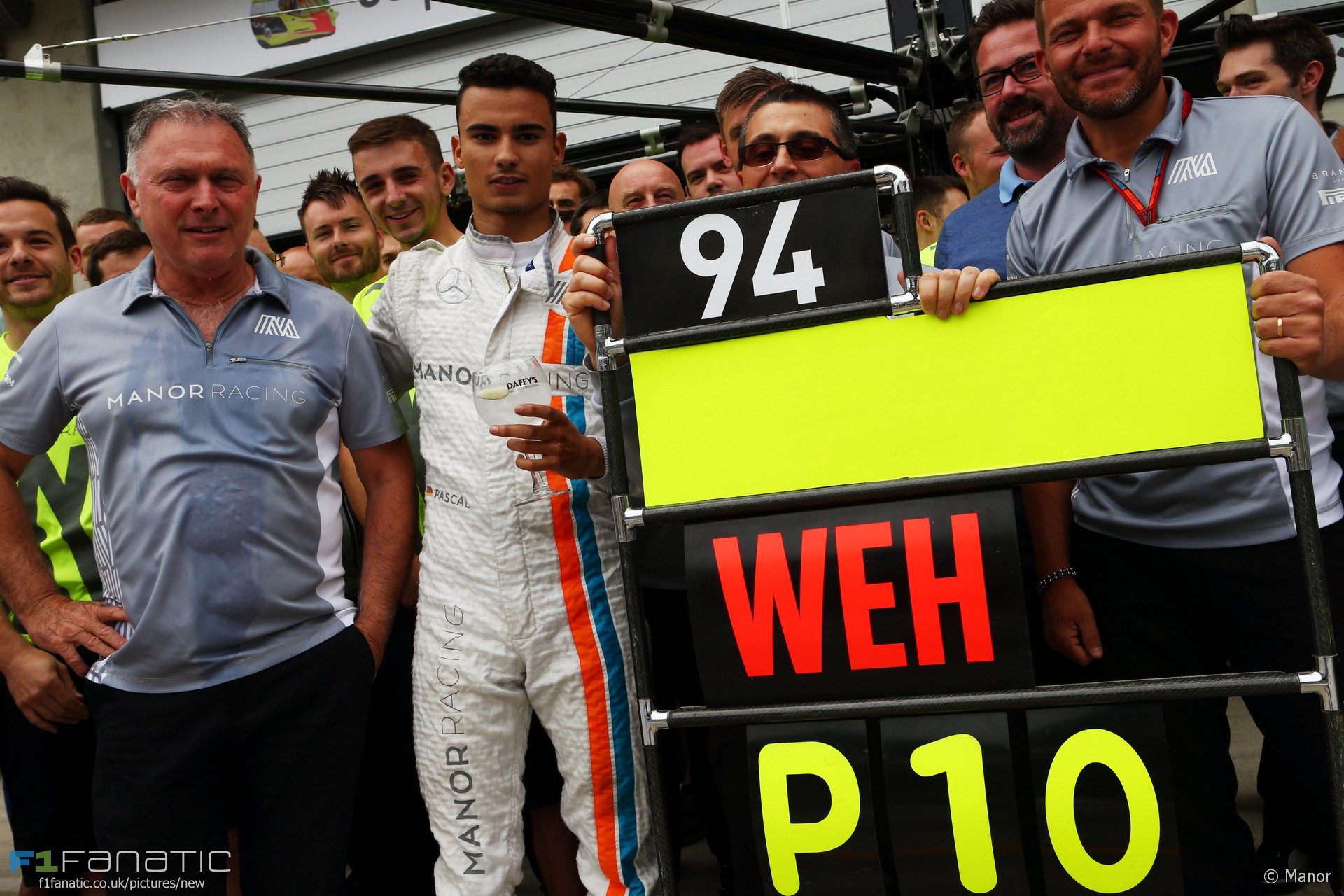 Pascal Wehrlein scored his first point in the Austrian Grand Prix – and was voted Driver of the Weekend by F1 Fanatic readers.

An encouraging 13th in the final practice session indicated that on the power-dependent Red Bull Ring a Manor could make it into Q2 on merit. Wehrlein delivered the goods with a superb lap in Q1 and went on to equal the team’s highest starting position so far with 12th.

He nearly started even higher after incorrectly lining up in the tenth place spot left vacant by Felipe Massa. Having had the presence of mind to reverse into the correct position, moment after the start Wehrlein found himself having to back off as he was pincered by two rivals at turn three.

Avoiding the super-soft, Wehrlein ran two stints on the ultra-softs before running to the end on the softs. This minimised the time lost to blue flags and left him well-placed to benefit from Sergio Perez’s last-lap retirement, claiming an excellent tenth and the first point of his F1 career..

Classified 12th with a Manor while his teammate was out in Q1, finished 10th and brought home points for only the second time in the team history. It reminded me of Bianchi when a saw a Manor in the points again. Werhlein is the man!
@GabrielRocha

Wehrlein and Button were the two contenders for flawless weekends, but in the end I give it to Wehrlein for destroying Haryanto in the same car and for a Bianchi-esque drive.
Uzair Syed (@Ultimateuzair)

I have to admit that I have been a bit disappointed by him so far this season, I don’t follow any feeder series but reading about the two Manor drivers journey to F1 at the start of the season I thought Wehrlein would easily have the beating of Haryanto, but so far that hasn’t really been the case.

That changed this weekend when he showed what he is capable of, getting the Manor into Q2 on merit and qualifying twelfth and then managing to score his first points in F1 with a tenth place finish.
@PJA

Utterly amazing, scored points and he was the star of qualifying. Manor thoroughly deserved that.
@Geemac

Jenson Button, Max Verstappen and Lewis Hamilton took most of the rest of the votes. However nobody voted for either of the Williams or Renault drivers.

Button timed his qualifying run to perfection to maximise his chance of a drying track, nailed the race start and then held off quicker cars for longer than expected before overtaking quicker cars to finish an outperforming 6th position.
@GregKingston

Easy pick for Verstappen for me. Beat his teammate fair and square and reached the podium on his own merit.
Ronald (@Mosquito)

3 comments on “Point earns Wehrlein Driver of the Weekend win”