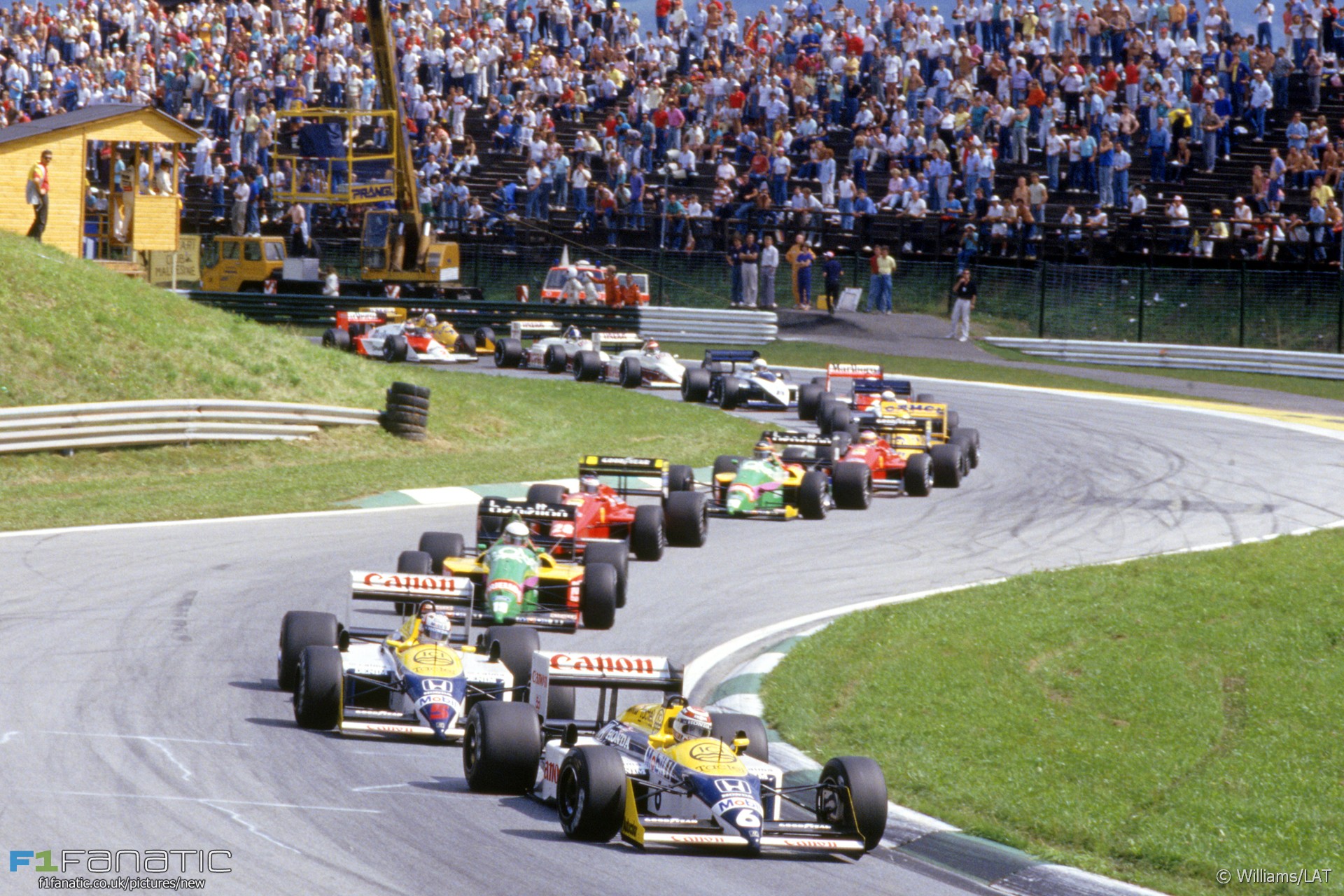 “The best news I’ve probably heard in Formula One for a long time,” was Lewis Hamilton’s reaction to reports part of the old Osterreichring could be revived in 2017.

Before its was dropped from the F1 calendar after 1987 and overhauled by Hermann Tilke for its return a decade later, the home of the Austrian Grand Prix was one of F1’s fastest circuits. In its current incarnation it remains quick by modern standards, but the new layout remains in the shadow of its formidable predecessor.

“They’re going to take a track back to what it should be or what it was previously,” Hamilton enthused. Hopefully he’s right, as F1 is running low on high-speed tracks where the dramatic capabilities of grand prix cars can be fully appreciated.

The ultra-fast Hockenheimring is long gone. And F1 may not stick around after this year to race on Monza’s proposed new, quicker circuit.

The Osterreichring once vied with these names for the title of F1’s fastest circuit. In its current incarnation the Red Bull Ring is the fifth-quickest track in F1. Could the proposed westward expansion onto the old layout make it even faster?

As far as the track layout is concern there are three challenges facing them: how to configure the track were it leaves the current circuit at turn one and rejoins it at turn two, and whether the old Tiroch Kurve – the fast, sweeping right-hander at the northern end of the old loop – can be retained in some form.

Reconstruction work has already been done at the sites of the current turns one and two. Instead of the current right-hander after the start, cars will continue to a slow left/right chicane. This will bring the racing line over to the opposite side of the track. It also means the existing pit exit will have to be altered.

From there it remains to be seen how much of the old 1.6-kilometre stretch of track could be used without further changes being made. The lack of run-off around the outside of Tiroch would surely rule it out. But there is a conveniently tree-less section on the inside of the corner giving an opportunity to re-profile the curve and create more space on the outside.

Recent trends in track design have also indicated circuit designers are being given more leeway to create corners with less run-off. FIA safety delegate Charlie Whiting said last year run-off areas on some current circuits are larger than they need to be. New developments can take advantage of advances such as asphalt run-off areas, Tec-Pro barriers and SAFER walls.

Reviving part of the Osterreichring would do justice to Red Bull’s reputation for extreme sports. Restoring the high-speed character of the original circuit could make this fine track a truly glorious one.

But if the brief is to extend the circuit out of some misguided view that it is ‘too short’, and their intention is to do so by carving up the last piece of the Osterreichring by building a section which looks like it belong in Sochi, then they shouldn’t bother.

30 comments on “A revived Osterreichring could be glorious”